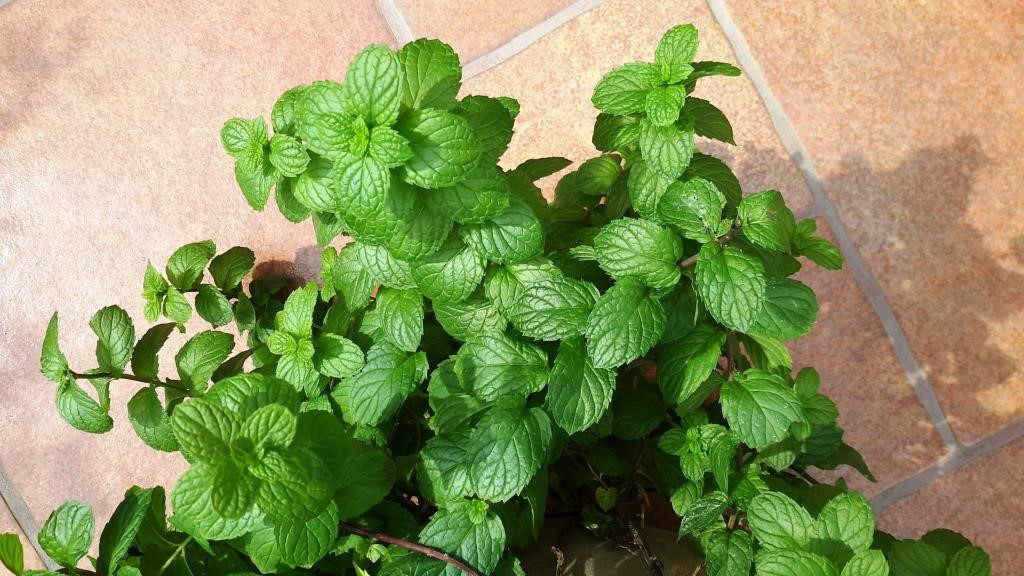 Mint Mentha
Family Labiatae
Also known as (Read on!)
So, you wish to grow some mint? Great idea! But, what kind do you wish to enjoy?

As one might expect, Spearmint and Peppermint are generally accepted as the most popular choices. According to Richard Marshall and Charles J. Ziga, in “A Handbook of Herbs,” “These two mints are widely grown for their digestive benefits and for the cooling flavor they lend to summer drinks. (A personal “Tommy aside”: I well remember savoringly swilling several of such at the Kentucky Derby way back in 1965 – but expanding on the aftermath would be most inappropriate at this juncture in my life!) Peppermint is a natural hybrid between Water Mint (M. aquattica) and Spearmint.” (Both are) carminatives and anti-spasmodics, and help alleviate feelings of nausea and vomiting.

But, it certainly doesn’t stop there. In the Mentha Genus, there are over 600 different varieties and, just one step beyond that, Lamiaceae is the seventh largest group among flowering plant families and includes somewhere around 7,000 species.

(From a wholly individual standpoint, if given carte blanche in the personal application and use of any aspects from all available mints, my top four would be the Philadelphia, Denver, San Francisco, and West Point. Whoops, there I go again, allowing myself, semantic, daydream digression!)

Mint varieties of the plant sort can cross pollinate with other types, hence never grow different species in close proximity, as they will lose their distinctive flavors. Like long distance traveling in a car with children in the back seat, it’s best to keep them well separated. We’ve done so (with the former not the latter) by keeping them in their own, individual pots. I’d also encourage not planting them directly in your garden proper without good borders, as Mints are quite invasive.

Some worry about Mint’s loss of taste after the plant flowers. Actually, their leaves can be used at any time pre or post flowering. However, the flavor may be slightly diminished after those blooms appear, so simply add more leaves to realize the same effect. But cut the flowering stems back after you’ve harvested the leaves. 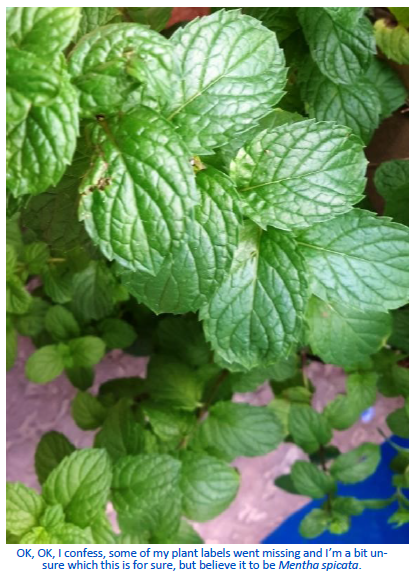 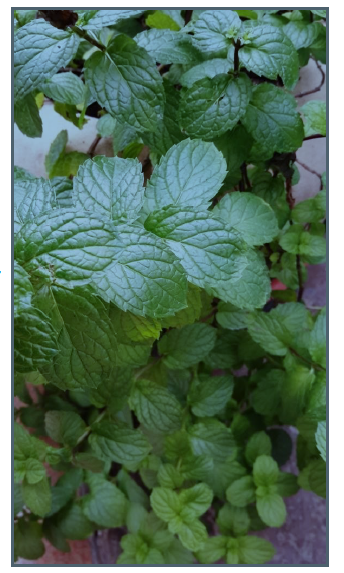 They’re not just another pretty face or delightful smelling fellow. These yummy herbs complement an array of culinary applications. Here, again, I quote Marshall and Ziga, “Mint sauce, made by adding finely chopped mint to sweetened malt vine-gar is used for lamb dishes because it makes the immature meat more digestible and stimulates the digestive system. Fresh Mint is used to improve the flavor of peas and new potatoes. Potato salad can be lightly garnished with fresh mint and dried mint leaves can be used in pea soup and in seasonings, gravies and (sparingly) in pea and bean purees. Mint is also used in cooling, refreshing yogurt dips.”

Some varieties of Mint are appreciated for their aromatic properties or simple, aesthetic appearances. Yet others are used by some as herbal remedies for the easing of queasy stomachs, calming anxiety and stress and anxiety, and promoting a more restful sleep. Peppermint tea, for example, has long been taken to calm the digestive tract and alleviate indigestion, gas, and cramps.

Yet more expansively employed, according to the “Old Farmer’s Almanac,” there are at least a dozen uses for Mint, including as food, in drinks, or for tea, hair rinse, facial astringent, mint bath, sunburn relief, breath sweetener, to freshen an area’s scent, used in a scented sachet in one’s chest of drawers or employed as a bug repellent.

Regarding what plant difficulties to which Mint is susceptible, these include diseases such as mint anthracnose, mint rust, verticillium wilt, as well as insects like aphids, cutworms, flea beetles, both root borers and root weevils, and spider mites.

Easy to grow, virtually all mint varieties like the same growing conditions. You all know the drill – full sun to partial shade and most of them prefer moist, but well-draining, soil.
For what are you waiting? Grow some mint!