By  Suzanne A. Marshall from the June 2011 Edition

To put a twist on a well-known phrase –Manzanillo is ‘not just another pretty face’. Aside from its undulating tropical hills, magnificent beaches, ocean bays and fabulous climate, living here as an escapee from Canadian winters has proven to be a much more personal and endearing experience than I ever expected.

In retrospect, I have found myself somewhat subliminally affected by preconceived notions about the country and the people. Actually it’s a bit embarrassing simply because I was really unaware of it. Be it Hollywood movies, comics, cartoons or the selective stories from various forms of news media, they just don’t represent reality on the grand scale. Recently, while thinking about a few ‘vignettes’ or moments from my life here, I was hit by one of those ‘AHA!’ moments and found myself feeling that I could really live here full-time quite easily. The people are warm, welcoming and just plain wonderful. I feel this overwhelming sense of contentment and a real reluctance to leave when spring arrives.

OK, so the wisdom of age may be having some influence as I approach official retirement. And I’ve lived a great life, had a great career and am truly grateful. But now I long for and recognize the little moments and nuances of life that are so endearing and just plain human. Compared to the hustle and stresses of my other life in Canada, I view the pace and quality of life here as a unique microcosm. Here follows one small anecdotal story of my simple daily life here. Check in for more in future issues.

A Cycle of Life

We had arrived in Manzanillo in early December. As is typical of the first few weeks, I cannot get enough of the salt air, sun and view of the ocean surf hitting the beach while relaxing poolside with a current novel. We often have the entire complex to ourselves between major Mexican holidays as all our neighbours live and work in Guadalajara and come to their condos for weekends and such. My husband is running around trying to establish a good internet signal for our electronic entourage – PC’s, phones, television etc. and I am by myself soaking it all in.

There is a new young gardener nearby who is working away at trimming hedges and attending to flowers. We smile and wave to each other and he comes over to make introductions. His English though delightfully accented, is pretty good and much better than my Spanish. As we chat a little he asks me “would you like to see the baby turtles?”

Not sure what he is saying, I said “OK” and he leads me to a shady spot where an old bucket sits. Looking in I see sand and water and 8 or 9 ‘day old’ baby sea turtles! I immediately take a snapshot with my cell phone in order to share this event in my newsletter with family and friends back home.

More than a month earlier, our night security man had been touring the front sea wall situated right on the beach. In the moonlight as the surf pounded the shore, he spotted a large sea turtle lumbering in from the water and while he continued to watch she made her way to a safe destination not too far from the wall. There she began to dig with her flippers until enough space was made to lay roughly one hundred eggs and cover them well with sand. In the next 45 days, the warmth of the sand would incubate the eggs then the hatchlings would immediately make their way back to the sea.

I have learned since, that sea turtles always return to their own place of birth to lay eggs. It matters not what changes have taken place over the years with developments, sun bathers, joggers, dog walkers, ATV’s and general traffic that now is common place; mother nature is leading them there purely on instinct and with unexplainable ‘genetic radar’. The natural predators for baby turtles are many including crabs, gulls and large fish. Only 1 or 2 of the turtles will typically survive. Human predators are an even greater threat and the eggs and turtle meat are considered a delicacy which has created a black market for selling these delicacies at exorbitant prices. The Mexican government has undertaken to stem this practice and has modified penal codes to incorporate punishments of 1 – 9 years in prison and levies fines between 300 and 300,000 pesos.

Knowing these things, our night security man has kept watch over the weeks for the arrival of the newborns. Thus, he was able to rescue a few and keep them safe for a few days until they could be released into a calm tide when the beach was deserted and give them hopefully, a better chance of survival. We can only hope that these new beautiful creatures will have a chance to thrive and mature then return to their place of birth and renew yet another cycle of their lives. 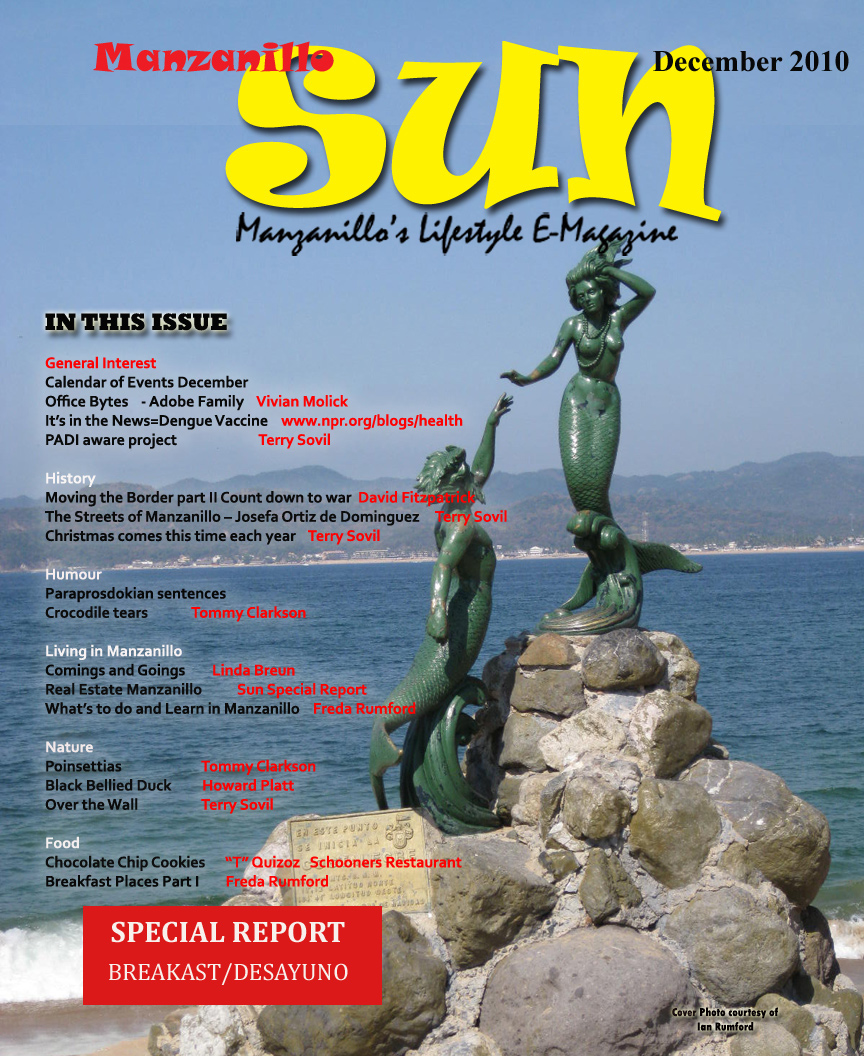