cooking skills were challenged to the nth degree. There were no Kentucky Fried Chicken take outs, Pizza Houses and nor any Chinese restaurants to alleviate what could have become a very boring culinary experience. There were no packaged foods in the freezer, no pre packaged cake mixes or bread dough’s available. Everything had to be made from scratch with whatever ingredients could be found on that day. My mother spent an inordinate amount of time each day planning, shopping, queuing, gardening, trading this for that and finally preparing a meal that was fit for her family to enjoy.

My paternal grandmother was an incredible cook and never, ever did we visit her without there being a fresh cake for tea or a lovely tasty dinner bubbling away on the hob. If extra people turned up, then just add a couple of potatoes, slice the meat a little thinner and add a suet or Yorkshire pudding. She taught my father and aunt to cook and then extended those lessons to include my mother.

Their skills in turn were passed on to me. Or rather my grandmother’s and my father’s skills were (my mother always said she could do it quicker herself than explain it to me). Even so I became a very good pastry cook. Not just desserts but savoury pies, tarts and puddings. Later I could also make almost anything in the dessert line due mainly to an old Good Housekeeping cookbook, that my husband to be, bought for my 20th birthday. I would study that book and try things I had never heard of or tasted previously while venturing into fascinating worlds of taste and delicacies. You name it, I would make it even though it took all day. I remember making some Eccles cakes from scratch. The puff pastry was started in the morning and all day I was folding, rolling and letting the precious pastry rest. The results were absolutely incredible. So much so that my entire day’s offerings that had taken eight hours to make were gone in fifteen minutes. I never would make them again!

Eventually, we moved to Canada, settled in, got the house set up, then I began to make my specialties! What an absolute disappointment and fiasco. The pies and tarts that were always so light and airy were now as tough as old sea or dog biscuits. I could not get the ingredients I was used to and the flour was entirely different. Nothing worked no matter how hard I tried. Sadly I tried pastry recipes calling for eggs and vinegar along with many others but nothing worked. My whole cooking repertoire was in a shamble. I could no longer cook any of my favourite and show off things. I did learn lots of new things but the old ones just had to be shelved for the time being at least. I discovered the wonderful Canadian squares, that were so immensely popular such as the unbeatable Nanaimo bar, but I could not make a decent jam tart.

One lucky day for me, we were talking about this problem at work. I was sadly lamenting my lost skill when one of my work mates chipped in with “I can give you an incredible pastry recipe that will always work!” When I heard what it was I could hardly believe my ears! This would actually work? It was too simple to be true but well worth trying.

Luckily the next day was my day off. So off to the store I went to get my ingredients. Getting home as quickly as I could, I tried her famous “Always Works” recipe. Would you believe it? It really did. I had a pastry recipe that made sufficient dough for three nine inch pastry top and
bottom pies. I made pies and tarts happily all day, completely ignoring the rest of my usually scheduled tasks. My husband was thrilled. We had a keeper! I could cook all of my old favourites again.

A few years later this skill came into full force when I was talked into making pies for some bachelors and working people who did not have the time to bake. At one time I was making as many as 100 different pies a week, from steak and kidney, to pot pies and quiches. There were about 10 different choices and our freezer was always full of pies ready for the growing clientele.

Going forward to Mexico several years later. We had decided to make the move in retiring to the sun along with many other snowbirds from Canada. We enjoyed the move immensely and settled into a new routine and a new way and style of cooking that was quite different from the past. We did not need the heavy roasts and puddings that we were used to but really longed occasionally for a nice meat pie or Beef Wellington (the latter being a request for a special birthday meal for a friend). Again, I hit the proverbially brick wall with the lack of availability of my “new” recipe ingredients. My pastry was passable as the markets of Manzanillo only sold lard or pork fat. There wasn’t any shortening anywhere. It became an ongoing request to people travelling into Ajijic to go shopping for me at the SuperLake Supermarket. The prices were atrocious but at least I could continue to bake our beloved pies.

Now I can occasionally find what I need at the Bahia Deli in Las or La Vianda at Club Santiago who sell Cristal (a shortening) in a solid form. I have found that the two butchers in the Mercado in Las Garzas will occasionally have beef kidney. Soriana has it from time to time but it is extremely strong tasting and I am now discounted buying from there. The flour, again, is the biggest problem and I try to get anyone going Stateside to bring some back for me. This I will keep in the refrigerator to keep the bugs at bay.

I have now lived and cooked, English style, in three countries. Never in my wildest dream would I ever have expected that flour wasn’t flour everywhere, or shortening and margarine wasn’t the same the world around.

Oh! The recipe you ask? As it was given so freely to me, I have passed it on to many people and will gladly do so again. My entire family use it and all have the same success as I.

Sufficient for 3 x 9” pie top and bottoms Freezes well and will keep in the refrigerator for 2 or 3 days before use.

Ingredients can be mixed by hand, pastry cutter, mixer or feet. No real care required.
It should be slightly tacky when mixed.
If too dry, the pastry will be crumbly and difficult to roll out.
Roll out to be about 1/8” or slightly thicker.
Cook at 400* for about 30 minutes’ 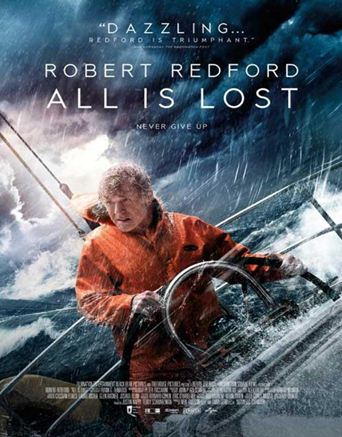 At The Movies – All Is Lost