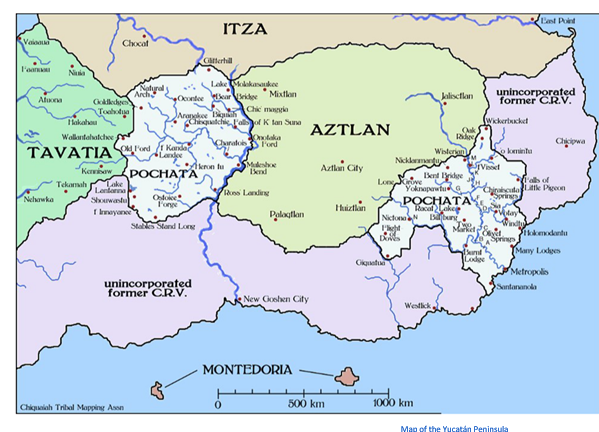 By Kirby Vickery on the May 2021 Edition

In my opinion, the world kind of paints the Aztecs as a Johnny-Come-Lately Mesoamerican warrior race. I suppose they were to some degree. They were very gifted in battle because they had the finest warriors for one primary reason. I believe that reason was their belief and practice in their religion. They were not so much better than anyone else, but, they fought harder and were more ferocious.

The general rule in their rise to power was to usurp the land and people. Fight for the control by brute savage force and then just take over. After that, all that came before them as far as kingdoms and civilizations was lost like the Romans taking over what is now England. 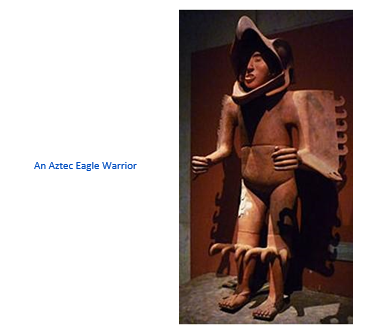 In Mesoamerica, it was the Spanish that put Christian churches on top of everything, over 400 years after the Aztecs had taken over. They did this to cover them up with Roman Catholic opulence. This is what happened in England when the Catholic Church moved in with the Romans and built cathedrals over all the old Celtic or Druid temples. In reality, the Aztecs revered the past civilizations of the areas they conquered.

In most cases, they didn’t have any idea who these past ancients were but they revered them anyway by building their predecessors’ customs and religions into their World Creation mythology of the Five Suns. There are Aztec fables that tell of finding ruins of great cities and then leaving them alone except for their version of guided tours or pilgrimages.

Overall, the Aztecs were very aware of the former civilizations of the Toltec, Maya, and Olmec. They just didn’t know who those people were, other than the Toltec. Yes, the Aztecs would come in and conquer just one village or an entire geographical part of Southern North America.

They would haul away captive prisoners as slaves, usually members of the defeated army and other young men and women to work the lower caste jobs such as cleaning and farming then demand tribute from those they left.

That  tribute  could  be  anything  from  an  annual  shipment  of trade goods, to food, art, workers, and/or slaves. Or, it could be a one-time thing for a unique item. One example of a demand for tribute was for a continuous supply of ‘tlīlxochitl’. (Or vanilla as it is known today.) Chocolate was the tribute from another area. [I didn’t find anything about mezcal or tequila, but I’m sure it suffered the same fate.] 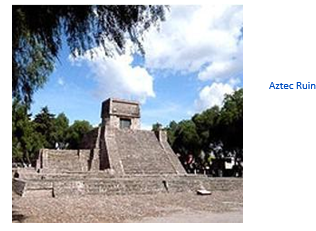 The entire Aztec empire was tightly controlled by the Priest Class. Since their religion was based on the beliefs and practices of former Mesoamerican empire societies, it only stands to mean the Aztecs were the culmination of all that religious fervor and religious glory.

They would have people stand in the sacrifice line because having your head lopped off or your heart taken out and handed to you while still beating as a sacrifice meant that you would have a higher standing in the after world, which was a forever world, if selected to be one of the lucky ones to die.

One of the great mysteries in that part of the world was, and still is, the location from where the Aztec came. There are stories out there that say they came from an Island in the Caribbean. Others point to places in the Pacific. Personally, I’m sticking with the stories that have them coming in from Utah. The topography fits and no one can trace the Ute vulture’s origins or their language for that matter.

A quick study of the Aztec’s arrival, and subsequent takeover of Mesoamerican lands and older populations, leads one to think they came into it like the western peoples arrived in wagon trains to the American West following the miners and trappers during America’s westward expansion. It didn’t happen that way. Actually, they drifted in slowly over a long time period.

I have yet to find anything that tells when the first Aztec came into Mesoamerica. Then they grew in number ‘in house’, so to speak, being a subjugated race, and finally rose up from within the Toltec societal empire and took over. I find it odd that these Mesoamerican people were not called Aztecs initially.

They were known to themselves as Culhua Mexica or Mehika or Meshika (and now you know where the word “Mexico” come from.)

A German by the name of Alexander von Humboldt coined the name “Aztecs” in the 1800s by using the Nahuatl word; ‘Aztlan’ which means, literally, “someone who comes from Aztlan”. To-day’s maps have the ancient country of Aztlan located in the middle of the Yucatan peninsula. The internet tells us that another translation for Aztlan is “White Land”.

Pulling it up in Google Earth brings you to an area within the town of Reynosa which is about 40 miles from where I live in Harlingen, Texas. They have an area where everything seems to be named ‘Aztlan’ including a taco bar just down the street from the local Burger King.

In the United States, there are many references to some distant American Indian cultures having a similar sounding name.

There is another reference to the ancient spelling located in the middle of what is now Belize. As to why Professor Humboldt came up with his new name, which is located close to the middle of the Mayan Empire, is anyone’s guess seeing as the Aztec capitol city was actually placed in the middle of a lake where Mexico City is today. All that was found while in search of the word Aztlan or Aztec.

When Hernán Cortés came into the picture striving for all the gold in the world, the Aztec priests didn’t want anyone to know where they had originally come from and destroyed all evidences of that beginning.

To that end, Cortés nor anyone else has ever found the true beginning as to where the Aztecs came from. I like to play with the idea of them drifting down from what is now Utah where their famous mythical seven cities may have been.

A  more  popular  theory,  and  one  that  has  more  factual evidence suggests they  formed  from  being  a  large  hunter gatherer peoples in the northern parts of present day Mexico. 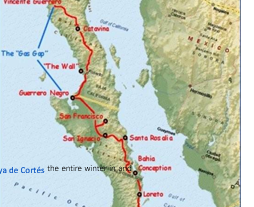 Baja, Mexico Offering snowbirds adventure for a day, a week or a month 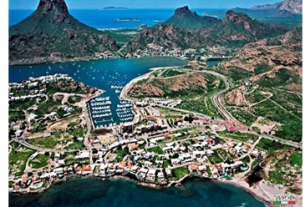 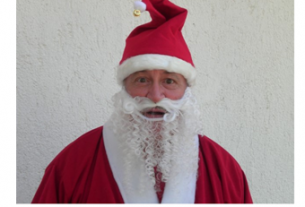