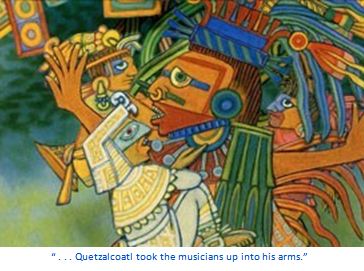 By Kirby Vickery from the April 2017 Edition

Happy spring time everyone. It is the time for nature’s rebirth and the lands are full of life, music, color (or 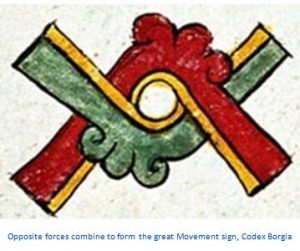 colour depending), dance and happiness. One of the more flamboyant styles of celebration comes from the Mexican people. They say it’s  the ‘Latin’ influence in the culture. I say it goes further back than that. The ‘oomph’, ‘oomph’, of the Mexican country western music is tied in with the Germanic folk genre but the flash of the rest of it probably runs into the world of the ancient Olmecs. This fable exemplifies the duality the Aztec gods had. They were all both good and evil and male and female at the same time. This cute little story exemplifies this dualism in  more than one way and there are several versions of it out there.

Although enemies from time to time, the Sky God, Tezcatlipoca, was out for a walk on a sunny beach one day with the god of wind, Quetzalcoatl. He asked Windy what he was up to and  why he was late for their meeting and got the reply, “I am Quetzalcoatl, the mighty God of the Wind, and this is my hurricane season and I have to create great blows and waves which is a lot more important than walking around getting insulted  by you about how I keep my calendar, or great minor God of the Dim.” 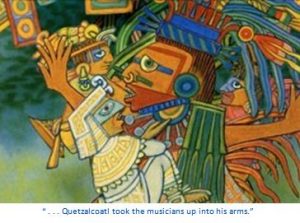 They proceeded to verbally jab at each other because, being gods, they had known each other for ever. Finally,  Sunny waived at Windy and forced him to shut up. Then he said “Quetzalcoatl, tell me what do you hear.”

“Why nothing, of course, why do you ask?”

“That’s just it. There isn’t anything to hear. This world is quiet. There is no music, there is no laughter, the birds don’t sing and even the alligators aren’t croaking their romantic bellows to their ladies. There isn’t any sound on this world, and because  of that there isn’t any joy or laughter either. Do you know where it all is?” He asked while looking right through  Quetzalcoatl with daggers in his eye.

“Yes.” Tezcatlipoca replied. “Our brother, the Sun, has absconded with all the singers and musicians and has 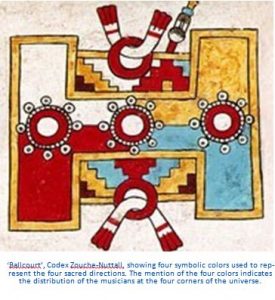 taken them all to his house. There he has them play and sing for him all  the time. This leaves our world without. I need your help in getting them back so that we create a place that will thrive on happiness, joy and the sound of music.” He then smiled as the God of Wind agreed and flew out looking for the specific  beach where the bridge to the House of the Sun existed.

[At this point the story splits depending on which Codex you look through. The Codex ZoucheNuttall tells of Quetzalcoatl making this trip while another English author lists another minor god from an old French Codex. Another Codex, the Codex Borgia, states that Quetzalcoatl’s son makes this journey: “. . . his agent and creature Ehecatl, the wind god, cold like himself, black, shadowy, and armed with a bloody thorn.”]

The Sun God orders    his entertainment group to complete silence and to ignore Quetzalcoatl. He tells them that if they make one sound, the God of Wind will round them up and  take them away to a dull and dim place without life or form.

Quetzalcoatl arrived and hears silence and responds with extreme anger. He rolls out the lightning and the thunder. He emits rocks. The place and the darkness with the rain cause these poor musicians to run for cover. They all run into the  arms of Quetzalcoatl who raps them up in his loving arms and brings them to our world.

‘It is common in Mesoamerican traditions to find that the four colours associated with the quadrants of the earth’s surface were symbols of an order that governed the entire universe. In Mesoamerica, the four colours represented the correspondence between times and spaces, and they designated the places through which time flowed. At the ends of the world, four trees held up the skies, and the divine forces that came from on high and from below flowed inside their trunks. The colours might vary, and it is possible that besides the four colours at the ends of the world there was a fifth colour, that of the central tree, the axis of the universe. But in the codices, in songs, and in narrations the symbolism of colour was always important…’]

The world could feel the impending arrival of Quetzalcoatl and his children as he felt for them now. The closer he got, the more colorful the world became. Flowers bloomed, fruit and maize ripened for the harvest. It was as if the world was waking up.

When they finally touched down, the musicians and singers started to play and sing. As if by magic, the world and animals all listened and began to sing themselves and beautiful music started to work its way around the world. To help things along, they began to tour the group around the world until the entire earth had been covered and was left with colors and wonderful sound and song.

The Many Flavors of IRAs: Which Is for you? 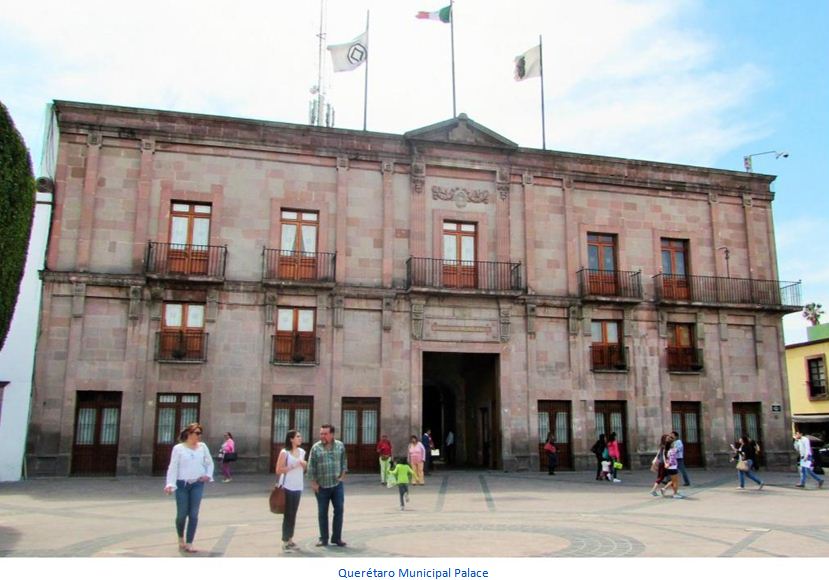