By Kirby Vickery from the June 2018 Edition

The Aztecs migrated south into the Mexican Valley around 1200CE. Where they came from is a mystery because when Cortez arrived and started to invade, the Aztecs destroyed all of their books (now known as ‘codex’s’) which showed their origins. This was done at Moctezuma’s order to prevent the Spaniards from finding the Aztec origin. Hence, amongst all sorts of speculation from all sorts of historical experts, who don’t really have any idea either, they have been tracked from the various mountain chains in Arizona, the Colorado River by Yuma Arizona, different places in Utah, other places in Mississippi, Alabama, some small island in the Gulf of Mexico and even China. Personally, I hold with the homeland being in Utah primarily because of the mystery of the origins of the Ute Nation.

The Aztec’s were the last of the indigenous peoples to move down from the north in pre-Columbian times. They existed in the area for some time as a second-class society under the rule of the Mayan. Which explains why they adopted so many of the Mayan gods, traditions, ways of life and religion with some changes. They also adopted a lot of their mythology from the Mayan civilization as well as from other independent tribes. They adopted some of the mythology sometimes with the same names and sometimes with different names. Their rise to power came from an alliance with two other societies which gave them the fire power to over throw the Mayan Empire.

One of the most important gods to both societies was the God of Rain. To the Aztecs, he was known as Tlaloc. To the Mayans, he was known as Chac or Chaac depending on which web site you visit. In the Zapotec society, he was called Copcijo. The Aztecs even named a mountain after him (9th highest in Mexico at 4,150 meters or 13,517 feet) with a shrine and an altar on the top. In almost all mythologies, the god was depicted as a male. The one notable exception is the Encyclopedia Britannica where they reference him as a she. With the mythology of Mesoamerican societies having a sexual duality of all their gods, this isn’t surprising except the Encyclopedia Britannica treats this Mayan god specifically as one of the few female gods.

The Aztecs, were basically an agriculturally based society that couldn’t get along with their neighbors. This increased the value of their Rain God to them. However, it didn’t do much to endure the Rain God’s affection to the people. His followers were always put first in line for the sacrifices because of his im-portance to the world of the Aztec. He would love it when the mothers of small children were called to the sacrificial stone.

The lock the Priest society had on the populous made it an honor to be selected to be a sacrifice. Subsequently, the priests were never in want of ‘sacrificial victims.’ To die of old age or natural causes did not get one into Aztec heaven. To die as a sacrifice meant that person’s soul was destined for heaven in all its glory. When the mothers were placed on the altar, it was said that Tlaloc would revel in the tears (get it rain drops) from the children. The same thing would happen when young children were selected to the same fate and he would collect the tears from their mothers.

There isn’t much evidence that Tlaloc had that much interference with the people in the Fifth creation of the people’s world of Aztec creation myth which are called ‘Suns’. He was the primary God of the 3rd Sun which is known as the ‘Rain Sun’.

During his reign, his wife, Xochiquetzal (meaning: jade in skirt.) was snatched by a god named Tezcatlipoca (This god reminds me of Loki of Norse Mythology) and took her to the Aztec version of Hades or the underworld and raped her. Tlaloc was grief-stricken so much so that he stopped all the rains and, when everything dried out, he sent a violent fire and thunder storm which wiped out all the people before he was able to get his wife back. That ended the 3rd Sun.

The participation of Tlaloc in the Aztec creation myth doesn’t stop there, at least not directly. The next sun was called The Water Sun and Tlaloc’s sister, Calchiuhtlicue (Goddess of flowing water), was selected to be the God of that World/Sun. Tezcatlipoca and Quetzalcoatl became really jealous of this and put out the sun from that sun which ended the 4th sun. As she fell, the sky opened and drowned everything. It was Quetzalcoatl who made a journey into the underworld to collect a lot of old bones to help build the 5th sun which is the one we’re in now. 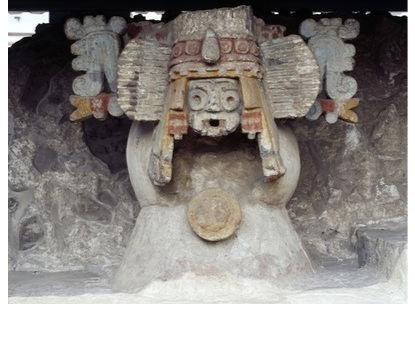 If you go into some web sites, you will find a totally different narrative concerning Tezcatlipoca and his part in the creation of the Five Suns. Suffice to say that his conflicts with Quetzalcoatl were the reason for the downfall of the 3rd and 4th sun.

I’m not too sure how we will ever know the real sequence of events as all the people were killed at the end of each sun anyway. It becomes one of these mythological stories with which people can grab onto the one that sounds the best for them and let everyone else believe their own.

Tlaloc was responsible over much more than just water. He was the Aztec’s agriculture god and the god of earthly fertility. He had the power to rain illnesses on the people and was in charge of more than the 13-day period between year’s end and the new year. It’s also good to note that his sacrifices weren’t burned like the other gods’. They were buried after being covered over. 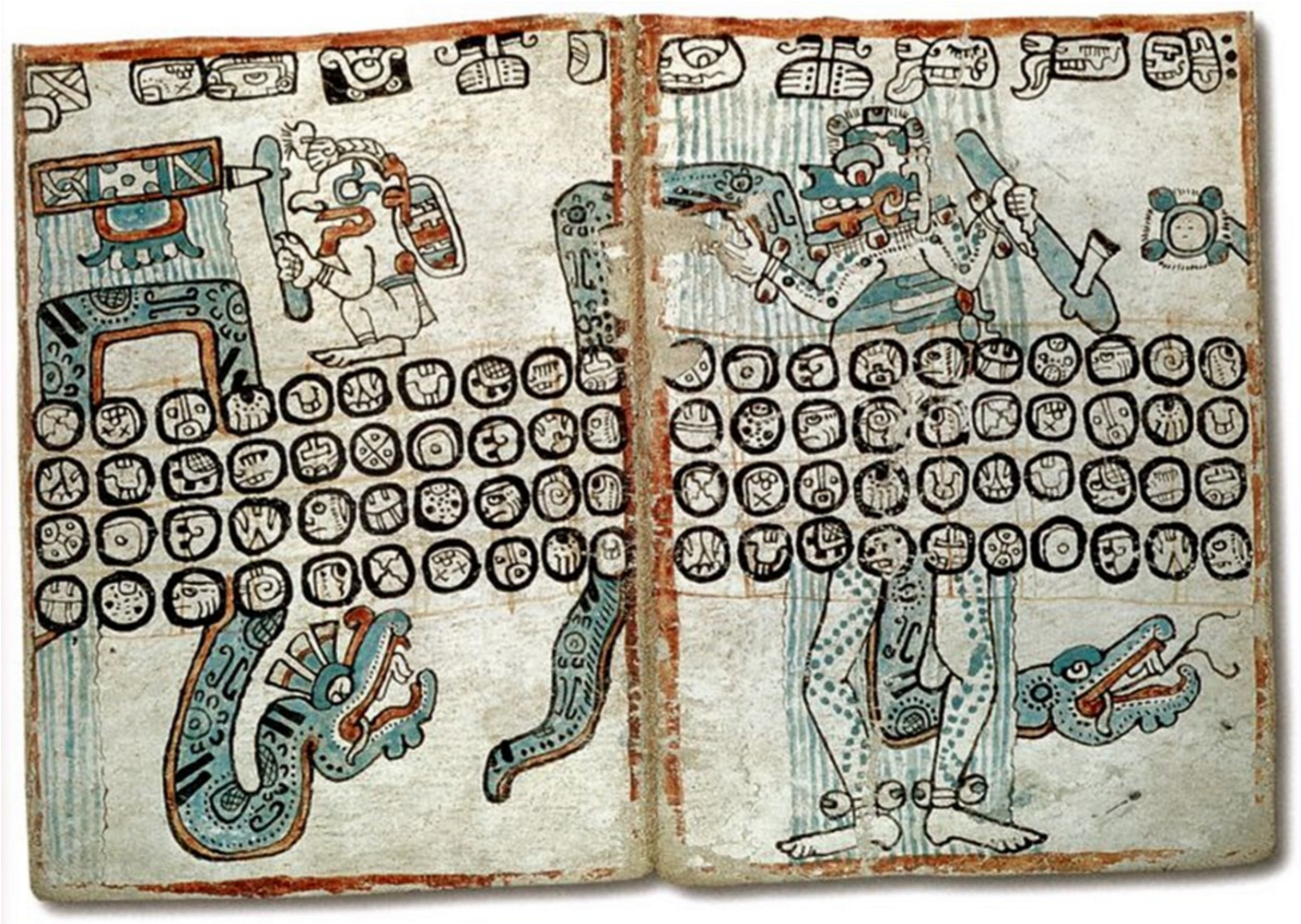