By Tommy Clarkson from the January 2013 Edition

. . . it may be a brother-in-law, next door neighbor or that particularly irritating high school bully who has gone badly to seed.

Mine sat but centimeters away blocking escape to the narrow aisle beckoning me from beyond his substantive hulking girth. And by now, though not a religious man, I found my mind hysterically screaming “Lord, please give me respite, release, escape – a sharp instrument” but none came nor were made accessible. So on my seatmate droned. . .

. . . “But speaking of childhood hobbies,” (I wondered at that comment as I was not unaware that we had been), “when in grammar school, most of my classmates liked to shoot marbles or play with their yo-yos. So pedestrian and patently easy was that which they did,” he archly asserted. “, that I out of sheer boredom, mind you created ‘toe yoing’ with human digits much more difficult to manage. (The visualization of this briefly boggled my mind!)

“Within a week or so I could easily manipulate ten yo-yos attached to each of my toes even doing “Around the World” with up to four at a time while orchestrating the other eight in more conventional maneuvers like “sleeping in the cradle” or “walking the dog”. Inasmuch as most of the activity took place directly under the sole of my feet I called in my ‘Arch ’ de Triumph! Get it?” He fairly burbled with enjoyment at his word play.

His initial noisy chortle, became a rumbling chuckle that then cascaded up and down his somewhat daunting portliness and then ended with a resounding “Harumpf!”

Then, clearly not even remotely through with this train of thought, he went on, “Now conventional, perfectly rounded, glass or agate marbles were also, simply no challenge to me an eight to ten year old. So it was that I commenced to use, semi-rounded, uncut rubies, emeralds and sapphires from my father’s Burmese mines. The rough hewn nature of these added intriguing dimensions to the game. I could never understand why my little friends didn’t enjoy it the way I did .

. . .” His voice actually tapered of in silence though briefly as he appeared to give the subject contemplative thought.

But then he caught himself and on a wholly new track continued. Did I mention the fun I had with “The Royals” when last in Great Britain. Numbly, with glazed eyes blearily staring at the back of the seat in front of me, I nodded no.

“Charlie, His Royal Highness, The Prince of Wales, of course, is such a card though few folks actually know it. He loves to do impersonations. Last week, he had Camilla, his boys, Billy, Harry and me (they consider me family, you know) in absolute stitches we laughed so hard.”

The infectious glee in his voice and twinkle in his eyes I cannot but admit made his story seem almost believable. “I don’t know what was funnier, his ‘Obama electioneering at a KKK meeting’, ‘Nancy Polosi at an amateur night pole dancing political fund raiser’ or his highly convoluted, ‘Sean Hannity, Glenn Beck and Rush Limbaugh trying to out humble each other at a Maslovian Self Actualization conference!’”

Then, he paused. With a wistful look and contemplative gaze into eyes, stated in a quiet, serious manner, “Liz, his mom of course, has been at me for sometime now to help him with his public image. He’s so tragically misunderstood by so many, you know. Indeed, I may just have to break down and take him under my wing. Maybe if he and I partnered in a darts tournament or two at some of London’s Pubs or maybe did some impromptu Hip Hop or reggae around Piccadilly Circus .

Then, aside from the engines rumble, there was quiet the first in what seemed like hours and hours. So unprepared for this hushed state was I that I actually urged him to continue. But, amazingly, such was not to be. The silence persisted for nearly a minute. So accustomed had I become to his seemingly ceaseless dialogue that this stillness now seemed painfully uncomfortable.

Then he roused himself with, “Have I told you how I invented synthetic uranium from old tuna cans, gum scrapped from underneath restaurant tables and dryer lint?”

Santiago has a new addition to the business scene, The Coffee Bean. This is a new coffee shop that will look familiar and comforting to ex- Pats as well as locals. Open daily they serve up coffee made from beans grown in Chiapas. Way down on the southern border of Mexico is Guatemala’s

Huehuetenango area where great coffees are grown. These beans share some similarities because of the closeness.

They have a selection of treats and meals for breakfast and lunches. I’ve tried the pumpkin role, cinnamon rolls, carrot cake, chocolate cake and a waffle. I’ve gotten a close look at the bagel breakfast sandwich and it looks delicious. There are sandwiches as well. They brew all of the standard fare (lattes, cappuccinos, house blend) plus smoothies.

They have a large meeting room setup in the back and that room is available to local groups for meetings. They have a large screen, projector and can even provide a computer and technical support to get your meeting off to a great start. One unique option is their ability, and willingness, to help your group set up a fundraiser.

An example might be a local school that wants to buy a couple of computers. They can print up some flyers, distribute them and tell supporters to visit The Coffee Bean on a specific day during specific hours. While they are enjoying the coffee and food they know that a percentage of the proceeds will go directly to their school for computers. This is a really unique and great approach for local groups that benefits everyone.

Juanito’s parking area. If you were across the street looking at Juanito’s they are located just to the right. Plan a visit soon and you’ll have a wonderful time. Lee and his wife are here from Texas running a great place so make them welcome to Manzanillo! 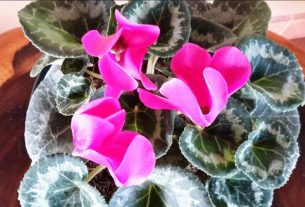