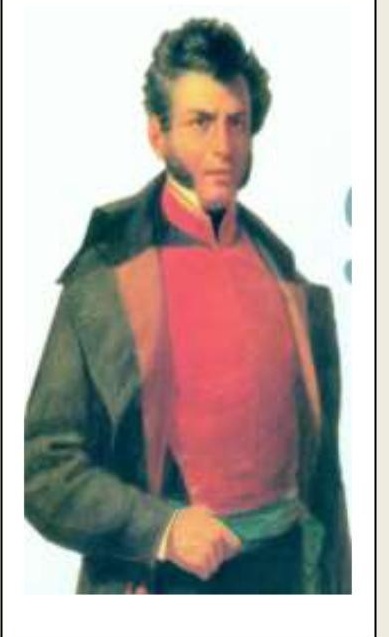 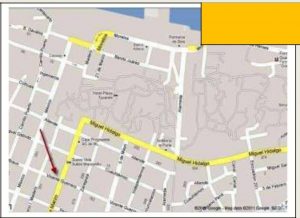 Vicente Guerrero is sometimes compared to George Washington and Abraham Lincoln in the USA. A former slave, he freed his country and then its slaves. Born in1782 in Ixtla, Mexico, he was of mixed white and Negro parentage (mulatto) with an Indian strain. His father, Juan Pedro Guerrero, and his mother, Guadelupe Saldena, were of humble origin. They were considered the lowest of the low; degraded by law, custom, and prejudice. Black women were not permitted to wear any jewelry, linen or ornamentation.

Guerrero began work as a mule driver. He had no education and was almost 40 years old before he knew a letter of the alphabet but did have a deep love for his fellow man. When the struggle for Mexican Independence began in 1810, Guerrero was one of the first to join with Father Hidalgo.

During this period Mexico was oppressed by Spain. Hidalgo planted grapevines which were torn up by government officials. Wine had to be imported from Spain with a high tax. Mexico was also handed a national tax bill of $45,000,000. When Hidalgo called for followers Guerrero did so well in the first battle he made captain. Mexicans won some minor battles but Spanish reinforcements brought the death or imprisonment of key leaders. Some accepted a pardon but Guerrero fought on.

The government sent his father, Pedro, offering him wealth and land. He turned the offer down. Spain sent their best general, Augustín Cosme Damián de Iturbide, but Guerrero defeated him in two battles. Iturbide had secretly planned to desert Spain and become the ruler of Mexico. He had been bribing his army and he approached Guerrero with the offer to join forces and revolt against Spain. Unfortunately, Guerrero failed to see the true plan and consented. Together they defeated General Santa Ana and Iturbide was named President of Mexico. Though far more popular, Guerrero allowed it.

Iturbide, known now as Augustine I of Mexico, proclaimed himself emperor and proceeded to back the land owners and exploit the poor – who had fought the struggle for independence. Guerrero declared war on Iturbide, captured him and had him shot. In the next election Guerrero was named vice president but the struggle between land owners and the masses went on.

They carried on their activities through “freemasonry”, recently introduced to Mexico. The wealthy were in the Scottish rite and the poor were in the York rite. Guerrero headed the Yorks. Next election Guerrero ran against Pedraza. The poor supported Guerrero and the rich Pedraza. Pedraza won. Open revolt followed with The York’s issuing a proclamation that Guerrero was president. The government backed down and Guerrero became president in April, 1825.

Guerrero made changes far ahead of his time. He improved conditions for the Indians, half-breeds and blacks. He ordered schools, built setup libraries – reading had been forbidden – declared religious liberty, setup a coinage system (series of denominations in circulation) and suspended the death penalty. He abolished slavery, ordering the release of every slave in Mexico (approximately 10,595 blacks and 1,050 mulattoes) with his native state having the largest numbers.

The Mexican constitution was largely the work of Guerrero. It stated: “All inhabitants, whether White, African, or Indian, are qualified to hold office.” This met no resistance because it didn’t cause economic losses to the rich except in one state, Texas. Texas was chiefly Americans who had migrated to Mexico with their slaves to escape opposition in the USA. Guerrero was busy fighting his enemies in Mexico City so left them alone. The Texans knew the majority was against slavery so they revolted and joined the American Union to escape being forced to give in.

Guerrero’s rise helped increase the position of the wealthy. They did everything they could to pull him down. They could not bear a man of his race in the presidential chair. His lack of education, simple manners and reputed “Negro blood” put him in contempt by the upper-class society of the capital. He was a triple-blooded outsider.

If Guerrero had become their tool he probably could have gained approval, but he would not do that. The rich united against him and drove him from office. He returned to his roots in the fight for independence and hid in the mountains. He defeated every force sent against him in spite of a bullet still lodged in his chest from the fight with Iturbide. General Bustamente bribed a ship captain, Pucaluga, to get Guerrero to his ship. On February 14, 1831, Guerrero was made a prisoner, given a mock trial and executed.

The result was a nationwide revolt. General Bustamente was driven from office and escaped only because he fled. Pucaluga was executed. A pension was paid to his widow, honors bestowed on his family and a state was named in his honor. Hubert Howe Bancroft said “Guerrero was possessed of a gentleness and magnetism that inspired love among his adherents; while his swarthy face, resonant voice, and flashing eye made him an object of profound respect even among his enemies.” 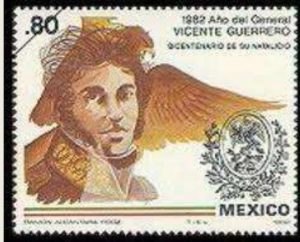