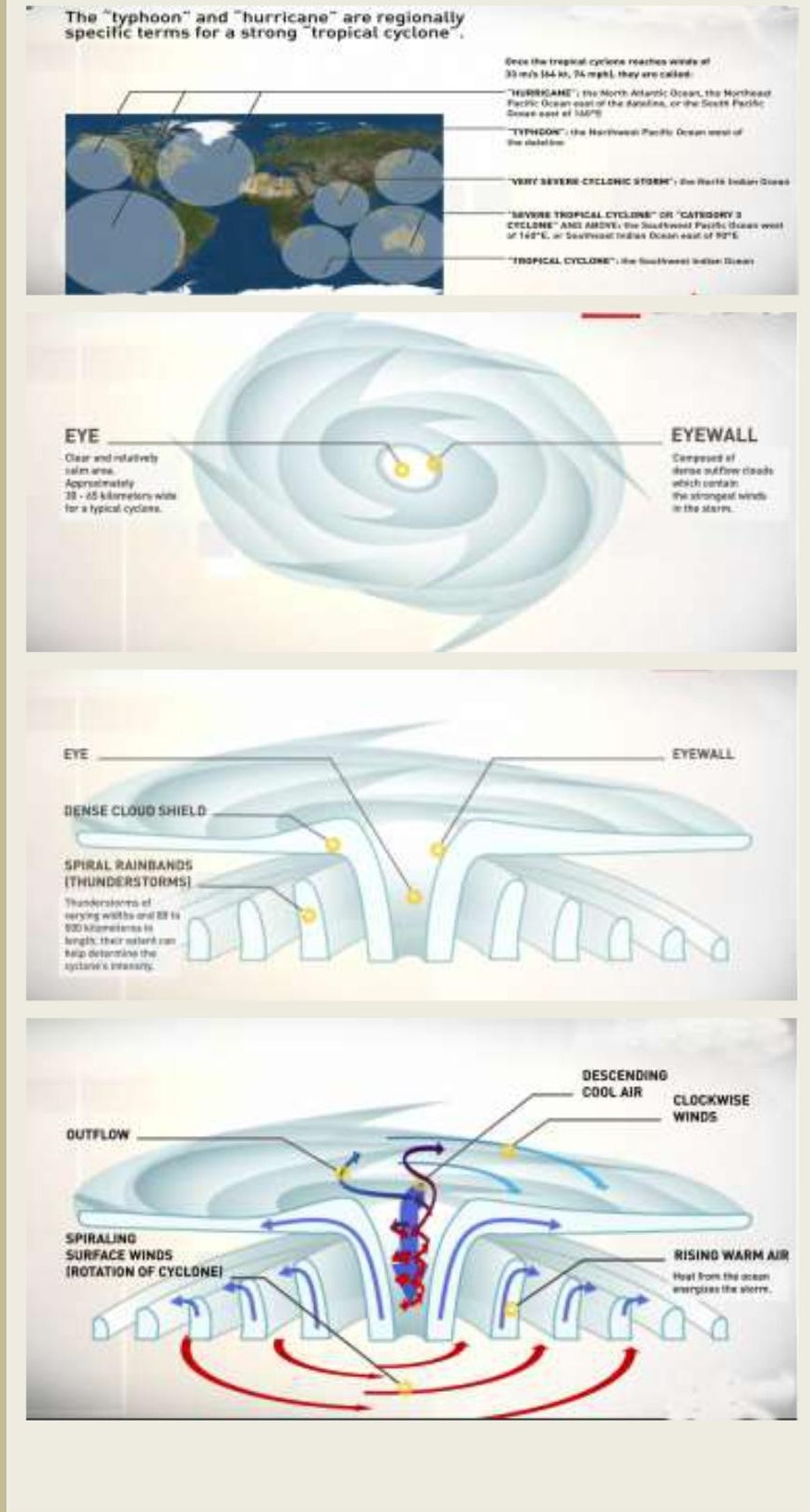 Well, JOVA came to visit! Jova made landfall near Chamela in the state of Jalisco with maximum sustained winds of 160km/h (100mph), the US National Hurricane Center (NHC) said. Jova, classed as a category two storm, made landfall at 23:00 local time (11:00pm Tuesday 10/11). Chamela is 130km (90 miles) northwest of Manzanillo. Forecasters warned of coastal flooding along a 340km (210 mile) stretch between Manzanillo and Cabo Corrientes. Don Harrop, Mismo Sol Youth Hostel in Santiago, reported heavy rain, 195mm or 7.67”, in the gauge since noon yesterday at 8:30am on Wed, 10/12.

Hurricanes are complex storms that gather heat and energy from warm ocean water. Evaporation from the seawater rises and increases their power and formation. Hurricanes in the northern half of the world rotate counter-clockwise around the “eye.” The very center of the hurricane is called the “eye”. It has light winds and fair weather. If a hurricane comes ashore it can cause flooding, heavy rains and serious damage. They are called “Hurricanes”, “Cyclones” or “Typhoons” depending on the area of the world they occur. In the Atlantic Ocean, Gulf of Mexico, and the Eastern Pacific Ocean, they are called hurricanes. In the Western Pacific Ocean, they are called typhoons. In the Indian Ocean, the Bay of Bengal, and Australia, these types of storms are called cyclones.

Hurricanes need warm ocean water of 80°F (27°C) or warmer to form. The air must cool quickly the higher you go. The wind must be blowing in the same direction and at the same speed to force air upward from the ocean surface. Winds flow outward above the storm allowing the air below to rise. Hurricanes typically form between 5 to 15 degrees latitude north and south of the equator. The Coriolis Force is needed to create the spin in the hurricane and it becomes too weak near the equator, so hurricanes can never form there. (See the cross-section diagram.)

Storm surge is the most devastating element of a hurricane. As a hurricane’s winds spiral around the storm, they push water into a mound at the storm’s center. This mound of water causes flooding along the coast. A hurricane will cause more storm surge where the ocean floor slopes gradually. This causes major flooding. (See the storm surge diagrams at end of section.)

Computer models, called Slosh Models, allow forecasters to predict the amount of storm surge that will affect a coastal area. They account for a storms strength, path, how the ocean shallows and the shape of the land. From this it can calculate how much storm surge will probably result.

From 1950 to 1952, tropical cyclones of the North Atlantic Ocean were identified and named based on the military phonetic alphabet (Able-Baker-Charlie etc.). In 1953 the USA Weather Bureau switched to using women’s names. It was a popular decision that caught on. Naming is now handled by the World Meteorological Organization. They create and use sets of names depending on the part of the world the storm is in. Around the U.S.A., only women’s names were used until 1979, and then they began to alternate a list that included men’s names too. There are six different name lists that alternate each year. If a hurricane causes significant damage, its name is retired and replaced with another. Before a hurricane you should have a disaster plan and a pet plan ready. If necessary board up or tape windows and bring in outdoor items that could blow away or become missiles in a wind. Make sure you know where you are by name (city, state, street address etc.) and where the evacuation routes are.

It can be prudent to have an emergency kit for your home and car. See the table for a list of specific items that the kit may contain. This goes beyond a first aid kit!

During a hurricane avoid low areas that may flood. Stay indoors during a hurricane, strong winds may blow things with deadly force. If your home is on low ground, consider going to a friends or to a shelter. If emergency managers say to evacuate, then do so immediately.

After a hurricane, stay inside until it is safe to go out. Use caution and do not put yourself in danger but look for injured or trapped people. Watch for flooding! Do not attempt to drive into flood waters. Avoid standing water as it could be electrically charged from underground or downed power lines.

— foods for infants or the elderly

vTools – keep a set with you during the storm

— ample supply of food and water

— a carrier or cage

Tropical Disturbance  d area of thunderstorms that usually forms in the tropics. Typically, they maintain their identity for 24 hours and are accompanied by heavy rains and gusty winds.

Tropical Cyclone          A generic term for any organized low pressure that develops over tropical and sometimes sub-tropical waters. Tropical depressions, tropical storms, and hurricanes are all example of tropical cyclones.

Tropical        An organized area of low pressure in which sustained winds are 38 mph or less.

Tropical        A tropical cyclone with maximum sustained wind speeds that range from 39 to 73 mph.

Hurricane      A tropical cyclone with sustained winds of at least 74 mph. 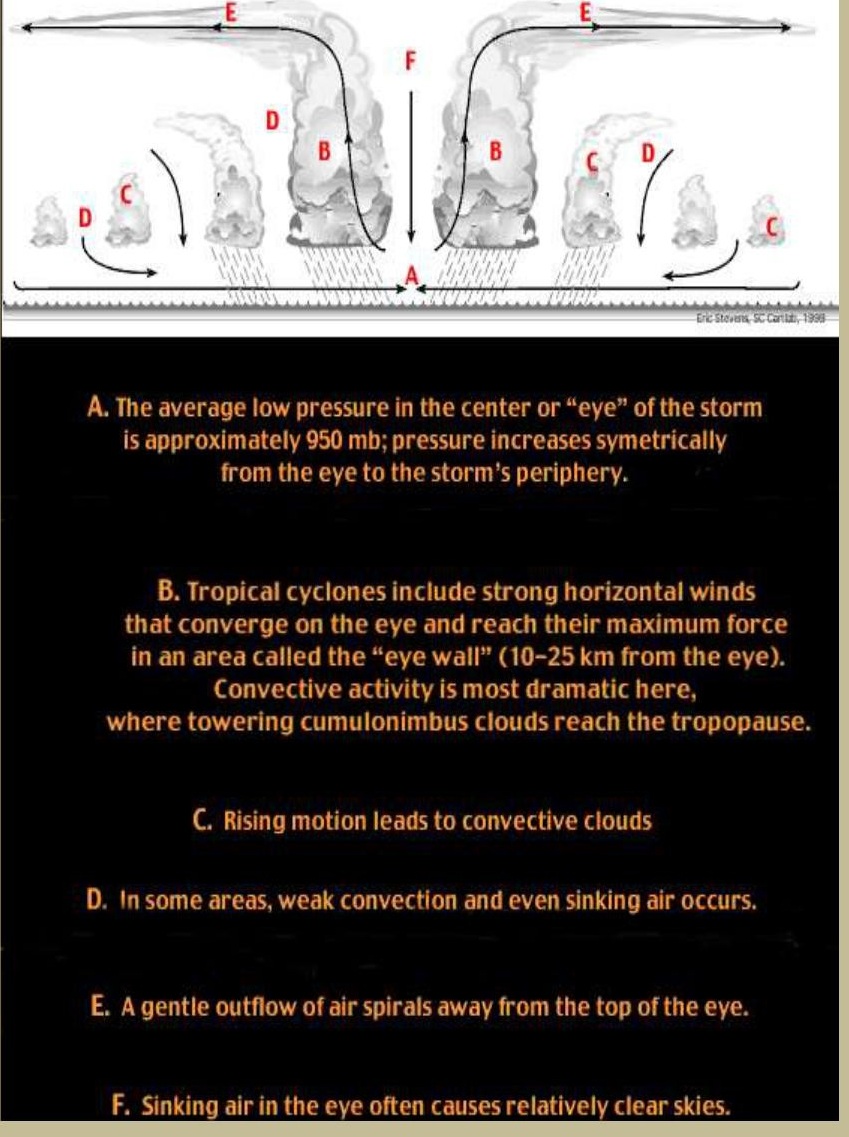 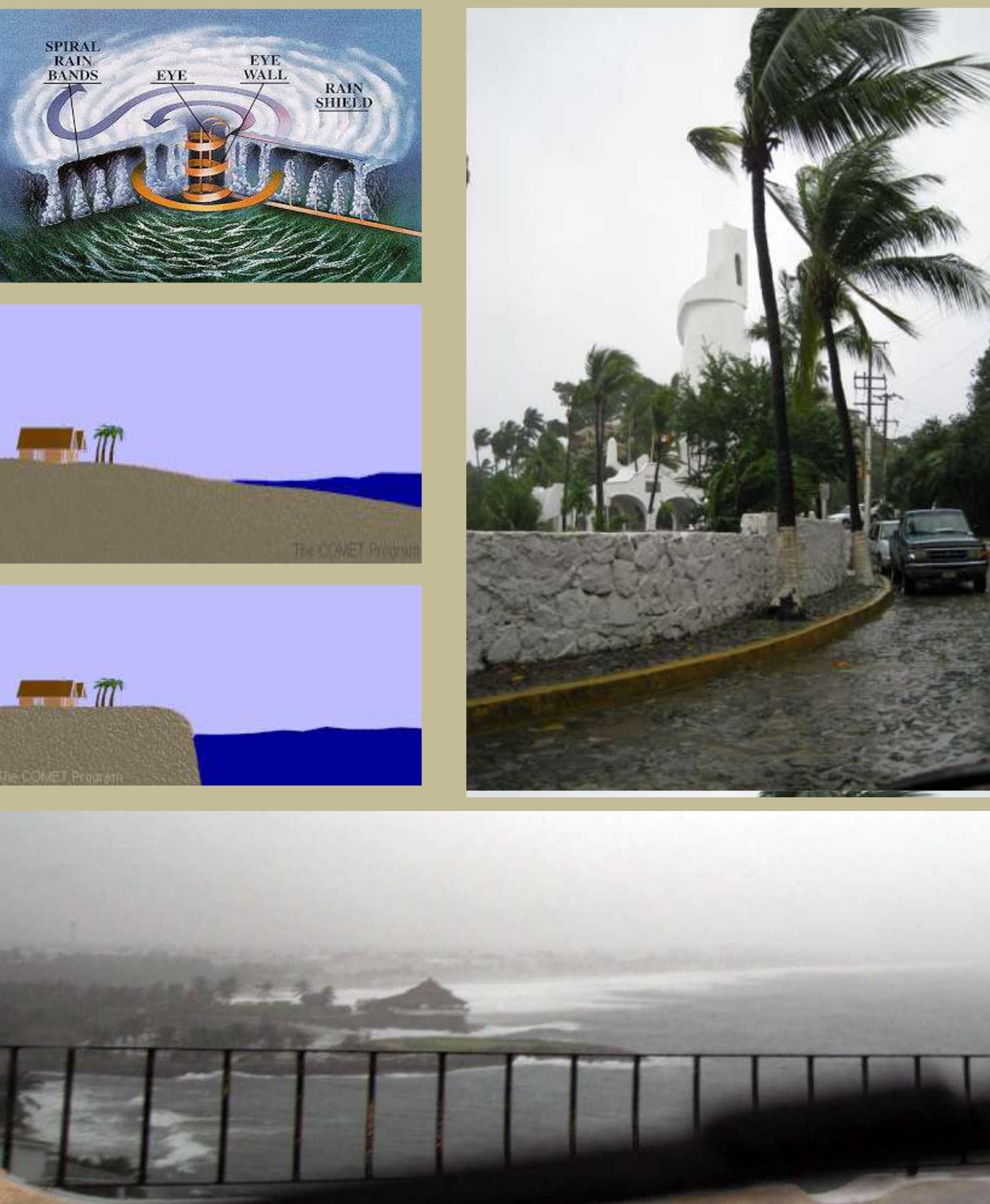 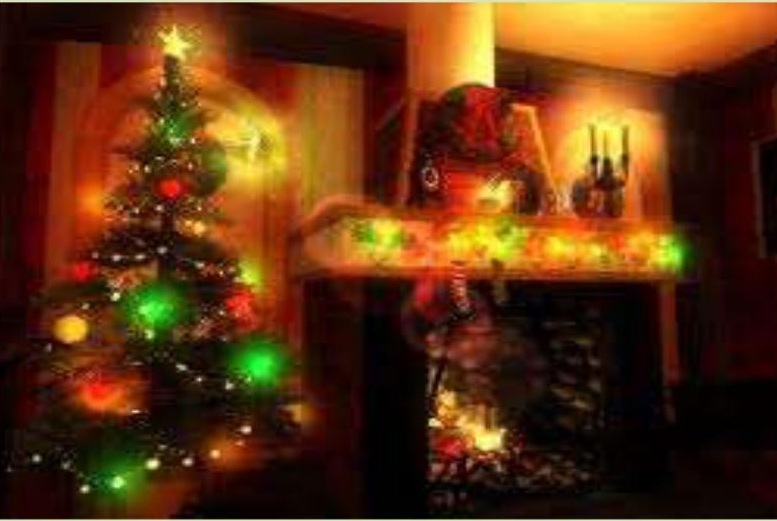 Christmas Comes This Time Each Year