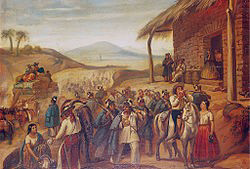 By The Path to Citizenship series on the April 2020 Edition

The War of Reform (Spanish: Guerra de Reforma) in Mexico, during the Second Federal Republic of Mexico, was the three-year civil war (1857–1860) between members of the Liberal Party who had taken power in 1855 under the Plan of Ayutla, and members of the Conservative Party resisting the legitimacy of the government and its radical restructuring of Mexican laws, known as La Reforma. The Liberals wanted to eliminate the political, economic, and cultural power of the Catholic church as well as reduce the role of the Mexican Army. Both the Catholic Church and the Army were protected by corporate or institutional privileges (fueros) established in the colonial era. Liberals sought to create a modern nation-state founded on liberal principles. The Conservatives wanted a centralist government, some even a monarchy, with the Church and military keeping their traditional roles and powers, and with landed and merchant elites maintaining their dominance over the majority mixed-race and indigenous populations of Mexico.

This struggle erupted into a full-scale civil war when the Liberals, then in control of the government after ousting Antonio López de Santa Anna, began to implement a series of laws designed to strip the Church and military but especially the Church of its privileges and property. The liberals passed a series of separate laws implementing their vision of Mexico, and then promulgated the Constitution of 1857, which gave constitutional force to their program. 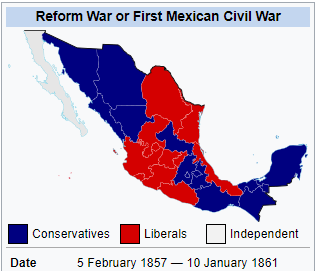 Conservative resistance to this culminated in the Plan of Tacubaya, which ousted the government of President Ignacio Comonfort in a coup d’état and took control of Mexico City, forcing the Liberals to move their government to the city of Veracruz. The Conservatives controlled the capital and much of central Mexico, while the rest of the states had to choose whether to side with the Conservative government of Félix Zuloaga or Liberal government of Benito Juárez.

The Liberals lacked military experience and lost most of the early battles, but the tide turned when Conservatives twice failed to take the liberal stronghold of Veracruz. The government of U.S. President James Buchanan recognized the Juárez regime in April 1859 and the U.S. and the government of Juárez negotiated the McLane-Ocampo Treaty, which if ratified would have given the Liberal regime cash but also granted the U.S. transit rights through Mexican territory. Liberal victories accumulated thereafter until Conservative forces surrendered in December 1860. While the Conservative forces lost the war, guerrillas remained active in the countryside for years after, and Conservatives in Mexico would conspire with French forces to install Maximilian I as emperor during the following French Intervention in Mexico. 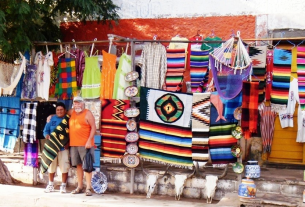 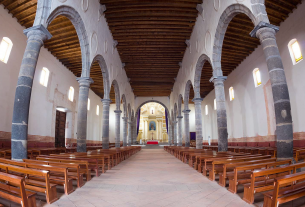