By Freda Rumford and Kirby Vickery from the June 2012 Edition

As usual Kirby had gotten up early but then had fallen back to sleep in the old easy chair after trying to knock out another adventure novel. It became yet another morning that Freda had been allowed to sleep in. He had re-awakened to find his book on the floor and the clock reading something about 11AM. She discovered that once again she was accompanied by Blossom the tuxedo, plant killing, cat curled up in a ball by her side while all sorts of aromas of cooking food and fresh coffee were pouring from the little kitchen they had in Oak Harbor.

Neither of them had an inkling as to the Water Festival’s schedule so there seemed no reason to rush to be anywhere specific or by any given time. Both were still getting used to the idea of truly being retired together and the joy of being away from responsibilities.

After a delicious breakfast of eggs, sausage and hash browns, the couple decided to set off to Coupeville, for the Penn Cove Water Festival and Farmer’s Market. It was just bit too cool for Freda so she opted for light jacket over a sweater. Kirby also grabbed his jacket while reaching for his camera.

They enjoyed a comfortable and leisurely 20 minutes drive through Whidbey Island’s back roads which only Kirby and half the island’s population knew about. The other half was probably in Coupeville already enjoying the festivities and really didn’t care.

The biggest benefit of the trip was that the clouds all disappeared during the journey and it had started to warm up for the first time in two days.

Kirby was expecting parking difficulties but fortunately at the Farmer’s Market the parking-gods were with him as a car was leaving and he quickly grabbed its spot. So, they set about their day’s mission with jackets forgotten in the back seat and the camera strap securely over Kirby’s shoulder.

The first impression of the market was of white tent, capped, stalls and lots of smiling people milling around. The first stall was a series of board frames displaying water color paintings of various places of interest around the Island. Beyond it, a variety of booths, no longer used for farm produce for which they were originally intended, but expanded to now show artists and artisans of many types, each displaying their crafted wares. There were those few stalls which abounded with herbs and spices,  Jam and jellies but most were jewelry and decorative items for tourists. 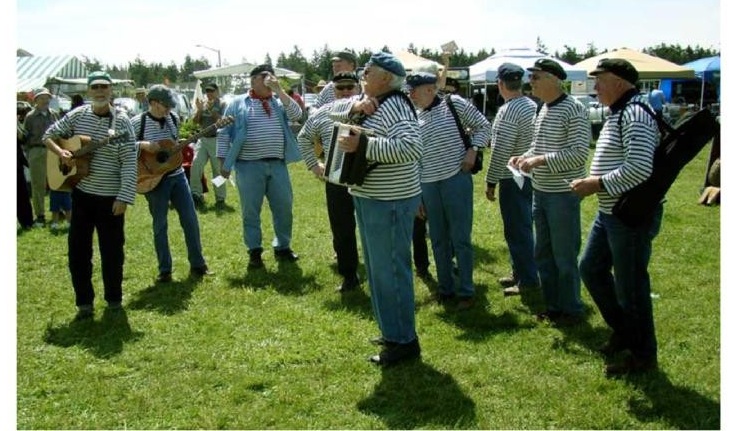 A group of troubadour’s were striking up a song, whilst waiting for their turn to compete at the Water Festival and they started to stroll through the fields where the market was located while playing songs and ballads from their repertoire. Our thoughts lent themselves to the fact that this all male group were probably out just having some additional fun, rather than trying to drum up an audience, for when their official show started. 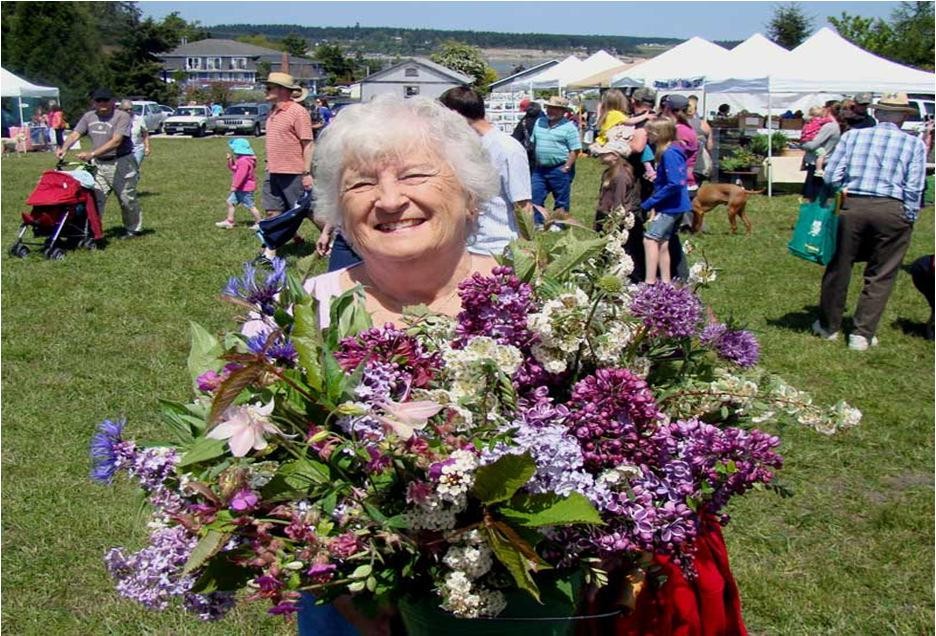 Freda just wanted to stand and watch and listen but Kirby had other ideas, so they meandered by the performers, to view some of the wares and exhibits in the area.

At one point I asked a vendor if I might borrow a bucket of cut flowers. “I need it for about 30 seconds and promise I’ll return it in the same condition I’ve borrowed it in.” I asked in my best begging voice. With the vendors permission I handed the bouquet to Freda and before she knew what was going on she was rewarded with an excellent picture of a lady with flowers not found in Mexico. At another vendor they purchased ‘Kettle Corn’ which Freda hadn’t tried before but was persuaded to share.

The road to the wharf was lined with more tent capped booths which offered food, snacks, maps and information about the area. All were manned by the smiling friendly people of Coupeville. Kirby’s selection was of a bowl of watered down chili offered by the Lion’s Club, whilst Freda preferred to wait until the coffee shop at the end of the pier where upon the advice of a departing customer, she first sampled and then decided on a bag of delicious toffee.

Although she ended up giving me some, she seemed a little reluctant as it was very fresh and very good toffee and far too good to share. I took advantage, between shop visits, and took several pictures of the canoe races. Freda commented while watching some of the American Indian canoe’s bash themselves into their competitors while they were rounding the final turn. They didn’t seem to have the same set of rules, that she had noted, years earlier in England on the River Ouse. She found it a little disappointing to see most of the race with no crowd participation until the canoes came almost to the end of the race.

Whilst drinking their lukewarm coffee, we sat back and watched a couple of the races in which several canoes, with six ardent people furiously stabbed the water frantically with their paddles, vying for the lead. 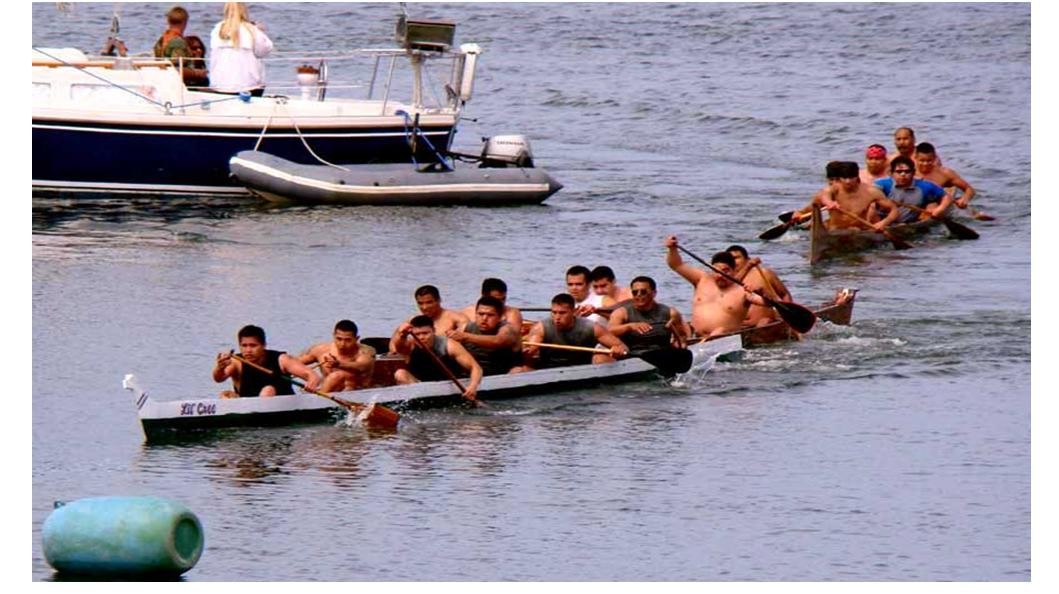 After the races, we left the wharf and strolled around the shops on the water front, where the shopkeepers were all delighted to see so many tourists roaming through town.

Kirby went crazy at the chance to grab some more up-close pictures of flowers to add to his collection. They were also able to reluctantly leave, one enticing book shop named Far From Normal, with the purchase of only one thin book.

So with tired feet, hand in hand, and with an easy stroll, they made their way back to the car. An afternoon thoroughly enjoyed. Kirby, having lived in the area for several years was anxious to get supper on and Freda was feeling the effects of having met so many friendly and smiling people. Someday, our new joint friends, and her family members, are going to have to break it to her that this is nothing new for her and that she will always meet friendly and smiling people where ever she goes.