By Freda Rumford  from the June 2010 Edition

Hopefully the endless wait at the Immigration office will be a thing of the past as Mexico’s Immigration Institute (INM) have changed procedures totally as of April 30th this year. All foreigners living in Mexico MUST now go on line to the website to www. INM.gob. find the form (in Spanish), fill it out, print it, sign it and send it electronically to the authorities as and how requested. A receipt for the filing will be sent to the applicant along with a file number. Take all required documents (no change), completed & printed with application form file number to the Immigration office where officials will check that documents are relevant. The new card (the green book is being phased out) will be available at the local INM office on a stated date when the applicant must go back to pick it up. Sounds simple enough but nothing is ever as it first seems in Mexico as we have all learned.

I have gone to the site and found it a little unwieldy but it appears that all persons entering Mexico (foreign or nationals returning) need to fill out the same form initially, indicating in the applicable space whether they need the new FMM (which replaces the FMT) an FEM for Mexican Nationals only, or if they hold an FM2 or FM3. There are parts of the site available in English and also a spoken explanation in English but it really did not seem particularly clear to me but then I really am not good at filling forms out in the first place.

The form must be filled out on the computer entirely except for the bottom orange part which is for official use only. In the case of FM2, leave box 13 blank and in box 12 show the number of days abroad. In the 365 day visa (FM3) leave box 10 and 12 blank. Keep the right hand portion of the form handed to you by Immigration in a safe place as it will be required on exiting the country. Ensure that applications are made on time as there will be penalties for being an unlawful person in Mexico.

There are bound to be initial teething problems while the new procedures are being implemented and doubtless some changes or misunderstandings. So do the required downloading and filling out of the form. Have all necessary papers ready and proceed to Immigration with a good book and a smile. They are probably frazzled too.

NB:Requirements have not changed except that there is no longer an allowance in income requirements for couples or for owning property, for everyone it is now US$1400 per month. 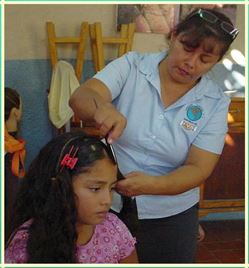