What is fact is that the civilization of the Tecpanecs had a war and overcame the Acolhuans of Tezcuco. This happened around 108 CE and both civilizations became parts of a triad formed in the 1400’s in the Mexico City valley which became home to the Aztec people. My story tells of the young son of the vanquished king of the Acolhuans. His story is, shall we say, semi-legendary.

Nezahualcoytl (Fasting Coyote) witnessed his father’s death from the branches of a near-by tree and was able to escape from the invaders. In a few days he was captured and returned to his former father’s capitol and jailed. While there, he cultivated the friendship of the local governor. The governor helped Nezahualcoytl to escape again but paid for it with his life. It was at this point that the royal family of Mexico gave him asylum and he was later allowed to return to his father’s palace where he lived for eight years. This is interesting because he shared the grounds with the Tecpanec chief that did his father in.

At this point the story of Mexahualcoytl starts to read like a complicated Shakespearean comedy.

When the old Tecpanec chief died, his son, Maxtla, took over and decided that he really hated Fasting Coyote who was still living in the captured palace his father had won. Maxtla not only hated Nazahualcoyotl, he had also became a lover of his own father’s best (?) wife of whom Nazahualcoyotl was hoping to win over and wed himself. Semi-legendary is the best term I can come up with about this rogue prince. First of all this attack on the homeland was done in 108 CE and he was supposed to be saved by the “Aztec Royalty” the very next year. My problem with that is that the Aztec’s didn’t develop their civilization until the 14th century. For the sake of enjoying mythology for mythology, we should ignore that minor fact for awhile as we ponder another ‘fact.’

This lad is reputed to have done all sorts of things while he was loose and being hunted. The number of things he’s reported doing takes up a lot more time than he had to do them in. Sort of a Robin Hood, the Grey Fox (Remember him of American Civil War days), Roy Rogers, Batman, Sergeant Preston of the North West Mounted Police, and the Three Musketeers all rolled into one. Not to mention Guy Fawkes with a horrendous change of heart. Anyway, as he lived a long time (possibly in real life too) I’ll continue with my myth.

As it happened Nazahualcoyotl tried to win over Maxtla but was unaware of the relationship going on between the ruler and his step-mother. Maxtla not only refused to be friends he sent some assassins’ to Nazahualcoyotl’s city to kill him. Nazahualcoyotl found out about the plot and decided not to run away as he had done before. When the assassins arrived he was playing ‘tlachtle.’ That’s the Aztec game played with a hard rubber ball and teams try to get it through a small hole in a stone high up on a wall only you can’t touch it with your hands.

He treated them like honored quests and gave them food and drink with some adult entertainment while he slipped away into the next room to get cleaned up. He really prepared to escape through a hidden tunnel. The story says that these assassins could see him through some shadowed gauze and allowed him to, what they thought, change clothing. What was really going on was that he had put a youth who looked like him in his place while he went down the tube so to speak. Sadly they caught onto the trick, it cost the double his life while our hero was chased into the surrounding forest/jungle. He ran to a hut of a friend. He wasn’t found there because the King’s guard didn’t look under a pile of maguey fiber where he was hidden.

Maxtla ordered a thorough search, and a regular battue of the country side. He posted a large reward for his capture dead or alive, along with a large estate and the hand of a noble lady. The unhappy prince was forced to seek safety in the mountainous country between Tezcuco and Tlascala. He became a wretched outcast, prowling about after nightfall in order to satisfy his hunger, and seldom having a whole night’s rest. On one occasion he was hidden by some friendly soldiers inside a large drum, and on another he was concealed beneath some chia stalks by a girl who was engaged in reaping them.

The loyalty of the Tezcucan peasantry to their hunted prince was extraordinary, and rather than betray his whereabouts they suffered torture, and even death itself. However, Nezahualcoyotl experienced a change of fortune. Maxtla ruled the people with an oppressive hand especially in the territories his father had annexed. They were not a happy group of people and rose up in rebellion while offering Nezahualcoyotl command of the rebel’s army. He accepted and they won the uprising to restore Nezahualcoyotl to his father’s throne. With Mexico’s help he completely wiped out Maxtla’s forces, had him sacrificed and his city destroyed. Long Live King Hungry Wolf. I mean, Fasting Coyote.

The Golden Age of Tezcuco

The period embraced by the life of this monarch and his predecessor may be regarded as the Golden Age of Tezcuco, and as semi-mythical. The palace of Nezahualcoyotl, according to the account of Ixtlilxochitl, extended east and west for 1,234 yards and for 978 yards from north to south. Enclosed by a high wall, it contained two large courts, one used as the municipal market-place, whilst the other was surrounded by administrative offices.

A great hall was set apart for the special use of poets and men of talent, who held symposiums under its classic roof, or engaged in controversy in the surrounding corridors. The chronicles of the kingdom were also kept in this portion of the palace. The private apartments of the monarch adjoined this College of Bards. They were gorgeous to an extreme, and their description rivals that of the fabled Toltec city of Tollan. Rare stones and beautifully colored plaster moldings alternated with wonderful tapestries of splendid feather-work to make an enchanting display of florid decoration. The gardens which surrounded this marvelous edifice were delightful retreats, where the lofty cedar and cypress overhung sparkling fountains and luxurious baths. Fish darted hither and thither in the ponds, and the aviaries echoed to the songs of birds of wonderful plumage. 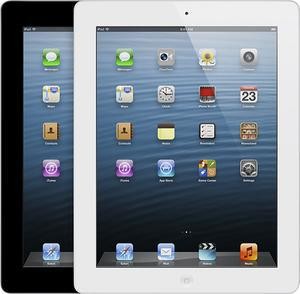 So you bought a tablet- Now What..?