By Manzanillo Sun Writer from the March 2013 Edition

When the words “Aztec Priests” are presented to most Anglos, preprogrammed thoughts and mental images crop up of a big jawed, broken nosed, short but colorful skirted, man with a long and bloody stone dagger held over his head in preparation of dispatching some slave or surf in a sadistic ritual of blood sacrifice, comes to mind. How many times have we seen that both by real actors and in animation? Is, what we’ve seen true? Probably, but, I’m sure that these guys had other functions which probably all didn’t deal in death and destruction of the local populous. The truth be known, some of their sacrificing and bloodletting was done on themselves purely to maintain their cleansed status. How could they expect the general populous from supporting this function if they couldn’t do it internally (within the order).

They had other tasks to perform within their culture. The foremost being education which was widely practiced an organized. Their schools were set up into primary and secondary levels. The students were also separated by sex. The girls were taught by ‘Nuns’ or female priestesses while the boys were instructed by male priests. The secondary schools were called

‘calmecac.’ They taught religions instruction, astrology and divination, other forms of math, and the deciphering of manuscripts or ‘pinturas.’

Another major task preformed by the order was the control of food. The priesthood was established and set up similarly to what was going on in Europe at about the same time. Externally they ended up controlling large amounts of land just as their counter parts in individual cloisters did only to have the priests tend to their gardens whose bounty was always shared with the poor. There was also a law of ‘first fruit’ which enabled the priesthood additional produce which was shared.

On the throne sat the emperor. He was supplemented by his council which was similar to The Cabinet in both the U.S. and Canada. The head of the Aztec priesthood was second only the royal family. He was called Mexican Lord of Devine Matters of Mexicatl Teohuatzin. The second in command within the order was the secluded high priest of Quetzacoatl. The priests of this order were called by name after their tutelary deity. The Quetzacoatl priesthood was probably a holdover from older ‘Toltec” times. The bulk of the priesthood was made up of black clothed, long haired ordinary Priests whom were named the Tlenamacac. The only ones under them were the newly graduated trainees called the Lamacazton or ‘Little Priests.’

The priesthood enjoyed no easy existence, but led a stern life of fasting, penance, and prayer, with constant observance of laborious and exacting rituals, which embraced sacrifice, the upkeep of perpetual fires, the chanting of holy songs and mantras to the gods, dances, and the superintendence of the ever-recurring festivals. They were required to rise during the night to render praise, and to maintain themselves in a condition of absolute cleanliness by means of constant ablutions. 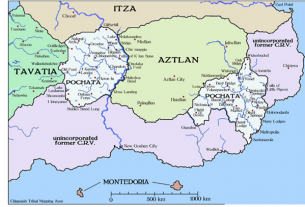 Where Did They Come From?