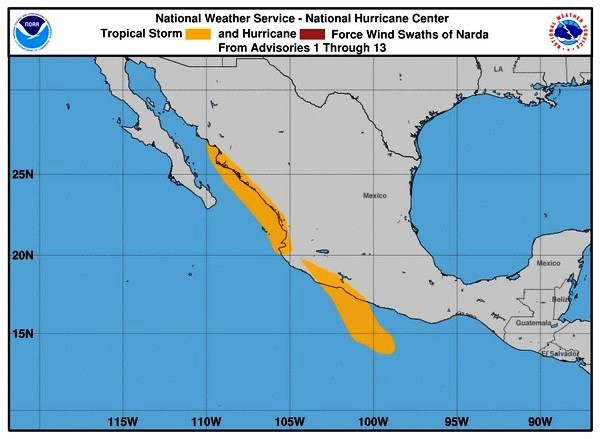 By Tery Sovil on the November 2019 Edition

Strawberries are not a true berry but watermelons, pumpkins, bananas and avocados are. Bananas are berries and raspberries aren’t. Bananas are not trees. There’s no wood in them. They are giant herbs and banana is its berry. Google this to shake yourself up.

No one knows the true origin of the most popular fruit in the world. It is probably from the Indo-Malaysian region extending to northern Australia. Now, bananas are found throughout the tropics and subtropics. In most areas, there is no real distinction between a banana (eaten as is) and a plantain (cooked). If the fruit is to eat, it comes from the Musa acuminata which is native to the Malay Peninsula and adjacent regions.

Bananas are one of the most important tropical fruits traded. They have been a staple in the human diet from the dawn of recorded history. It was used within Pacific society for food, beverages, fermentable sugars, medicines, flavorings, cooked food, silage, fragrance, rope, cordage, shelter, clothing and ceremonial and religious uses.

Some have large, hard seeds but virtually all bananas for food are seedless. Bananas are classed as a dessert banana (yellow and fully ripe when eating) or green (cooking bananas). Bananas are grown in at least 107 countries. In a commercial operation, yields of up to 40,000 kg of fruit per hectare is possible. A hectare is 1 hectare = 100 acres = 10,000m2 or an acre is about 0.4047 hectare and one hectare contains about 2.47 acres.

I’m sure you remember that we had a couple of big storms that just, literally, walked our coastline heading northwest and went on into the Sea of Cortez. These were in late September and early October. They had a huge impact on the local banana crop. Hurricane Lorena went through with wind speeds of 75 mph from September 17 to 22. Tropical Storm Narda followed the same track, with wind speeds of 50 mph from September 2 to October 1. Lorena caused the most damage and flooding but then Narda added more flooding and other problems.

Hurricane Lorena, according to the president of the Banana Producers’ Regional Union, Francisco Hueso Alcaraz, hit 69 growers in Colima and destroyed 3,600 hectares of bananas, impacting more than 160 producers in Manzanillo and Cihuatlán.

Preliminary reports said all of the production was lost in the ejido El Colomo, Manzanillo with about 500 hectares. Also, total losses in Marabasco with 1,200 hectares were reported and same with another 2,000 hectares in Cihuatlán, Jalisco.

Agro Insurance said Mexico has the potential for strong growth but, due to our heavy exposure to climate-related problems which will worsen with environmental change, it is challenging. 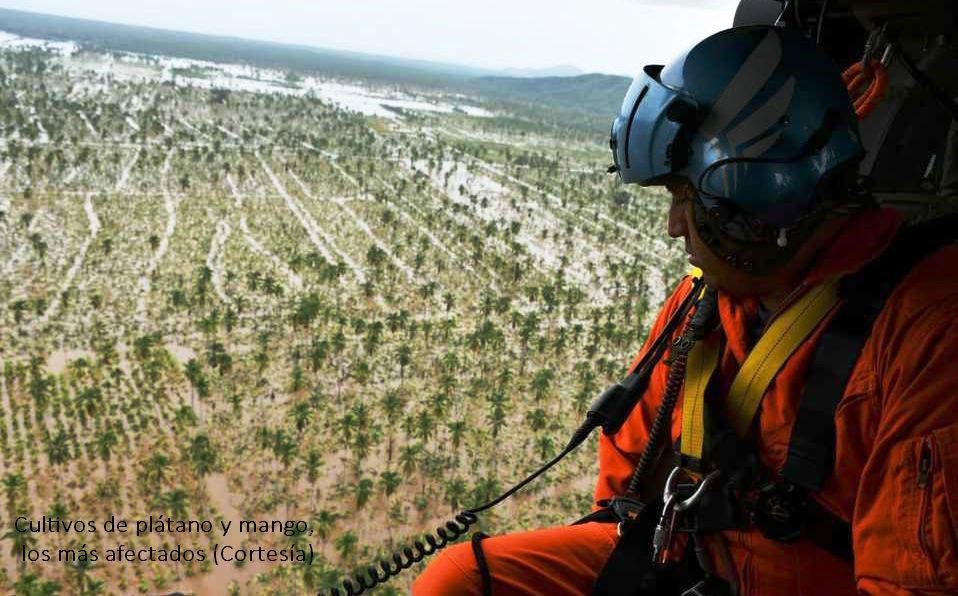 The rainfall hit hard in 12 Mexican states, affecting corn, pineapple, papaya, banana and beans, among other crops, according to the Secretary of Agriculture. Preliminary data estimates that over 138,000 hectares have been destroyed. Impacted have been Colima, Coahuila, Chihuahua, Guerrero, Jalisco, Michoacán, Oaxaca, Puebla, Quintana Roo, Sinaloa, Veracruz, and Yucatán. Designs for recovery are being studied for roads and damaged buildings. This has cut off some communities who will now have to wait for the road damage to be repaired. Some farmers suffered small losses, but their margins are tight. 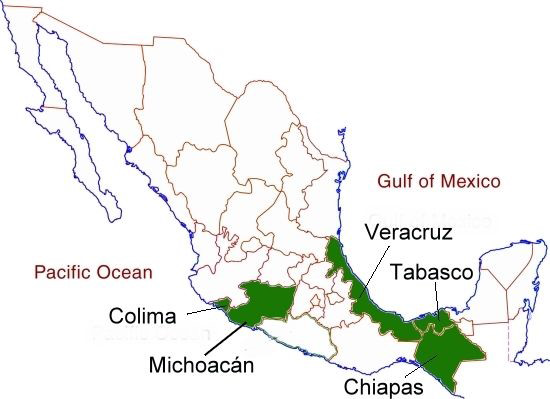 Banana crops will return with a bright future. Banana plants grow fast but it still takes time. Colima is now able to start ex-porting bananas to China just like they do in Tabasco, Chiapas and Veracruz. Data reveals that Mexico ranked 12th worldwide in banana production, accounting for 2.0% of the global supply in 2017.

Mexico produces bananas in 16 states, on more than 80 thousand hectares. Chiapas generates 30% of the total national production, followed by Tabasco with 26.9%, and Veracruz, with 9.3%. Each year, the country produces more than 2 million tons of bananas worth nearly 7,000 million pesos, as a ton has a commercial value of more than 3,000 pesos. During 2016, 1 out of every 5 tons of bananas produced in Mexico was destined for the foreign market. World exports reached just over 21.9 million tons, while domestic exports represented 21.1%, with a value of $195.8 million USD. 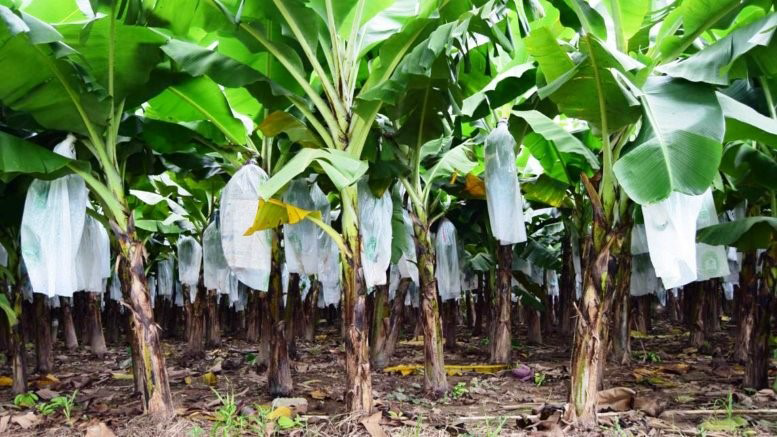 Bananas are a staple crop for millions and one of the world’s top 10 crops in terms of the cultivated area devoted to their growth and the calories they provide to the global population. For the past 60 years, annual yields have been increasing by 1.37 tons per hectare as the world warms and now stand at about 10-40 tons per hectare. A new study from the University of Exeter, UK, says that, as climate change continues, annual yields could begin to slump. They may be down 0.19-0.59 tons per hectare.

While not bananas, Colima also suffered a loss of shrimp farms in Tecomán and Manzanillo from Narda and the rains. Just as they were starting to work on damage from Lorena, Narda arrived. Calculating the damage that hurricane “Lorena” left on banana plantations, a week ago, when hurricane “Narda” arrived to deepen the damage, 1,600 hectares of shrimp farms were damaged. Part of the problem with all the rain was that it created a “lagoon” in areas next to the farms and this allowed the shrimp to swim away and production was lost. 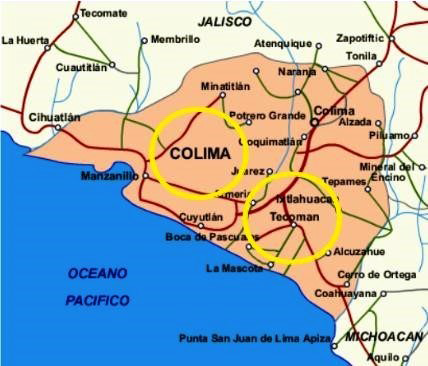 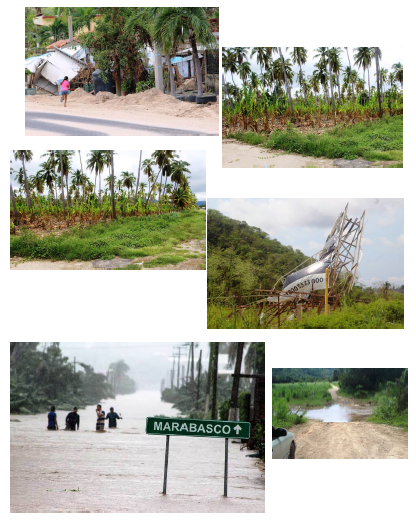