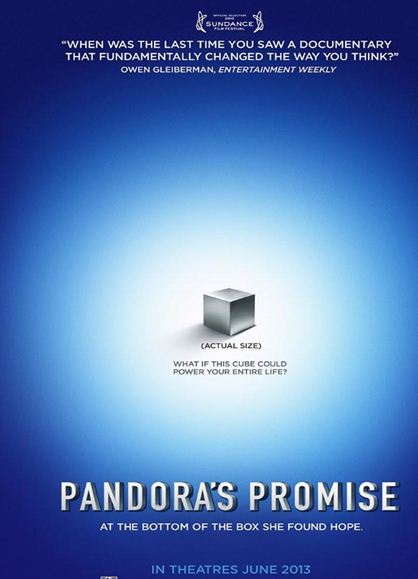 By Suzanne A. Marshall from the October 2016 Edition

“A feature-length documentary about the history and future of nuclear power. The film explores how and

why mankind’s most feared and controversial technological discovery is now passionately embraced by many of those who once led the charge against it.”

This is a very thought provoking documentary and gives us a newer perspective on the pros and cons of nuclear power. It also offers some information that might ‘debunk’ what many of us presume to know as fact. For example, the issues of nuclear waste and radiation fallout. It’ s interesting to note that some of the commentators were former activists previously opposed to the very idea of nuclear energy.

I found myself deeply engrossed in this film, especially given the current political and public debates surrounding the oil industries, pipelines, population growth, global warming and the needs of the human race for food, reduced pollution and energy. What are we going to do?

I believe that anyone who views this documentary will find themselves wondering and wanting more information about the future of energy production.