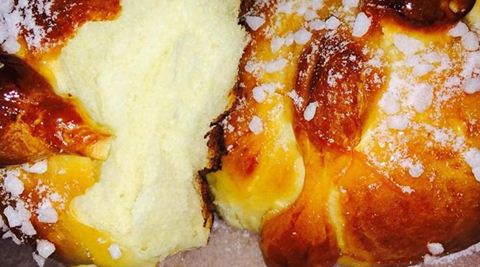 Heat the milk and the butter together in a medium saucepan, until the butter melts.

Remove from the heat and add them warm water. The mixture should be around 110 degrees F (43 degrees C).

In a large bowl combine 1 cup of the flour, yeast, salt, anise seed and 1/4 cup of the sugar.

Beat in the warm milk mixture then add the eggs and orange zest and beat until well combined.

Stir in 1/2 cup of flour and continue adding more flour until the dough is soft.

Turn the dough out onto a lightly floured surface and knead until smooth and elastic.

Place the dough into a lightly greased bowl cover with plastic wrap and let rise in a warm place until doubled in size. This will take about 1 to 2 hours.

Punch the dough down and shape it into a large round loaf with a round knob on top. Place dough onto a baking sheet, loosely cover with plastic wrap and let rise in a warm place for about 1 hour or until just about doubled in size.

Bake in a preheated 350 degrees F (175 degrees C) oven for about 35 to 45 minutes. Remove from oven let cool slightly then brush with glaze.

To make glaze: In a small saucepan combine the 1/4 cup sugar, orange juice and orange zest. Bring to a boil over medium heat and boil for 2 minutes.

A bit of history…

Pan de muerto (Spanish for bread of the dead), also called pan de los muertos or dead bread in the United States, is a type of sweet roll traditionally baked in Mexico during the weeks leading up to the Día de Muertos, which is celebrated on November 1 and 2.

It is a sweetened soft bread shaped like a bun, often decorated with bone shaped phalanges pieces. Pan de muerto is eaten on Día de Muertos, at the gravesite or altar of the deceased. In some regions, it is eaten for months before the official celebration of Dia de Muertos.

In Oaxaca, pan de muerto is the same bread that is usually baked, with the addition of decorations. As part of the celebration, loved ones eat pan de muerto as well as the relative’s favorite foods.

The bones represent the departed one (difuntos or difuntas) and there is normally a baked tear drop on the bread to represent god-dess Chimalma’s tears for the living. The bones are represented in a circle to portray the circle of life. The bread is topped with sugar. 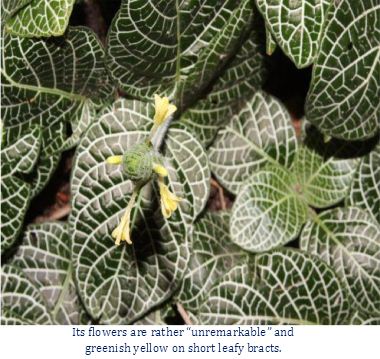