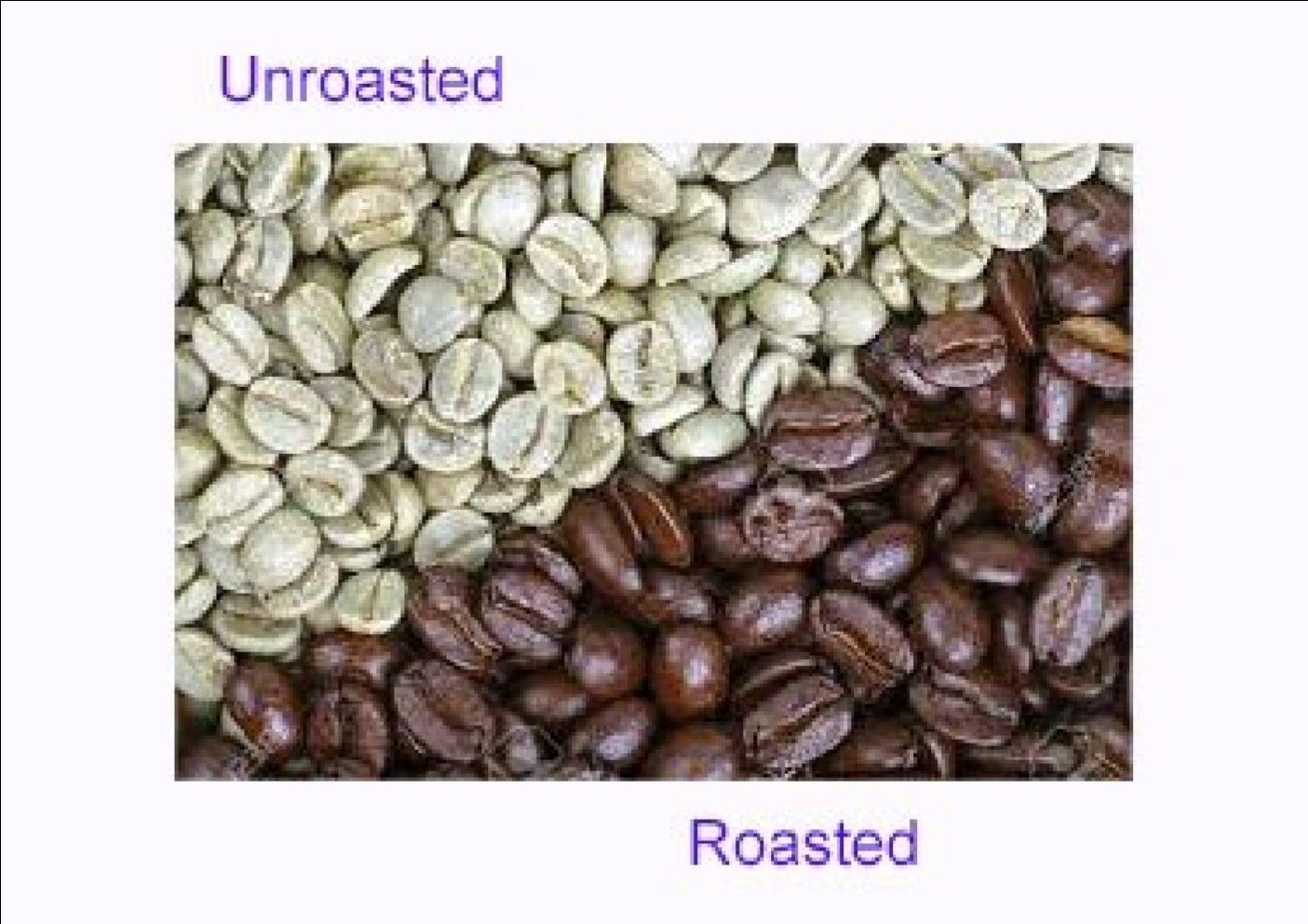 By Terry Sovil  the April 2019 Edition

The coffee article last issue talked about coffee in Colima and ways to brew it. I was intrigued about how Colima compared to Mexico and the world.

Coffee Types
There are more than 80 coffee types! Out of the 80, two dominate our tastes and purchases: Arabica and Robusta.

This is the older bean considered finer than the Robusta. Less bitter, less caffeine and more aroma, one of the oldest seed types in agriculture. It matures in 9-11 months, has more than 60% of the market and is mainly grown in Brazil, Columbia and Central America. Mexico is one of the largest producers of organic coffee and 95% of our harvest is Arabica-type beans.

Mexico’s location between the Atlantic and Pacific oceans puts us in a perfect position for the growing of Arabica beans. Mexican plants tend to flower 3-4 times each year due to diverse climates. November to March sees a lot of coffee harvesting. Many of our beans, about 40%, are grown in medium-to high-altitude forests. They say “High Grown = High Quality”.

Robusta is less aromatic, twice the amount of caffeine as Arabica, more resistant to heat, disease and parasites. It is round-shaped and the cut is straight. It matures within six to eight months. Market share is about 40% of the market. Primary growing areas are Central and West Africa, South East Asia and Brazil. 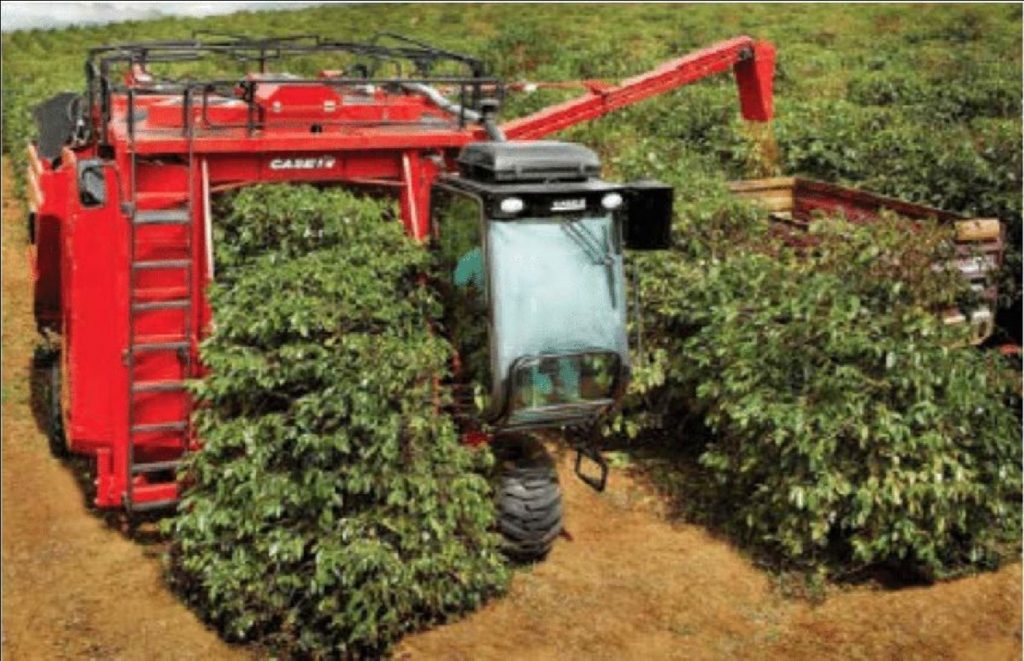 A majority of our coffee, particularly organic, is from small farmers, mostly in the states of Chiapas and Oaxaca. Coffee is one of the most profitable exports in Mexico and up to a half million small farmers and their families depend on exports for their survival. The Mexican Coffee Institute (INMECAFE), is a government agency developed to help and administrate coffee growth among the small growers. They supplied technical sup-port, credit and transportation to market. Their efforts produced big results in the 3 main states of Chiapas, Veracruz and Oaxaca that produce 75% of the coffee in Mexico.

As Mexican coffee consumption increases, and becomes more common, there are some changes in overall coffee culture. For many, coffee is an early morning kickoff, but that isn’t always true here. For many, it can be a more important item at lunch or dinner. Customers eat and relax a bit and talk. This is why many coffee shops don’t open early but rather late morning. This creates a different coffee shop culture but it is still an activity that binds people together. Despite the boom, there is still demand from the commodity coffee buyers for instant coffee.

Typical fine Mexican coffee is comparable to a light white wine. Delicate body, dry, with an acidic rush. If you like this, you will like typical Mexican coffee. If you like more, high-growing regions like Chiapas rival the coffees from other areas like Guatemala, in power and complexity. Since we have certified, organically grown coffees, 75% comes from Latin America, there are many coffees appearing on North American menus. Some of the most admired Mexican coffees do not end up in the United States or Canada but in Europe. 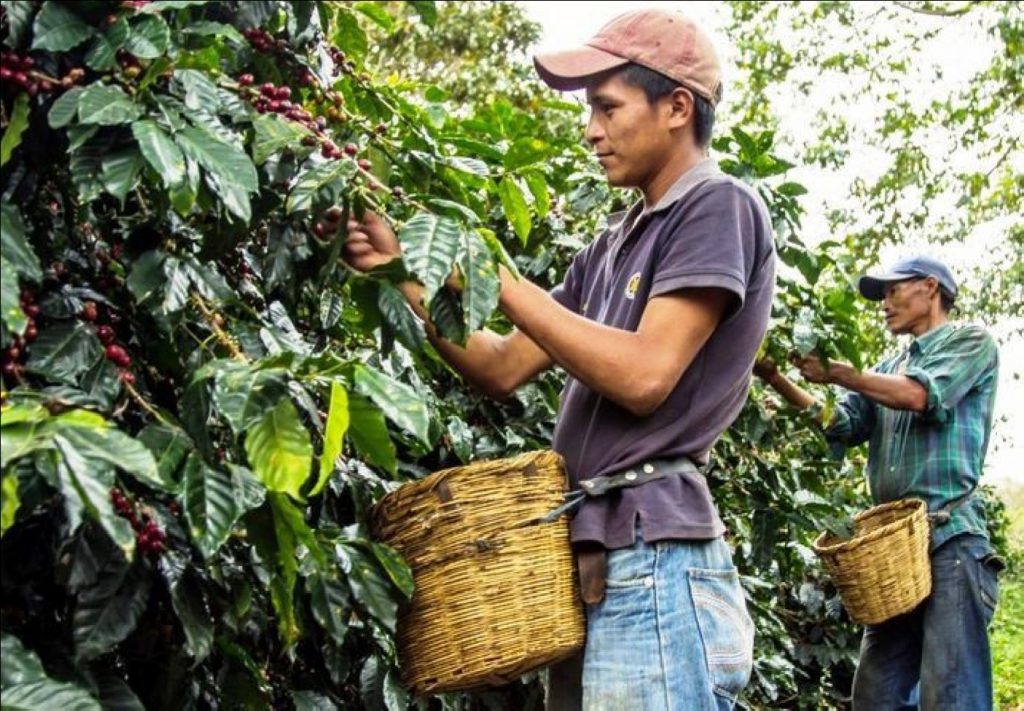 Coffee is a plant. It grows as a bush or as a tree (4 to 10 meters / 13 to 33 feet). A tree can carry blossoms and fruit, called coffee cherries, of different ripeness at the same time. The cherry-like fruit contains two seeds facing each other on their flat side. The seeds are in a thin skin and a slimy type coating. Since each bush or tree can have beans at a different stage of growth it makes the picking difficult. The lay of the land is of-ten a high altitude with difficult, steep terrain. Most of the harvesting is by hand. 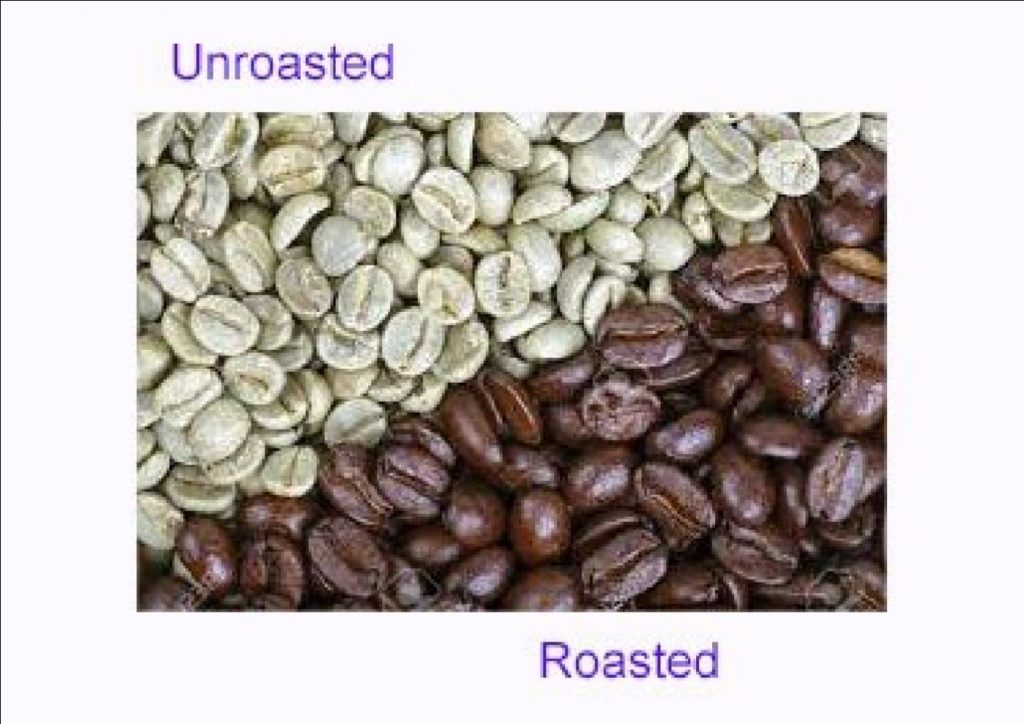 Specialty coffees have been hand-picked by a team (estate) or the individual farmers (small cooperatives). It is imperative that the cherries have reached their maturity. This means you by-pass some cherries and leave them on the tree. It’s not unusual to have up to 10 passes to assure they are picked at the right time. Most pickers are paid by the weight so it is difficult to have consistency unless they pay extra for quality ripe cherries.

Strip Picking
A big percent of the harvest is with strip picking. Each picker strips the entire branch rather than selecting fully mature fruit. It is efficient but the results of a mix of mature and unripe cherries can be a huge detriment to coffee quality. A farmer will receive a greater price for the coffee if they deliver only good, ripe cherries. 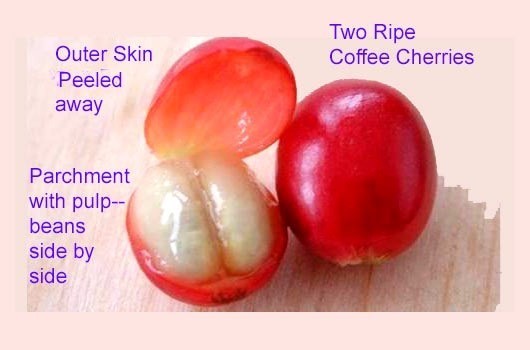 Machine Picking
Machine picking is very efficient but is only used by Brazil. Brazil has flat lands where the machinery can be operated effectively among perfectly planted rows. The equipment is costly but it can be operated by one man, which lowers costs due to reduced overhead. The machine strips the branch. This is not good for the harvest of good cherries. You end up with a resulting mix of unripe and ripe cherries. It is also hard on the trees. This is why Brazilian coffee can be cheaper in price due to lower production costs. Some farmers have found newer, gentler equipment but there is still no close observation by a human picker. 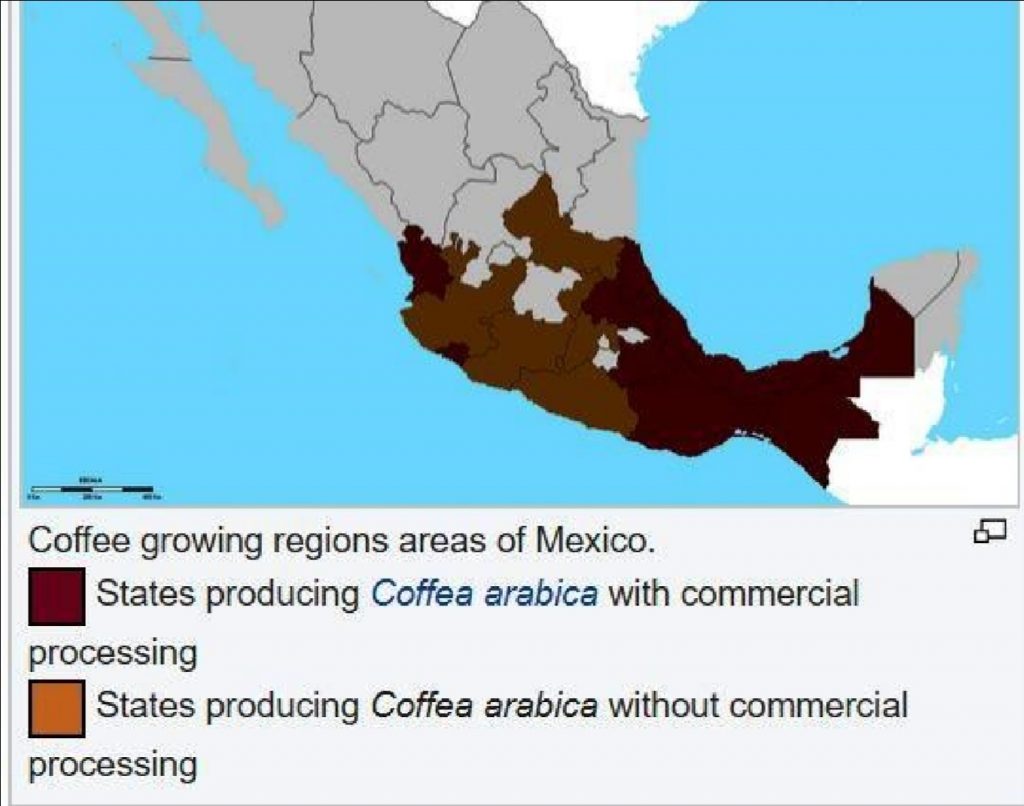 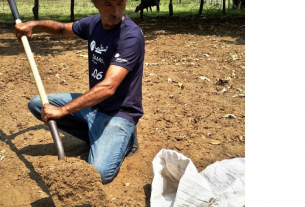