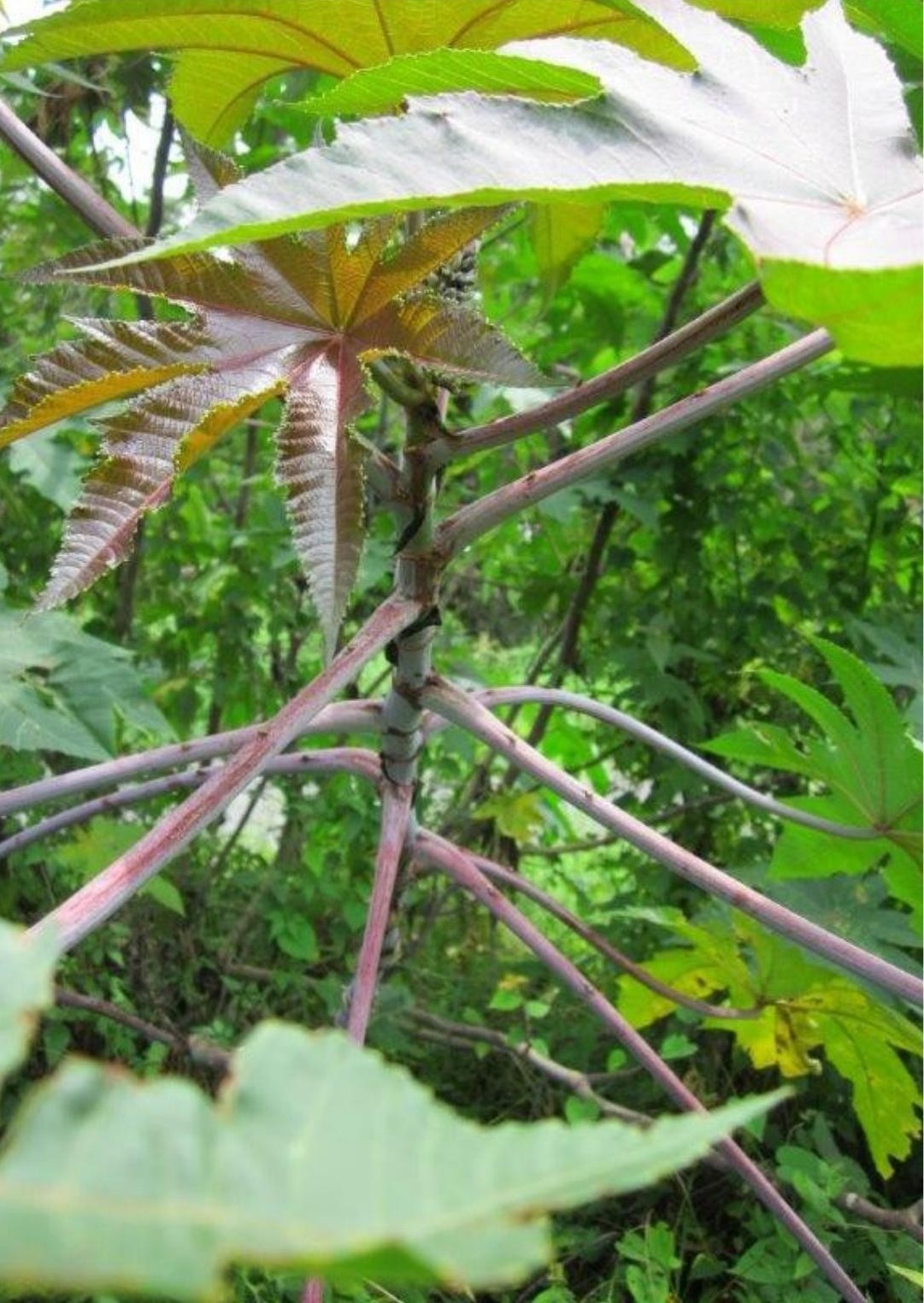 By Tommy Clarkson from the February 2018 Edition

Fraught with a few fearsome facts, the Castor Bean is perceived by no few as the botanical world’s equivalent of the proberbial wolf in sheep’s clothing! As a result, some shudder at the mere suggestion of its use in one’s garden.

So, is there a substantive base for this worry or is its reputation simply hype and “bad press”?

Let’s start with some scientific data. The seeds from the beautifully leafed Castor Bean plant contain ricin which is said to be one of the most poisonous, naturally occurring substances known to mankind and as little as one milligram of ricin can kill an adult!

Whoa there Tommy! This sounds like an undisputedly bad” sort of plant. Why would anyone, anywhere ever want one around?”

Let’s start our answer by noting that the Caster Bean plant is not a recent one to man’s awareness. Apparently early Egyptians used oil pressed from its seeds for use in their lamps. Its oil has industrial and medicinal purposes with much of it going into lubricants for machinery and auto engines as well as being used in “plastics, paints, inks, soaps, linoleum, dyes, leather preservatives, waxes, polishes, cosmetics, candles, and crayons”.

More recently (with one of his plants reaching 22 feet), it’s writ-ten that Thomas Jefferson planted the Castor Bean plant in areas hoping as per folklore to deter moles. It didn’t work!

As to its botanical name? Ricinus is the Latin name for tick that which the seeds greatly resemble; whereas, communis simply mean “common” or” general”.

“No Tommy, not so fast, let’s get back to that poison thing”?

Well, it’s very real. The ricin from this plant can be employed to kill one or incorporated as a biological weapon of mass destruction.

And that’s a fact. In the former usage, a few of us “long in the tooth” may remember the assassination of Georgi Markov, a Bulgarian dissident who worked for the BBC in London, in 1978. He was murdered very James Bond-like as a result of having a one mm, ricinlaced pellet stabbed into his leg with a modified umbrella. Purportedly, this dastardly evil deed was done by the Bulgarian Secret Service.

On the WMD side, ricin may have been used in the Iran-Iraq war during the 1980s and it has been found in Al Qaeda caves in Afghanistan. More recently, in 2003, several individuals were arrested in London who were producing ricin with, clearly, ill intent.

With this all in mind, would it be fair to equate these beans to some sort of botanical Borigas durned near evil incarnate? With that in mind, might one worriedly wonder from what sort of family tree these plants have come?

In all actuality, it’s a rather interesting one! The Castor Bean, itself, is the only member of the genus Ricinus which is to say that it really has no immediate, close kin. However, being of the Euphorbiaceae botanical family, it has an intriguing array of shirttail kin such as the Cassava, Chinese Tallow Tree, Croton, Crown of Thorns, Poinsettia, Rubber Tree and Tung oil tree. (Wouldn’t you like to see that annual family reunion picture?)

The Castor Bean has huge, colorful, dinner-plate leaves sized that, with the sun reflecting off them, are quite attractive. These one of its most impressive aspects are 5 – 11 inches, lobed, purplish-green in color and star shaped leaves and can reach three feet (.91 meters) in length. The Castor Bean it is a dramatic tropical, easily reaching ten feet (3.04 meters) in height in a single season.

The Ricinus communis’s origin is Africa but it has since been introduced around the world, escaping from cultivation to proliferate in the wild up to the point of being considered an invasive plant in Australia, many Pacific Islands, and in 27 US states. It is grown in temperate zones as an annual. In the tropics, it can either grow as a shrub or a tree. In this latter form – along waterways and in well-drained, nutrient rich soils it can reach 40 feet (12.19 meters) in height.

If situated in full sun, and provided with ample fertilizer and water, Castor Bean plants can grow at an amazingly fast rate. So, as regards the utilitariasim of Castor Bean’s ornamental plant use – use common sense. The best precutionary advice I can give is to remove flower clusters as they appear, preceding seed production, hence, minimizing accidental poisoning. 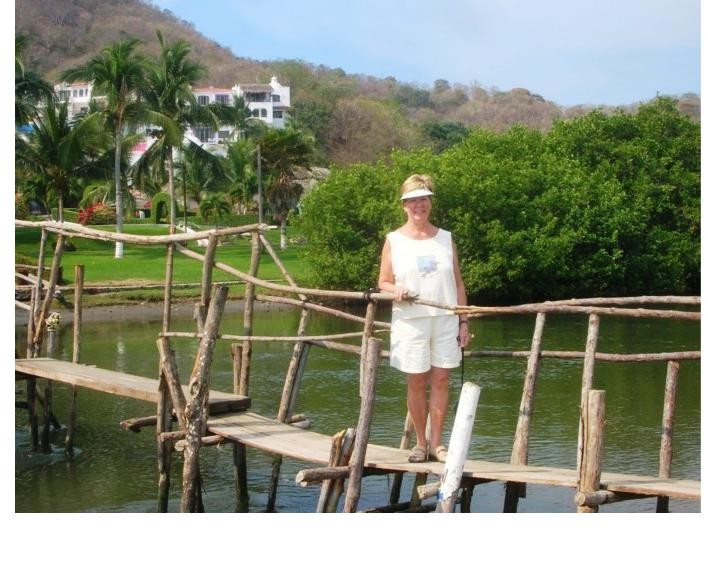 A Troubled Bridge Over Water 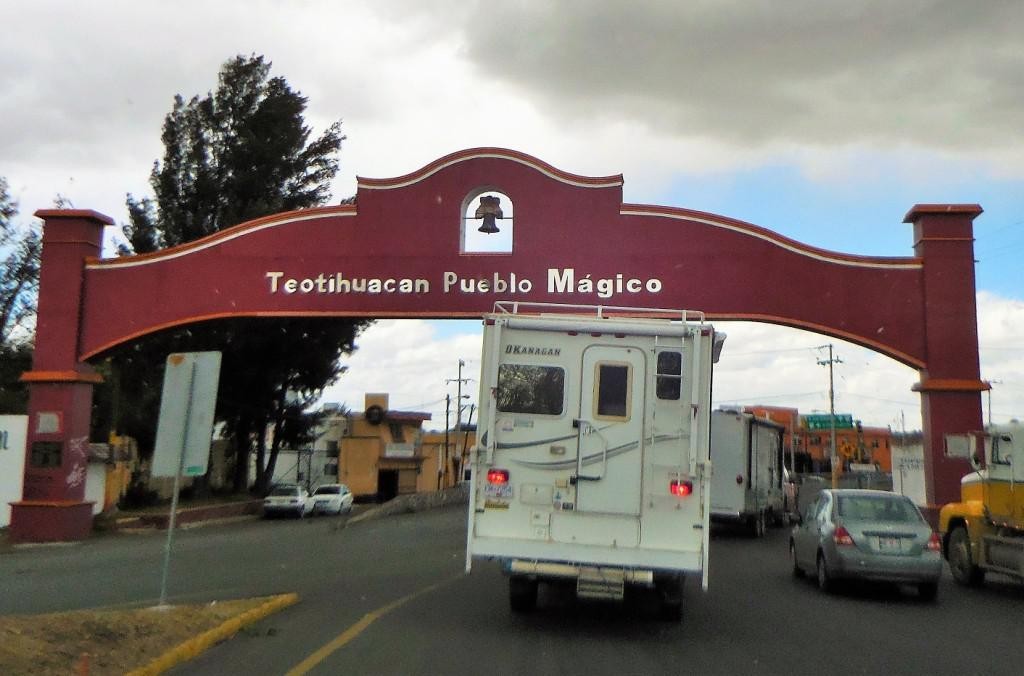