By Tommy Clarkson from the February 2018 Edition

(Once again, I show my age. But, how many others remember Ernie K-Doe’s 1961 hit song ”Mother in Law?” For those who are unaware of, or don’t recall, the lyrics, it was a somewhat humorous commentary and characterization of such an individual. Having been thusly explained, I share that I can’t come upon any of my Sansevieria plants without that durned song popping into my mind! Why? Because my ‘Grammy’ called the big ones by their common name, Mother in Law’s Tongue.)

Actually, there are between fifty to seventy species of this succulent, evergreen herb in the genus Sansevieria. The genus derived its name from the Prince of Sansevero who was born in Naples in 1710. All species within the genus originated in Africa, Arabia, Madagascar or India. How some got from one, far-off, remote place to another, however, is a complete mystery to me! One specimen that I dug up in Thailand recently is an ab-solute double of another I found in the semi-wilds of southern Colima here in Mexico, several years ago. And, according to Kirsten Albrecht Llamas, they came from southeastern Africa which is pretty much right between the two countries!

(This may be a good time for an object lesson of sorts. Those who’ve toured Ola Brisa Gardens or who regularly read my weekly column, “Planting Roots in Mexico”, are well familiar with my oft-repeated reminder to take data gleaned from the internet with a grain if not substantive block of salt! Appro-priate thereto, after having pored over numerous of my botanical tomes, I thought I’d “peruse the ether” to see if I could pick up any missed tidbits. I soon read that this species was “discovered in 1939 by William W. Smith, Jr. in the Crescent Nursery Company, New Orleans, Louisiana.” Yet nowhere was there an explanation, embellishment or affirmation with facts, nor was any such vague assertion to be found in any of my more authoritative botanical books…a modification of the old adage, “Let the reader beware!”)

Not seeing it necessary to rewrite the applicable botanical description, I share with you the following which comes from The University of Florida’s Cooperative Extension Services Fact Sheet FPS-534. “(This species of) Bird’s Nest is a stiff, vase-like, herbaceous perennial that attains a height of about six (15.24 cm) inches. Its simple, elliptic leaves are arranged in a rosette. These attractive leaves are dark green with light green, irregular bands that run across the leaf’s width. The flowers of this plant are green and white and occur periodically throughout the year. Small berries follow the flowers, but these fruits are unnoticeable.” Expanding a little on the description of the leaves, they are generally stiff, thick, spear-like, have a glossy texture with those irregular bands being mottled splotches of white.

Sansevieria trifasciata ‘Hahnii Marginated’ is a variant that shows itself with thin, yellow leaf margins, similar in appearance to the large, original species with which I was familiar at my grandparent’s home so many years ago.

The Bird’s Nest Snake Plant tolerates low light levels and is rather capable of taking care of itself reasonably in that it stores water in parts above the soil, hence not necessitating a large root system. It can grow in most well drained soils, will endure periods of drought, tolerates moderate amounts of salt spray, and usually is not affected by pests. (How many other plants of which do we wish we could say the same?)

According to Plant Care Today (who should know) “Sansevieria tops the list as being the most tolerant of all decorative plants to survive the most unsuitable growing conditions, abuse and neglect a plant could receive. Basically, you have to work really hard to kill (it).”

In addition to being well-suited for rock gardens, Bird’s Nest can be a ground cover, particularly so, in dry, desert-like gardens. They’re also attractive when used in containers, either inside or out of doors. That said, ours line the path beneath a Carnauba Wax Palm, two Miraguama Palms and a cluster of Madagascar Dragon Plants, across from a succulent bed on the Grand Terrace.

If, for some reason or another, you have difficulty in finding a specimen, the easiest way to get one is to divide the pups from a mother plant or come on by and I’ll give you one! 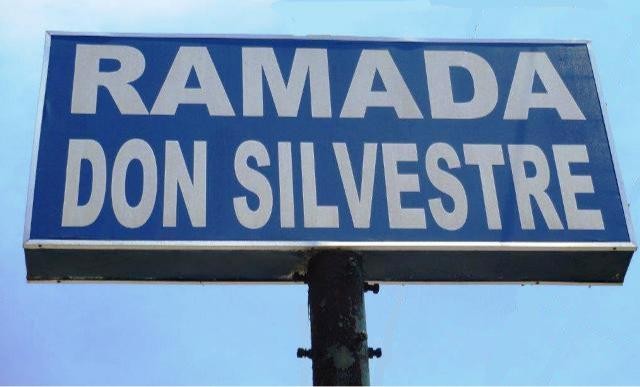