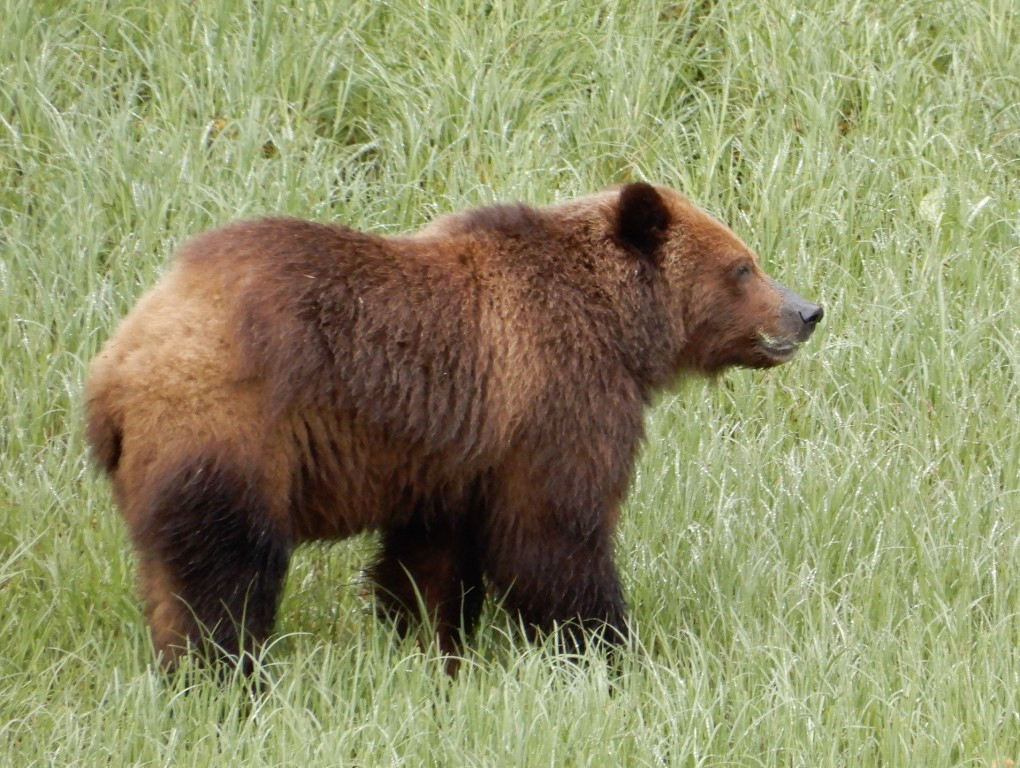 By John Chalmers on the August 2019 Edition

You may well wonder what grizzly bears have to do with México! In fact, not much now, but there was a time, thousands of years ago, when grizzlies ranged across western North America from México to Alaska. Today, there are no grizzly bears in México. In the continental, “lower 48” United States, the grizzlies are scarce, with an estimated 1,500 remaining close to the Canadian border, and are protected in Wyoming, Idaho, Montana and Washington. Far more grizzlies live in Canada, but more than half the estimated grizzly population in North America lives in Alaska, where hunting is allowed.

But the big bears can still be shot with a camera! That was my intention when I took a one-day trip on June 8 to see Canadian grizzly bears. Along with 99 other passengers on a charter aircraft, we flew from Edmonton, Alberta, to Prince Rupert, British Columbia. After a hot breakfast on board and a flight of about an hour and 45 minutes, we touched down at the Prince Rupert airport then took a five minute bus ride to the dock where we began our hunt for the bears in an eight hour cruise operated by Prince Rupert Adventure Tours.

Organized by Calgary based Classic Canadian Tours, the tour is one of several operated by the company to see special places in Canada’s north. The company began 15 years ago with one day tours to see polar bears at Churchill, Manitoba, located on the western edge of Hudson Bay and calling itself “the polar bear capital of the world.”

That was a trip I had also taken with the company, and had the opportunity to “shoot” a dozen of the largest carnivores in North America. In addition to bears and sightseeing trips, the company now offers week-long expeditions to Newfoundland.

Upon arriving at waterside, we boarded the appropriately named 72-foot catamaran, Inside Passage, and began our hunt for the grizzly bears. Our route took us along the coast, north of Prince Rupert to the Khutzeymateen Inlet, where the Grizzly Bear Sanctuary protects some 50 grizzlies as well as the smaller black bears in the area. Available only by water or air, the “Valley of the Grizzly” was our destination.

My first target was a grizzly sow with two very young cubs not yet used to the sight of our boat, and Mama Bear quickly led her offspring back into the forest, giving me barely enough time to dash off a blurry shot with my camera. But success soon followed! Along the inlet we saw a dozen more hand-some grizzlies, all feeding close to the shore, eating sedge grass or digging for clams. For the bears, salmon season would come later in the year.

On the flight there, naturalist Les Stegenga gave an informative talk to prepare us for the trip. I had enjoyed his commentary previously on the polar bear tour. Well informed and experienced, Les has studied grizzlies and polar bears in Canada as well as wildlife in Africa and China. Now retired as a senior keeper at the Calgary Zoo, Les was responsible for animals in the Canadian Wilds exhibit.

Although all aboard were excited about what we saw, everyone obeyed the rules of our boat’s crew to remain hushed as we stopped close to shore whenever we pulled in to watch the bears. While the Inside Passage was tolerated by the bears, we were warned that loud voices and unfamiliar noises could still spook our targets. Probably everyone on board had a camera,

Besides the success of photographing the subject of our excursion, the splendid scenery of a calm sea, mountains and end-less forest added to rewards of the day. We were spared rain from an area known for 265 days a year of rain.

But the overcast day, in cloudy bright conditions, was perfect for photography, with even lighting, no harsh shadows and rich colors in our digital images. Because it might startle the bears, flash photography was not permitted, nor was it necessary.

In some respects, the tour was a trip back in time where we were surrounded by untouched wilderness to see the native denizens of the area. Only a couple of small fishing settlements and just a few fishing boats were among the only evidence of civilization. The return trip to the dock provided a close-up look at seals, pods of orcas and humpback whales, as well as harlequin ducks, gulls and other birds.

As we neared Prince Rupert, one of the crew announced, “We have one more treat for you today, as we will soon have a close-up look at bald eagles.” Those magnificent birds knew what to expect. As the boat slowed down, we were pursued closely by a bald eagle, then two, then eight, then more and cameras were busy catching photos of them in flight.

Our boat slowed to a halt for an amazing spectacle! A crew member began tossing chunks of meat overboard and we were completely surrounded by at least a dozen bald eagles diving to pick up morsels from the water with their talons, then transferring it to their bills and circling the boat again for another reward.

It was a practice the eagles had learned from picking up scraps tossed overboard from fishing boats when the fish were cleaned. For the hundred tourists on board, it was a rare opportunity for a very close look at the eagles and a chance to shoot them with a camera. Having taken nearly 600 photos during the day, including many in high-speed “burst’ mode to capture action, I was glad I was taking digital pictures instead of running up a big cost for film and processing!

Before we docked and took the flight home with dinner and wine included, besides the bears, the eagles, other wildlife and coastal scenery, I had one more reward. I got the prize for guessing the exact time of touchdown on the tarmac at Prince Rupert 8:31 a.m.  and received a fine large photo of a grizzly, matted and ready for framing, taken by naturalist Les Stegenga. It’s now displayed on the wall at home! 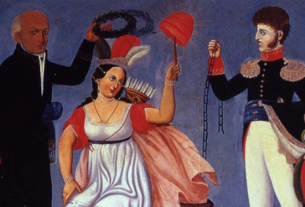