I wear upon my wrist

a watch bound by a band.

it’s the clock that binds the man.

My camera takes a moment

and makes it hold its breath,

while we continue posing

’til all scenes have left.

How far is up?

Is there really down?

How long is far?

How big’s a town?

How huge is large?

How wet is damp?

How clean is neat?

care not a whit

For languages, one needs a flair.

English, for some, is quite tough.

But chatting around the whole world

would be the most heady of stuff!

complete with all of its rungs

and when atop this challenge

speak in a many tongues!

Of course, I must know Latin

along with ancient Greek.

for others I need to speak.

And yes, I must speak Yiddish,

Czech, Russian and some Thai

and, perhaps some smooth Italian,

to make the ladies sigh.

(And let me murmur Mermaid

while with them in the kelp!)

French of course and German,

Gaelic, would be a hoot!

And when up north and chilly

t’would be nice to speak Aleut.

A chat with a Tasmanian

or, maybe a bit of Zulu,

while sweating in the sun!

Now, how about Cambodian

some Turkish and some Arabic

(I’ll try most any version).

and then some Japanese,

This task is not an easy one

nor for the faint of heart.

So now I’d better shut up

and with this task do start!

One is a number, that is for sure.

Two is its double, simple and pure.

Three’s a bit odd, with one always out

Four is much better, of that I’ve no doubt.

Five’s more than a little, like cranky old three

With one couple, one couple – and then there is me!

Then what do we find, but numeral six

Three comfortable couples with no one to nix.

To speak ill of it, tears would be shed.

Eight is just four – but all with fine mates

Great for a party; swell for fun dates.

Nine would be fine but it’s twice four point five

No number for which, many do strive.

And as to my counting, in Latin, say fin!

What is the age of being young.

And really, what is old?

So life is not just black and white.

Which we discern these tints and hues

I heard the pitter patter plunk of the numbing drumming rain.

With the same incessant sounding of its pounding on the pane.

And watched world distorted with my muddled puddled brain.

bound to a strong-minded dog,

my life has been led by my heart.

It’s taken me to,

and the occasional piles

How much of this path

has been of my choice?

Does one take credit

Was this tripping trek,

or that of others?

but two more they were

Happy who we are

You stand so calm with big brown eyes.

They took your only coat.

The price you pay to be a sheep.

You should have been a goat.

Home is where the wall is

A door is a wall that isn’t there.

A window’s a hole in the wall in the air.

A floor is a ceiling of walls on the ground.

A corner’s a pile of walls in a mound.

The plight of the humble pea,

is super sad, you see.

He and his peers.

in their pod group,

know that at best,

He spit in the eye of convention

and scoffed at the world’s “absolutes.”

When “expected” he then took contention

With structure and thinking minute.

He’s not be a pawn of committee

nor yes man to some oligarch.

Life’s for seeing and doing and feeling.

Not settled or scheduled or stark. 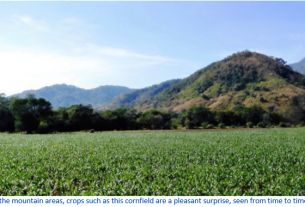 The Quest for Cuzalapa Coffee – On the Road