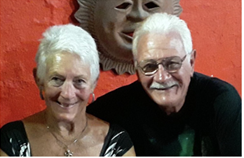 Anne and I had been traveling to Melaque for several years when, in February of 2020, we both came down with Dengue fever. I was recovering nicely but Anne’s sickness was complicated by her underlying Addison’s disease. Anne’s condition was getting worse with our local doctor only prescribing Tylenol. After five days, her oxygen levels became so critical that the doctor instructed that she be hospitalized in Manzanillo.

The doctors at Hospital Echauri in Manzanillo assured us that they could treat her and I was instructed to return home to Melaque. As the days passed, Ann’s conditioned worsened and, after five days, the attending physician told me that they could not do anything further with Anne’s condition and he suggested that Anne be returned home to Canada where they could better treat her Addison’s disease. I left the hospital in complete frustration at trying to figure out how I was going to accomplish getting Anne home.

As I was contemplating my situation, the word “SkyMed” popped into my mind. I rushed home to Melaque and after finding my membership card, I was shortly on the phone with the reassuring voice of Jim Edwards from SkyMed. Jim said, “we’ve got this”. What transpired was a series of phone calls and emails, one of which was a “Fit to Fly” form that needed to be signed by Anne’s attending doctor. In another call, Jim said, “I have some people who wants to say hi.” Jim had my children on a conference call because he wanted the entire family to be on the same page as to what was going to transpire in the coming hours as SkyMed returned Anne home to our family. I was overwhelmed by emotion during that phone call. How thoughtful of Jim to know that I needed my family’s love and support at this time.

Shortly after, I was instructed to be at Anne’s bedside at 11:00 the next morning when a doctor and nurse would arrive to begin the journey home. Arriving by ambulance at the Manzanillo airport, we were soon loaded into a waiting Learjet. When we left the runway, I remember thinking that it felt like I was being launched by a rocket into the sky.

After a fuel and lunch stop in Scottsdale, Arizona, we were soon flying over Oregon when the pilot informed us that we were being diverted to Abbotsford, Canada because of heavy snow at our home city of Kamloops, BC. Arriving in Abbotsford, we were met by a waiting ambulance and we began our 4 hour trip over a snowy mountain pass to our home and destination.

At home in our hospital, with our doctors, our family and our language, Anne was soon recovering. I remember, after getting home after the long travel day, sitting at my bed and contemplating all that had transpired in getting Anne home. The logistics in coordinating such a trip were absolutely perfect. Jim and SkyMed had committed to get Anne home and they did as was assured by Catherine Gonzales, our SkyMed representative in Barra de Navidad. “SkyMed Takes You Home.”

“Thank you SkyMed and Jim Edwards, I truly believe that you saved Anne’s life.” 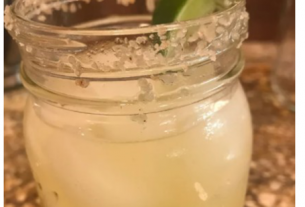 Food and Drink series – The Lighter Side of the Fabulous Margarita 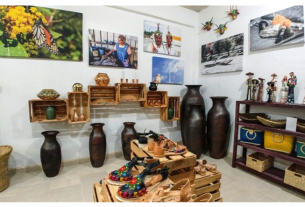 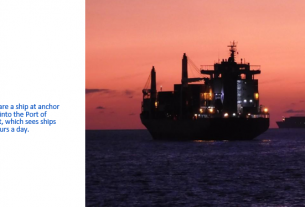 A Thousand Words series – A Collection of Mexico Photos