By Sun Reporter from the April 2012 Edition

In Manzanillo, Colima-the Secretary of Tourism for the Government of the State, Fernando Morán, , confirmed that for the coming holiday period of Holy week and Easter, one of the most important calendar, there will be more than 80 lifeguards to guard the beaches of the three municipalities of the coast: Armeria, Tecomán, Manzanillo.

He stated that the Tourism Ministry now has 17 lifeguards responsible for both protection and the rescue of swimmers who enjoy the miles of beach of Colima. These personnel are highly trained to respond to extreme situations.

Fernando Morán said that all staff hired must have a high degree of qualifications, to be responsible for the safety of persons using the beach and in all contingency situations. The Commission stated that the lifeguards recruited for Holy week and Easter, will required to give full attention to their duties and all visitors safety.

The Secretary of Tourism for the Government of the State, on April 3, announced that the last cruise ship to arrive in Manzanillo, will be the gigantic “Carnival Spirit”, with more than 2,500 passengers aboard. The ships of all lines will then reposition for the summer routings. 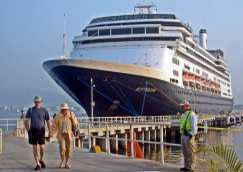 The administrator for the International Airport “Playa de Oro”, Enrique Peña, indicated that the high season of “charter” flights and cities of United States and Canada from domestic operations, also concludes with the month of March. During the season, it was reported, that Manzanillo Playa D’Oro airport had an influx of almost 15 thousand passengers.

He said that in the month of February alone there were 6 thousand passengers from United States and Canada.

Andrés Conesa, director general of Aeromexico group, announced during the presentation of the new 787 “Dreamliner” plane, which will join its fleet in 2013, that Aeroméxico will be expanding its service with the commencement of three more domestic routes, in addition to three new international routes.

Saltillo, Manzanillo and Chetumal will be the new domestic destinations of Aero México.

With the additional new routes, Aeroméxico estimated it will make 187 thousand national round trips in 2012, an increase from the 167 thousand operations in 2011 and 155 thousand in 2010. Atlanta, Washington and San Salvador will become part of the international airline itinerary, before the end of this summer.

Thus, international operations will be 35 billion in 2011 to 40,000 this year 2012, due to the increase of international travel from the Mexico City to Barcelona, San Jose and New York.

“In addition, there will be new connections from Cancun to New York, San José, Bogotá and Caracas this year”, says Conesa. “For the captain of Aeroméxico, this is the best aircraft in its class in any airport in the world.”

“Six years ago the company ordered the purchase of two models Dreamliner 787, each one valued at $ 193 million, and the leasing of five, requiring an outlay of more than one million dollars a month per unit”, reported Van Rex, Vice President of sales for Boeing Latin America, Africa and Caribbean. 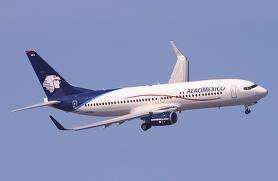 Aeromexico will be the first airline in Latin America to operate the Dreamliner next year, with what is expected to be an expansion of this airline.

All news was reported via Secretaria de Colima Facebook site.