By Tommy Clarkson from the December 2012 Edition

Perhaps, we may have dozed off during high school English class when the literary terms onomatopoeia, assonance, consonance and alliteration were addressed.

But now that we’re a slight bit older (for some of us, substantive literary license is used there), might it not be fun to see just exactly what those words, in fact, mean and how often we, unknowingly, hear them used?

In the simplest of definitions they are as follow:

Onomatopoeia is the vocal imitation of the sound associated with the word, examples are, buzz, clatter, sizzle, clang, drip, squeal, and purr;

Assonance is the repetition of vowel sounds, such as in “The crumbling thunder of seas” by Robert Louis Stevenson or as E.E. Cummings wrote “. . . on a proud round cloud in white high night. . “

Consonance, on the other hand, is the repetition of the consonant sounds, usually in the more important words or in the accented syllables. A great example is that of M.H. Abrams who penned “buckets of big blue berries”,

Alliteration is well shown in Paul McCann’s fun short poem, “Dewdrops Dancing Down Daisies”. (Look it up, as I think you’ll enjoy it!)

Edgar Allan Poe was a master of such literary devices as may be seen in but this one line from the his poem The Raven: “And the silken sad uncertain rustling of each purple curtain . . .”

Over the years, I have had the delight of teaching creative writing all the way from the third grade up to undergraduate college level. The following is a poem I wrote and gave to them – from children of eight to young adults of twenty and more – with the task of identifying each of the four preceding literary techniques.

See how you do!
I heard the pitter patter plunk
of the numbing drumming
rain, with its same
incessant sounding
of its pounding on the pane.
I stared at drops that
smeared and steered
around a long forgotten stain,
and watched the world distorted
through my muddled puddle brain. 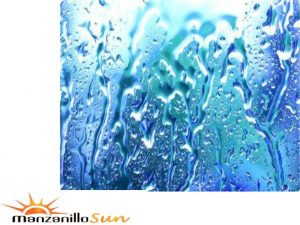