By Suzanne A. Marshall on the October 2020 Edition

As the summer heat was upon us this season, we kept our eyes out to sea. This year, the weather experts are predicting more than the usual number of tropical storms. On the Pacific side, I have found that this number is typically less than on the Atlantic and gulf sides of Mexico. This year is no different from what we have experienced thus far over our time in Mexico. 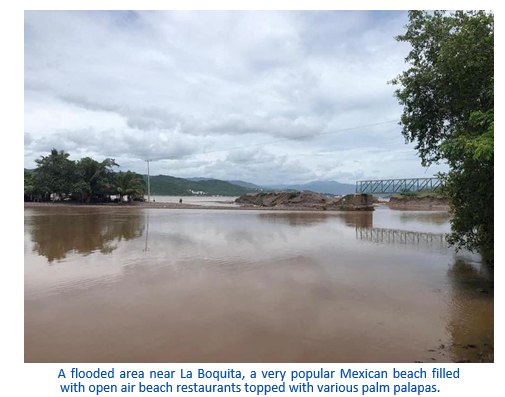 In April, we watched hurricane Genevieve slowly move by our bay, out at sea, with gusts that peaked at 130 mph and lots of rain. As usual, the storms kicked up tremendous surfs and the windows of our condo rattled frequently as the huge surfs crashed on shore. But overall, it was not the ‘stuff’ of a hurricane Patricia or other major storms of the past. Praise be for that!!

So, of course, in late August, when Tropical Storm Hernan was heading our way, out at sea, we weren’t too worried as it had yet to be categorized as a hurricane. What we were unaware of was that another storm was coming our way, over the mountains,  at  the  same  time.  When  the  two  storms  merged,  you might say that ‘all hell broke loose’. In my thirteen years in Manzanillo, I have never seen so much water inundating the city.

The two systems ultimately dumped two feet of water in one day! What needs to be remembered here, is that we are surrounded by the Sierra Madre mountain range. So, the rainwater pours down the mountain sides and hills, carrying earth and sand and, thus, finds its way to the flood canals and hopefully out to sea. Manzanillo had built these canals (arroyos) specifically to cope with rainy season flood waters.

But, alas, it wouldn’t be that simple this time. The canals could not compete with the flowing tides pouring out of the mountains and ultimately overflowed by as much as six feet of water. So, you might imagine the runoff pouring into the streets mixed with mud and sand and filling entire neighbourhoods with several feet of water. It undated homes and destroyed vehicles as it spread like a plague.

As the days followed, after the storm, I read that some citizens had spoken to the municipal government about better systems for water drainage and the prevention of another such occurrence. Meanwhile, many people donated funds to help those in need. Some of our own condo staff were hit hard in the Santiago area. So, we all chipped in to assist with the purchase of household items, bedding, towels and auto repairs.

In the meantime, we have noticed, as we drove through some different areas, that backhoes are busy digging trenches and very large drainage piping lays in wait to be placed in the ground. One can only hope that this will be done in all needed areas and save the city all the terrible problems being experienced now as a result of this double storm assault on our be-loved Manzanillo!

One only need watch the international news to see that the worlds’ climate is giving many countries a taste of calamity; be it wild fires in California, Oregon and even Canada; to hurricanes hitting the southern USA from the Gulf of Mexico. This, of course, is unfolding in the middle of a 100 year pandemic; cause I think for all of us to do some serious thinking about what has to change. 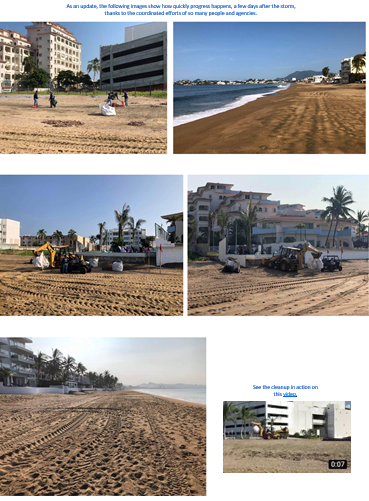 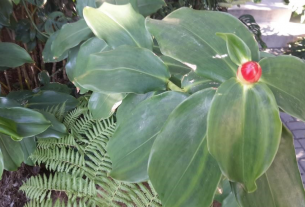 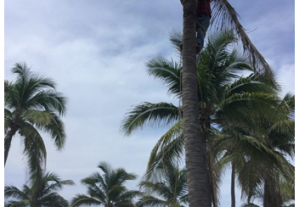 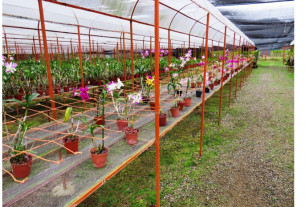