By Tommy Clarkson from the January 2011 Edition

This morning, my pal F.T.  who shared the Iraq experience with me during my third trek there forwarded some James Thurber quotes.

They gave me pause to relish the deep and sometimes droll mentality of this great man who was said to have “set the standard for sophisticated humor and prose style for a generation of American readers.”

Hence, herein, I write with little personal originality. Rather, I invite you to revisit (and in some case read for the first time) the rich and thought provoking turn of phrases by one of the greatest to invoke the English language.

The quintessential master of such, Thurber observed,

“With sixty staring me in the face, I have developed inflammation of the sentence structure and definite hardening of the paragraphs.”

Born exactly fifty years and one day before me, he was the ultimate wordsmith. Sometimes his pen and ever productive mind produced ponderings of profound pensivity such as “All men should strive to learn before they die, what they are running from, and to, and why. “

At other times, equally on target, he opined which well applies to many presently in public office: “You can fool too many of the people too much of the time.”

Similarly, were he alive today, might he have been speaking about our culture’s penchant for political correctness when he stated, “You might as well fall flat on your face as lean over too far backward.”

Succinctly he spoke of reality, often tinged with humor. “It had only one fault. It was kind of lousy.” Similarly, with a delightful twist, was his review of a new wine, “It’s a naïve, domestic, little Burgundy without any breeding, but I think you’ll be amused by its presumption”

On a broader, philosophical plane he said, “There is no exception to the rule that every rule has an exception.”

And is not this tragically accurate and profoundly all too correct? “The difference between our decadence and the Russians’ is that while theirs is brutal, ours is apathetic.” Or, “The laughter of man is more terrible than his tears, and takes more forms hollow, heartless, mirthless, and maniacal.”

At the age I am this day (but only for a few hours more) he observed, “I’m 65 and I guess that puts me in with the geriatrics. But if there were fifteen months in every year, I’d only be 48. That’s the trouble with us. We number everything. Take women, for example. I think they deserve to have more than twelve years between the ages of 28 and 40.”

A bit darkly, he stated, “One has but to observe a community of beavers at work in a stream to understand the loss in his sagacity, balance, co-operation, competence, and purpose which Man has suffered since he rose up on his hind legs. He began to chatter and he developed Reason, Thought, and Imagination, qualities which would get the smartest group of rabbits or orioles in the world into inextricable trouble overnight.”

A lover of all creatures canine, he asserted, “If I have any beliefs about immortality, it is that certain dogs I have known will go to heaven, and very, very few persons.”

Two of my shorter favorites are “Humor is emotional chaos remembered in tranquility” and “It is better to know some of the questions than all of the answers.”

And at the sake off showing my own banality, there seems something somewhat profound in his statement that, “One martini is all right. Two are too many, and three are not enough!”

Or how about the more substantive, “Let us not look back in anger, nor forward in fear, but around in awareness.” That’s simple, direct and absolutely astute.

In turn, does this not give one cause for contemplation – “There are two kinds of light – the glow that illuminates, and the glare that obscures.“

Then, again, there is his profound and oft repeated, classic comment that “Nowadays men lead lives of noisy desperation.”

Our mother tongue and its effective employment can be the source of simple delight or used as a well honed and effective instrument to educate both he did well.

Hence, for those already familiar with this superlative communicator, consider the preceding as but a refresher. For those, previously non-initiated, I encourage tattooing into your daily consciousness that, “Man has gone long enough, or even too long, without being man enough to face the simple truth that the trouble with man is man.” 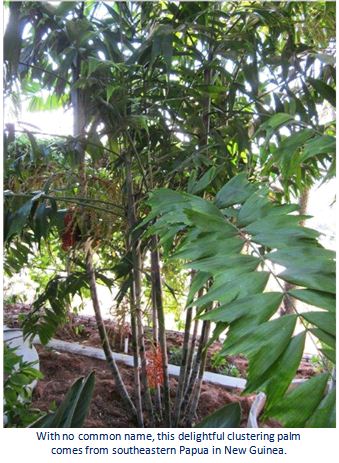