By Tommy Clarkson from the April 2011 Edition

(A drive to Laredo and back)

It was shortly after a Manzanillo midnight that we embarked upon our sojourn to Laredo. 2,963 kilometers, 2,006 pesos in road tolls, and three days plus seventeen hours later we would return.

And just what was the impetus for this journey? Well, interesting that. It actually started nearly a year ago.

As they had for fifteen years, Jimmy and Barbara Brown were, last year, bringing a motorcycle into Mexico. Upon endeavoring to do so they found that the laws had changed and, inasmuch as they already had other vehicles in-country, such was now impossible. Thus they put it into temporary storage just across the border in Texas.

Finally, twelve months and no little number of visits to assorted officials later, all the legal hurdles were overcome and said “bike” could then be brought to Manzanillo. However, during this time traveling conditions in the area had changed appreciably. Hence, Jimmy wisely felt it best to not undertake the drive alone or with merely Barbara as his sole companion. 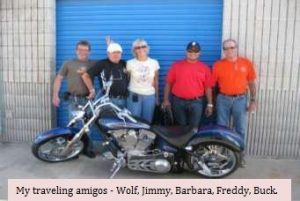 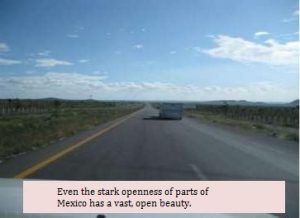 Prudently, the Woods also ask adopted son Freddy (Captain Suifredo Godinez, of the outstanding fishing boat “Double Trouble II” www.manzanillosportfishing.com.) to come as well. Wise man that Jimmy! We fast found that Freddy, with his gentle eyes and kind dimpled smile, was clearly the “go to guy” for any and all problems encountered!

(Much of the drive would be taken on roads designated by signs as “Ruta 2010” that are, in fact, six historical, geographical routes They have been so designated in celebration of the bicentenary of Mexico’s independence from Spain in 1810 and the 100th anniversary of the Mexican Revolution in 1910.)

For we three amigos, however, our adventure began somewhat inauspiciously. The combination of light rain and a light reared-ended truck made traversing the steep hill to my home impossible. Thus, the trip convened with me trudging down the slippery slope to join my somewhat abashed pals, waiting below. Once at sea level, the trek commenced amid a sloppy mix of fog, rain and large, slow tractor trailers. The welcome, bright sun was not to venture forth until we neared San Luis Potosi no few hours later. . . a beautiful city virtually void of graffiti and painted gang “tags”.

As superlative at driving as he is as Manzanillo’s foremost chef – with occasional, glimpses of his German Autobahn driving past emerging in the darting, zipping headlong speed north – Wolf manned the wheel the preponderance of the time with occasional breaks by Buck. I supervised. This is to say that Senors Hausladen and Johnston were smart enough to keep me ensconced behind them as the official back seat “nagivator?”

Early on we came to accord in an unspoken pact. Wolf and Buck could smoke with the vehicle’s windows open if they allowed the third party – that would be me – to subject them to seemingly endless bad jokes and terrible puns. By journey’s end they had come to rue this arrangement and only strict Mexican laws concerning crimes of violence and disagreement about how to dispose of my remains saved me from a sad, unsightly and most unsavory demise.

Though dark for several of the initial hours, points of interest were carefully noted along the way. One such site of consequence happened around 4:00 in the morning. Intent on absorbing as much local culture as possible, the two front-seated and ever alert, travelers observed several scantily clad, hard bodied young ladies, plying their particular trade at a small truck stop. However, so engrossed in fully appreciating this particular phenomenon were they that fully failed to rouse their slumbering companion in the back seat. Hence, sadly depriving me of the opportunity of viewing this portion of cultural intercourse . . . so to speak. 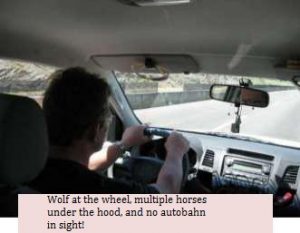 After sunrise, asking us to keep our eyes open for the appropriate vendors, Wolf announced his keen interest in the acquisition of a rattlesnake for which he had culinary designs. His somewhat abashed and visually unnerved seatmate immediately vetoed this idea encouraging instead, a stop for coffee. This was a quest found to be much more difficult than imagined with either cold, or no, caffeine being the norm after several attempts – but it did divert the driver from his serpent quest.

Finally, upon arrival at the border our intrepid band was stopped by a rather young, uniformed representative of the US Immigration Service. If such individual exemplifies this organization then it is truly in deep trouble and may explain why so many foreigners visiting the US have such bad opinions of the country and its people. At best he was an abusive, arrogant and simply snotty twit with a vastly over inflated sense of self importance. Only a modicum of barely controlled restraint thwarts a more lengthy and specific discourse of his lack of professionalism. (When seen in person, feel free to ask me how I really feel!) But soon enough we were rid of him and by 4:30 PM we had achieved our first objective of being on the terra firma of the United States of America.

(At this juncture it would be appropriate to state that the Browns are quite possibly the nicest, most gracious and considerate couple with whom this writer has ever had occasion to meet. At the sake of embarrassing them – as they might, at some point, read this accounting – I will not embellish on the statement but do know it to be a fact! It was I that derived the enjoyment and pleasure of this event and seriously doubt I provided even a modicum of actual help to them. But I, like my truck mates Wolf and Buck, enjoyed this shared activity immensely.)

Following a busy day of securing provisions not available further south, the convoy of two vehicles headed home, back across the border. With a massive sigh of relief, the – all too often in the past – dreaded Mexican customs officials were found to now be polite, organized and clearly professional. At no time did any invoke any hint of interest in obtaining mordida.

Clearly, the Mexican government, which, not long ago, fired hundreds who had come to assume such was an integral and justified part of their job description, has clarified its expectations and now employs only those who will act accordingly.

But, barely through this process and back on the highway the lead truck, piloted by Freddy, was pulled over by: (A) a representative of some manner of police force, (B) an individual who, in an off-duty capacity, was “moonlighting” for himself or, (C) an enterprising soul – albeit a complete sham and con artist – posing as a cop. Most of those involved believed it to be “C” or, possibly, “B”.

Nonetheless he dismounted his unmarked motorcycle and officiously strode to the truck announcing that they had been “aggressively speeding”. (We, directly behind them knew this to not be the case.) With a complete lack of any organizational designation on his rather “vanilla” uniform one had no idea of his professional validity. However, with a customs agent awaiting our arrival but a few kilometers ahead, he was paid the 1,600 pesos he demanded. Cringing with a collective bad taste in our mouths we then continued on.

Interestingly it was noted that both on our trip north and during the return, at no time did we observe any State or Federal Police cars patrolling the roads. Massed together with several parked cars near check points, yes! But out on their own – nada!

Uneventful thereafter, we arrived in at our hotel in Zacatecas in the early evening. For those entertaining a try at Jeopardy, this lovely town is named after a local native indian tribe and means “green pass.”

For those not positioned behind the wheel, the next day was filled with more enjoyment of the varied and often wholly magnificent scenery of Mexico. Our vehicle was filled with a plethora of conversational topics ranging from politics, religion (brave weren’t we?), hobbies, travels, international living experiences, and cooking (clearly the best of this from Wolf) to a highly informative and interesting explanation by Buck – a professional mechanical engineer in the ironworks industry – of how steel is made.

I, the supposed wordsmith, strove to keep copious, detailed notes during the course of our passage, filling pages from which I planned to glean anecdotal data for this article. Upon trying to read it this morning, however, I found virtually all of it a hopeless scrawl and totally illegible – a result of my recent somewhat jarred and jolted rear seat existence!

But, all told, it was a thoroughly enjoyable adventure with dear friendships now even more cemented and begging but one lingering question – in paraphrase of the old radio and TV series “The Lone Ranger” – just who was that badged man? 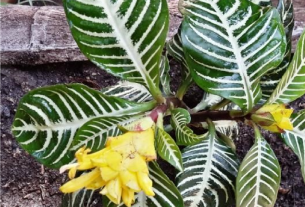