How different a Day Can Be?

With my mind very freshly attuned to weddings and my new daughter’s suggestion that I write on the topic, I have been contemplating the extreme differences between weddings north, south and east of the Mexican border.

Initially I was introduced to the difference between weddings in the UK and Canada which has some very different customs. When I got married in England eons ago, it was the rule that the bride not see the groom before the actual ceremony on the big day. In fact I was not even allowed by my very strict parents to go out to meet, for the first time my (soon-to-be) husband’s friends on the eve of our wedding. (On looking back at that moment, it was probably their last stab at parental control and not a custom.) Apart from that, the only real differences within the U.K. were dictated by the various religions but always included a talk to the couple by the officiating minister about the seriousness of the step they were taking.

The bride usually wore white plus something old, something new and something blue and attended by bridesmaids and pageboys. She was escorted by her father or senior member of her family down the aisle where she was given to the groom. There was also a best man and ushers. Unless it was a big society wedding, that was pretty much it.

The bride’s parents paid for the reception and her dress, sometimes the bridesmaid’s dresses, whilst the groom paid for the wedding license and church fees as well as the flowers for wedding party and parents. The groom’s parents were not responsible for anything. At the reception, the head table included both sets of parents along with the wedding party. There is not usually a receiving line. The bride and groom with both sets of parents went around during the party to meet everyone. The bride always threw her bouquet to the single women at the wedding (the catcher the next to be wed) and the couple left before the end of the party. That always seemed such a shame to me.

In Canada, much of the above applies but with several additions. There are bridal showers prior to the wedding which were not in vogue in the UK years ago. The name usher’ changes to ‘groomsmen.’ There is a wedding rehearsal on the evening prior to the big day when the groom’s parents pay for a dinner for the entire wedding party. Other costs are very similar depending on the agreements between the families. In this day and age, often the groom’s parents will absorb the costs of the liquor for the event. At the reception, there is a receiving line which includes the wedding party and the bride’s parents who welcome the guests to the festivity. Seating arrangements for the feast is different in that the wedding party sits at the head table and there are separate and divided tables for each of the families and their special guests. The rest of the guests are seated according to a plan set by the bride and groom. 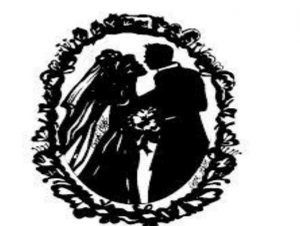 In both countries the bride and groom have a solo dance to show they are now a couple and then guests join them when invited. In both countries, when leaving, the bridal couple find that their car has been sabotaged by mischievous friends. The one custom I do not like in Canada is the mashing of wedding cake into the other’s face by the newlyweds. When so much money has been spent to look as beautiful as possible and with the exorbitant price of the dresses, it seems terrible to take the risk of damage to both face and clothes. In addition to throwing the bouquet before they leave the reception, the groom removes the bride’s garter, usually blue, and tosses it to the single men. The same fate is coming to the single male catcher. He is the next to marry.

As I have not yet been to a full wedding in the United States, I cannot comment on the procedures first hand but customs appear to be very similar to those of Canada.

In Mexico there are decided differences. The first and most noticeable difference is that Mexicans are very determined to divide Church and State. A wedding is not legal unless it is conducted by a legal and government approved official in a civil marriage by a notary. If a couple wish to be married by notary alone that is acceptable, but should they wish to marry in a church then there must be two weddings. Mostly, unless the two can be arranged for the same day, the bride has two outfits to do this, one for the Church wedding and one for the official wedding. In the aforementioned countries, it is usually the wedding party and the parents of the couple who act as witnesses. In Mexico, the number of people signing as witness on the official marriage documents can be anyone who wishes to add their name. Everyone attending the civil wedding will stand and watch the signings, whereas in the UK, Canada or US this is done in the vestry – privately. Only once the signing is complete in the UK will the priest then introduce the bride and groom as “Mr. and Mrs . . . “ to the congregation.

At the reception in Mexico, there is no receiving line but guests are greeted by the bride and groom. Apart from the set tables for each family there is a separate table for the bride and groom. Guests are usually seated by arrangement. The bride and groom do have their solo dance and then they separate and gradually dance with every member of the opposite sex, drawing everyone onto the dance floor. It is during this dance that the attendees pin money onto the bride’s dress. This money is often used as a contribution towards the wedding costs which are usually paid for by the bride’s parents. Wedding gifts are given ahead of time and not displayed. Although this is gradually creeping in, showers are not always given for brides to be. Also it is not always that thank you notes are written for the gifts either, a verbal thank you and acceptance is considered sufficient.

At a Mexican wedding, they know the meaning of partying and the bride and groom stay to the bitter end. Nobody leaves the party early. It usually goes on to the small hours. They do not usually go on for days like other countries festivities. There are usually “get together” events the next day for family who have maybe come long distances to the wedding.

One thing we noticed was that although black at a wedding in the UK was considered not really “the thing,” in Mexico, as the colour of elegance, black is worn by most of the women. I, wearing pale yellow stood out like a sore thumb.

For foreigners wishing to marry another foreigner in Mexico, it is relatively easy. Passports valid for six months minimum, applicable travel visa’s, and marriage application forms which can be obtained at a local Mexican registry office are required. You will need four witnesses, all with validated passports and documents if they are foreigners or proof of identity if Mexican nationals. It is a very good idea to have a wedding planner to arrange for all these details as sometimes it can be time consuming and should the couple is not able to spend the time ahead to do this, it can become a problem. If you can’t find a Wedding Planner perhaps a Notary can direct you to such a person should you not be able to find such a person. In Manzanillo there is a guide list prepared which can be found through Mujeres Amigas or Manzamigos AC. Both are associations which assist foreigners coming into town.

Should you wish to marry a Mexican it is far more complicated. In this case there are many forms which must be applied for and a Notario Publico is very specific in these matters. A passport and visa is required along with blood tests, chest X-rays, blood tests. ALL documents must be translated into Spanish and if there has been a previous divorce all papers must be produced from the country where the divorce was granted. This MUST be both Notarized and Apostilled. Be aware that everything will be held up until this is satisfactory to the ‘Notario Publico,’ so have everything prepared and checked ahead of time. The Notary in your country should have all details of how and what is required and how this is obtained. The medical tests must all be done in Mexico in a period of time close to the ceremony.

Because there are differences in each Mexican State you will need to enquire as to what is required in the State where you are marrying. For example in some states a woman may not remarry within 300 days of a divorce.

One thing is standard in all countries, no person may marry under the age of 18 without written parental or guardian consent.

It’s All So Good!