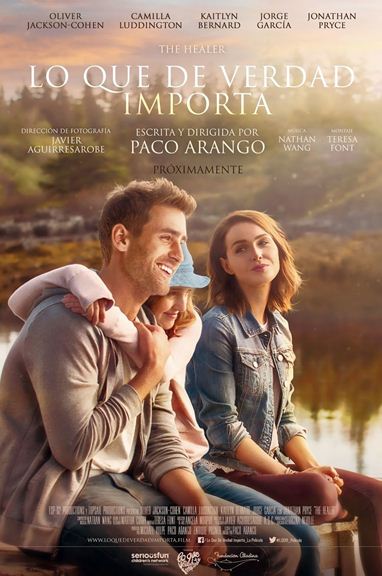 By Suzanne A. Marshall from the July 2017 Edition

Storyline: Alec Bailey is a gambling, womanizing bankrupt elec- trical repairman who is still traumatized by the death of Charlie, Alec’s twin brother. Living in Britain with large debts and almost in the poorhouse, Alec is visited by a long-time estranged uncle Richard Heacock, a brother of his mother who lives in Halifax, Nova Scotia, Canada. His uncle offers to solve Alec’s money debts with one condition: that Alec moves to Halifax for a year. When he arrives in Halifax he discovers that the local villagers believe he is ‘the chosen one’.

The movie is billed as a comedy. That, thankfully, allows some leverage for how silly and sappy it is at times. In spite of this, it can be considered light entertainment if you just go along with it and bury any expectations of a plot line that has some reality or believability in it.

What I truly enjoyed were the set locations in Canada’s beautiful east coast province of Nova Scotia. There are settings in Halifax as well as Lunenburg (of the famous Tall Ships) where the beauties of this gorgeous province unfold. That made the movie worth seeing for me.