By Manzanillo Sun Writer from the January 2015 Edition 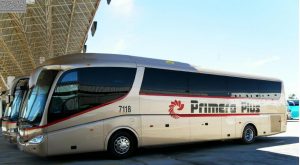 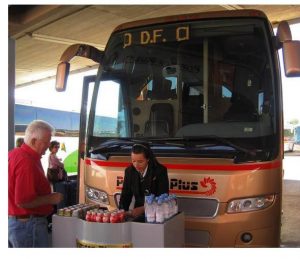 As I mentioned in Part 1, the last couple of years I’ve spent a lot of time traveling. Flying but also on the buses in Mexico. Most of my bus travel is to Puerto Vallarta or Guadalajara to get the best airline ticket price. Last time we talked about my most recent flight, this time let’s focus on travel by bus. Let me just say up front, Mexico has a really great bus line system and they do a really good job at keeping you comfortable.

The primary bus lines I’ve used have been Primera Plus (favorite), ETN (very nice), TAP (good to very nice), Tufsesa (basic), Coordinados Servicio (nice), Costa Mar (nice) and Cihuatlan Plus (older buses, 2nd class). The route from Manzanillo to Puerto Vallarta is two-lane, passes through many villages and towns and has winding switch-back roads through the mountain. Guadalajara is the same distance as Puerto Vallarta from Manzanillo but the roads are improved, four lanes (two in each direction), and no real stops between Manzanillo and Colima and then Colima to Guadalajara. Best time on a bus to Vallarta is six hours. Normal time to Guadalajara is 4.5 hours.

Bus service has a first class bus (primero) and a second class bus (secundo). The main differences is in the number of stops (fewer on first class), restrooms (first class has them, second class doesn’t), TV setups, features and cost. First class will cost more. I have usually
selected first class where it is possible. Second class buses are often a little more run down than the first class buses. The primary routes from Manzanillo are to Puerto Vallarta, Guadalajara and Colima. The buses run to far more places than I’ve listed but the frequency of travel seems to be pretty high to three cities. Primera Plus provides you with a little snack bag as you board. What you get depends on the time of departure and the distance of the trip. 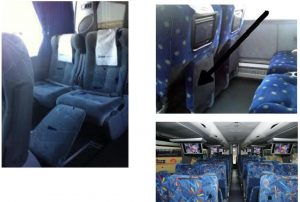 Before I go any farther, let me mention my INAPAM Card (Tarjeta Inapam). One can be obtained from the SEDESOL department in Colima. This is a Senior Citizens Card and can get you a 50% discount on bus tickets. For me, this has added up to a tidy savings. Requirements: You must be 60 or older, bring an original and copy of your birth certificate, original and copy of official identification (Your Mexican Visa, not a temporary, but a resident card), proof of your address in Mexico and two recent passport sized photos taken from the front. When getting a ticket I use this card as my identification and where 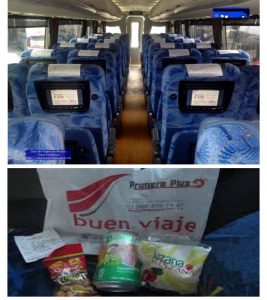 they can read my name from the card. The only bus line to reject it was Tufesa. They have a senior’s discount but need something other than an Inapam Card to prove it. Go figure.

I find riding the bus to be pretty relaxing and a really easy way to get someplace without having to drive. For the trips to Colima or Guadalajara it is perfect. There are frequent buses, the seats recline and many have a little “ironing board” that folds down from the seat in front of you to give you a place to rest your legs. Similar to a recliner. It is air conditioned, you have a bathroom if you need it and pretty comfortable seats. The newer Primer Plus buses have TV’s installed on the seat back in front of you. You can pick a movie to watch from a pretty big selection of genre’s. Games, photos and music. Some have wifi services and sometimes they work really

well. Often the local router (modem) needs to be reset and so you can connect to the modem but don’t get the internet connection. It all helps pass the time. The movies, though usually in Spanish, are generally pretty easy to follow. Especially if you pick an ACTION movie. Drama probably less so.

So have I had an “adventure” on a bus? Of course I have. I had to go up to retrieve my sails from a repair man in San Carlos. That was the only thing I had to do. The marina only allows 15 minutes in the storage area and a security guard is with you. So 50 hours of bus rides for about 15 minutes putting those heavy sail bags into the boat. I got tickets for the trip up the day before. I took enough cash to cover the bus fare and have a quick lunch in San Carlos at Barracuda Bob’s. But I walked off and forgot my wallet! I realized it about half way to Guadalajara. Now what? No Mexican visa, no credit card, no debit card, no INAPAM old person’s card. Well, at least I could get to Guayamas and then I could figure out something. WRONG! TAP in Guadalajara wanted to actually see my INAPAM card. I couldn’t produce it. So that ticket doubled in price and I had to pay the other 50%. Now I have a problem. I don’t have enough money and no cards to get more. So when I finally got to Guaymas the first stop was the bank, I did have my passport, explained my problem and I was lucky enough to get a new debit card. Tense moments.

At the Movies – Wild