By Vivian Molick from the December 2011 Edition

The city of San Francisco holds a copyright on the name

“San Francisco”. It is illegal to manufacture any item with the name without first getting permission from the city. Since the Supreme Court upheld the copyright, San Francisco had had an annual surplus every year in the amount of $300 million dollars.

The targets in both skeet and trap shooting, commonly called ‘clay pigeons’, are actually made from tar and pitch.

It takes a week to make a jelly bean.

… and there you have it… for a while, anyhow! 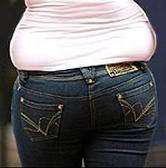