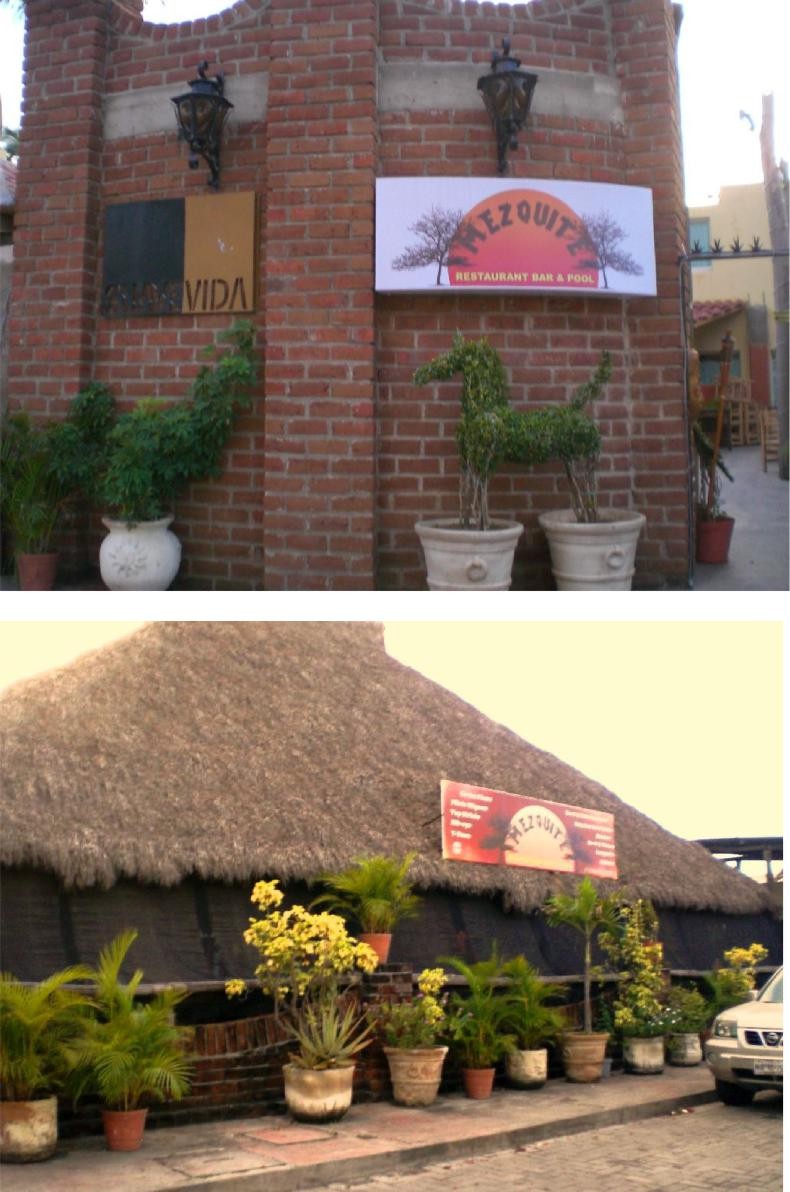 By Terry Sovil from the November 2012 Edition

The new Mezquite Restaurant Bar & Pool is in the old Coco Loco location with a lot of fantastic new updates and what I hope is a bright future. I had a chance to meet Joaquin, the owner, and his faithful companion, Gaupo (Spanish for handsome) the dog.

The Mezquite has been open about two months as of 17-October-2012. Open daily from 1pm until 2am, Tuesday through Sunday, and closed on Mondays.

The music while I was there was thoroughly enjoyable. They have a great sound system that will be 6000 watts when fully installed. Joaquin plans a section near the kitchen that will be quieter for conversations and dinner. A little louder nearer the dance floor, with the loudest on the dance floor and around the bar.

The restaurant has contracted with a Salsa band on the weekends for great live music. It is the only live salsa music in town.

I studied the menu carefully as everything looked wonderful. My first choice was to opt for the salad at 29 pesos. It was an excellent salad with homemade blue cheese dressing. They make their own salad dressings. Next I was really torn between the ribs (pork) and the Filet Mignon. I decided on the smaller, 6 ounce, Filet at $169 pesos. The steak was delicious and was served along with a vegetable medley (broccoli, cauliflower and carrots) and either a baked or a whipped potato. I chose the whipped (mashed) potato and it was excellent. The steak was tender, juicy and delicious. I would normally have stopped but Joaquin had specifically mentioned the chocolate-chocolate brownie served with vanilla ice cream. 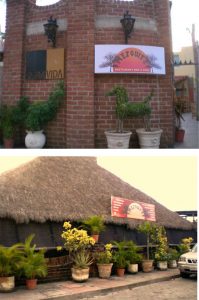 I could hear it calling my name. The brownie was fantastic, light, and delicious at $69.00 pesos. They also have a variety of cocktails and beers.

Joaquin also mentioned the ribs as he took my order. I told him that it was a tough choice. The pork comes in from St. Louis and he makes his own BBQ sauce. The ribs are a definite “next time” choice. He personally tastes the beef for the filet mignon to assure a consistency in the tenderness and taste. The place has had major updates made including a mesquite wood chandelier. Well worth a visit! 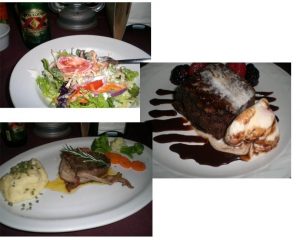 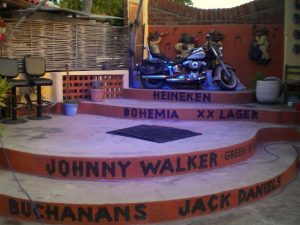