By  Freda Rumford from the July 2011 Edition

To say that this is the age of electronics is putting it mildly. I remember not too many years ago, working in the Electronics Department of The Hudson Bay Company (now called The Bay) in Calgary, Alberta and selling many VCR’s. I soon established an elderly clientele, as word quickly got around that there was a person in the electronics department who could explain the intricacies of a VCR and the differences between 2 head and a 4 head, stereo versus mono, without using all of the long and baffling gobbledygook. Little did my dear customers know, the reason for this was that I didn’t always know the words! I actually learned all that I knew, about electronics and the workings, from young boys who would come into the department and stroll around looking at everything and more than pleased to instruct me with their wealth of knowledge.

Hey! I’m not too proud to listen to the experts.

Journey now into a new life, a new age, where computers and gadgets are leaving the old behind.

This time, on my trip up “north” I have gone absolutely berserk in Best Buy and Future shop, looking everything over in Walmart and London Drugs and listening to countless young men (probably they were either the young lads or the cousins of those who taught me about VCRs). I have spent far too much money but am now well prepared for all eventualities. I have a TomTom GPS, a Nook, a Blackberry, an EHD (external hard drive), a car which has Bluetooth and Sirius, as well as countless other gadgets which I haven’t as yet found the courage to explore. All in good time!

The reason for my dashing into the computer world came from several awestruck moments, when, riding in my daughter’s car, a voice told her which road to turn on at 200 meters, where to avoid road works and that we had now arrived at our destination. This was the amazing GPS. I dithered a bit as I have always enjoyed getting lost and finding new routes in the process and I thought this might take some of the excitement out of my road trips. On the other hand though, how nice to have a gadget with all the maps of Canada, the US and Mexico that helped tremendously with wherever I was trying to find.

The NOOK, I researched quite extensively. This is an electronic reader which downloads books that I wish to read in mere minutes, thus saving me from going to the bookstore and being tempted by hundreds of others (that will never go away I fear). But the principal reason why I rejected the KOBO, the KINDLE, the Sony E-reader and others, is that the new NOOK is in colour. Not only are books available by the thousand, but magazines and newspapers can also be downloaded and come into the NOOK automatically when current issues are due.

The latter was a huge decision maker for me. Both my husband and I were, “magazine-aholics”. When I came to take over the bill paying in January, I was absolutely horrified at the cost of having magazines shipped to Manzanillo. Buying them online is cheap, as we could get most for no more than $1 to $1.50 a copy and with free shipping to Laredo, but from there – it is madness. It came to crunch time, when I ordered a special edition of People Magazine for $5.50. When I picked it up from MBE, my cost was $40 for shipping from Laredo! This is ludicrous, obviously I have to change my ways. I must cancel most of the magazines I have enjoyed for so long.

Upon seeing the coloured NOOK, it seemed that my prayers were answered. I can now have the same magazines pop up automatically in my little gadget, they are in glorious Technicolor and all I have to do is learn how to use it!! This may be more difficult that it appears when I am on my own and without the incredibly helpful salesman in Barnes & Noble at my side. Fortunately both my daughter and granddaughter have been able to help and soon I will be proficient. Well almost.

My Blackberry, new to me, was retired from my computer-buff daughter’s life. Her new one speaks to her in the car and she can have conversations with whomever or dial whomever from the car without ever touching the gadget. It is operated verbally. A command such as “Call home” is answered by a lady saying “Did you say call home?’ Upon hearing the word “Yes” the dialing commences and conversations begin without eyes being taken off the road. Amazing!

I will become more proficient.

The new car has multi-gadgets on the dash board and I have no idea what most of them do, but I can use my computer, use memory sticks and charge everything up as I am driving, when I discover where the controls are. At the moment, I am having difficulty with using the air conditioning dial, but the radio is incredible. I have all local stations and “Sirius” which is a satellite radio and which I have on one station only and am really enjoying all the old Barry Manilow songs once again. (Oh No! I can hear Ian now…7 days of Manilow…how much is the bus to Manzanillo from

The external hard drive is just a replacement for one which I had for a very long time. I had all my photos saved on it but dropped the darn thing, thereby making it completely inoperable. My old one was 40Gb and thought to be sufficient to hold and backup my files for years, the new one, about half the physical size has 320Gb and I can save so much more, I will be able to back up files forever, at least until I drop that one!.

When they say paper is going to be a thing of the past, I am now a believer. Who could have conceived that these gadgets were things we absolutely could not live another moment without? Or even more to the point that I would ever know or want to know how to use them? Hopefully, I will know everything by the time I arrive back home in Manzanillo. 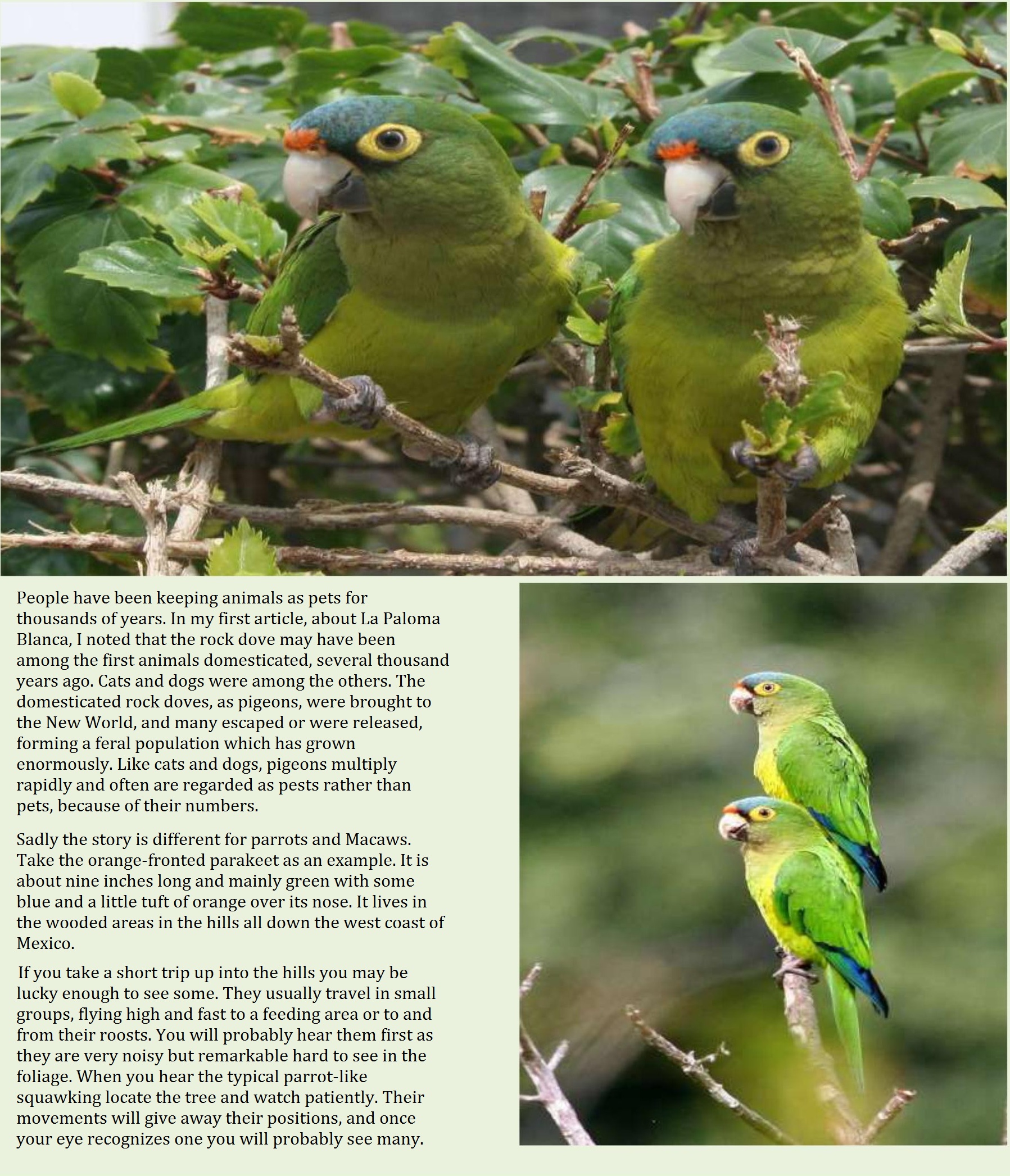 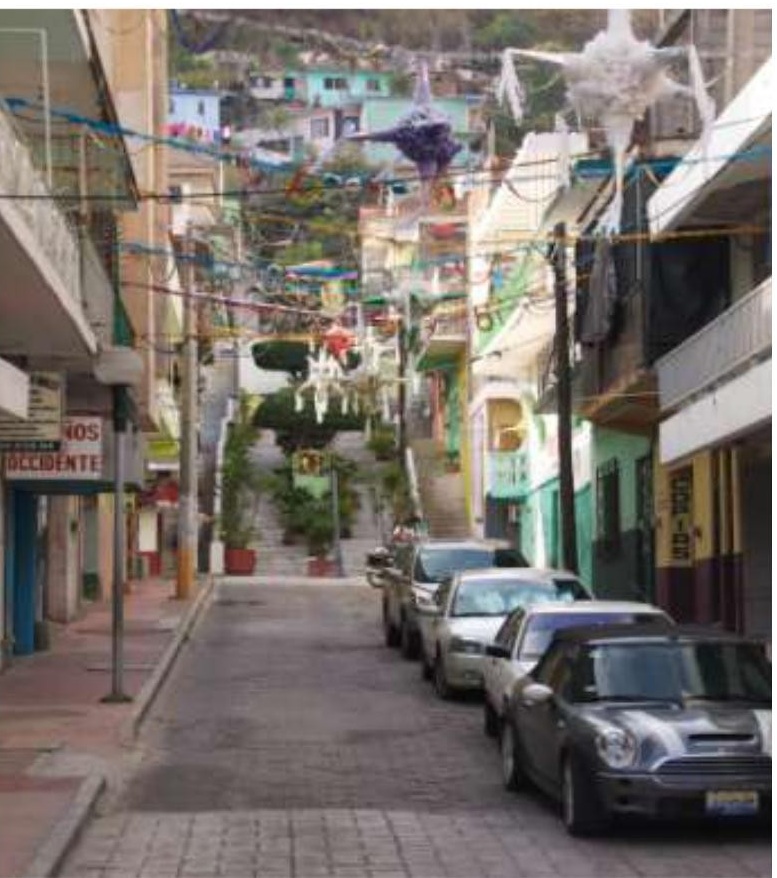