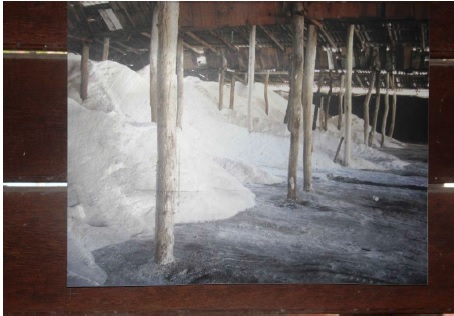 By Terry Sovil on the July 2019 Edition

Sea Salt. Is Sea salt different from table salt? Yes, according to Katherine Zeratsky, R.D., L.D from the Mayo Clinic. It differs in taste, texture, processing. Sea salt is from the evaporation of sea water, has little processing and leaves minerals. Table salt is mined from deposits underground, more heavily processed to eliminate minerals and usually has iodine added (healthy thyroids). Consumption should be less than 2,300 milligrams per day.

Salt is a common product but easy for us to forget its uses and place in history. Salt has more than 14,000 applications. Most of them are in the chemical industry, demand for de-icing highways and, finally, kitchen use. In the future, there will be even more uses.

Salt Museum in Cuyutlán
I made a trip to visit the Museo de la Sal (Salt Museum). Totally enjoyable and worth the trip! A voluntary donation is request-ed. Call 313-326-4014 from within Mexico, open daily from 9:00 to 19:00 hours. The museum was a salt cellar of the 19th century so this continues the history of Cuyutlán. There are miniature dioramas that show the entire process. 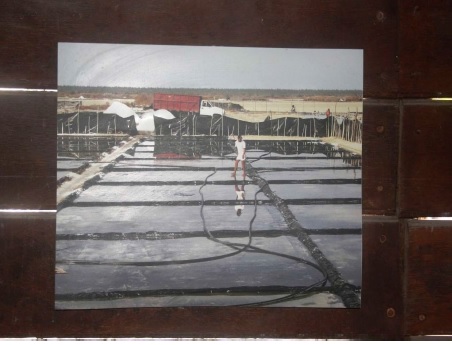 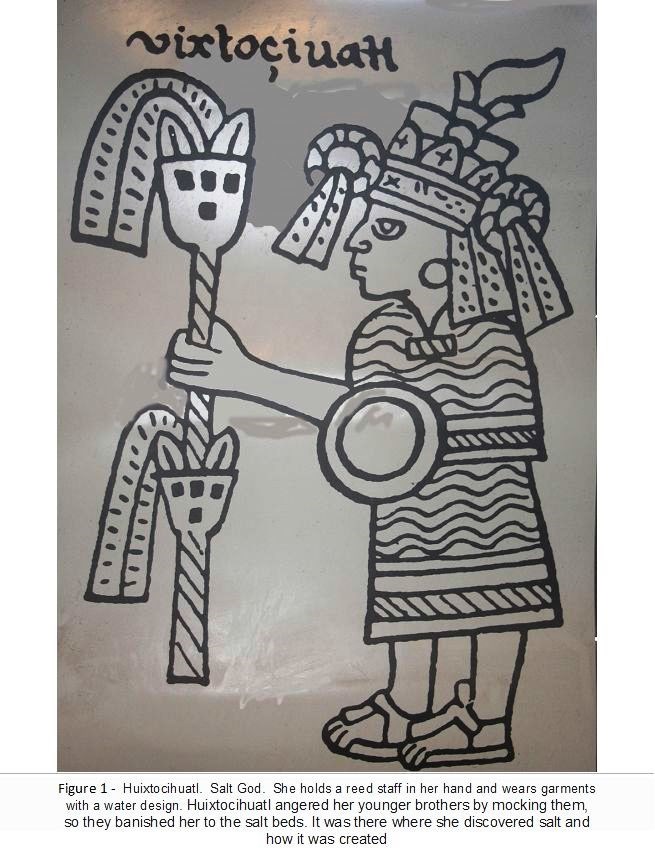 Processes for Sea Salt
Inland production involved the digging of holes and “pans” into which sea water is brought and dumped in. Much like an individual wading out into the sea to waist-deep water, filling a 5-gallon (19 liter) bucket and then boiling it at home to evaporate and leave behind the salt. They also use wells and canals dug to route saltwater.

The sea salt that Colima is known for is from a lagoon area. The lagoon in Cuyutlán is aptly named, Lagoon Cuyutlán. Salt-works operations are in the margins of the Lagoon Cuyutlán, a lake whose waters are the product of ancient water runoff from the surrounding mountains. Previously, salt was extracted by leaching the salt land. Now seawater is pumped from artesian wells, called tajos, which produce salt by evaporation. This al-lows a more even pure salt than traditional methods. The evaporation process of brackish water forms a thin surface layer called the salt mirror. Salt is obtained by delicately gathering, by hand, this thin layer of salt that solidifies on the surface of the salt-water basins. 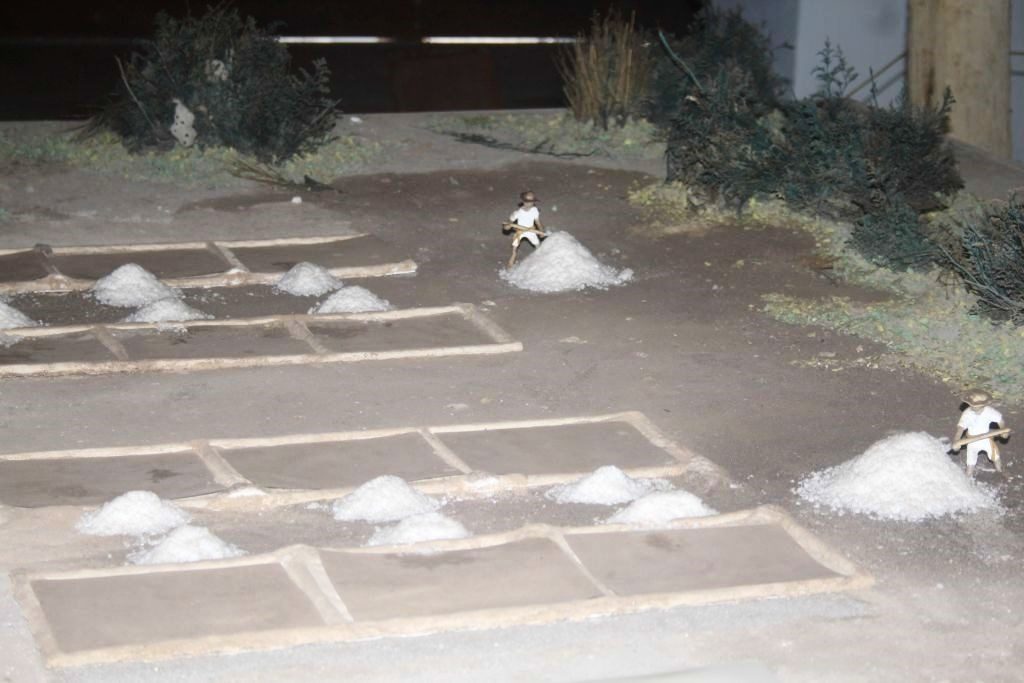 History
The mighty Aztec Empire had control over the various salt routes which were strategic when the Spanish arrived. It sup-ported the “New Spain”. Currently, Cuyutlán remains the place of origin which keeps the essence of craft production, with improved processes to ensure better hygiene and purity.

Colima has been inhabited since long before the Spanish colonization. The production of salt practiced along the Pacific coast here dates to the preColombian era. On April 12, 1600 Viceroy Gaspar de Zúñiga y Acevedo granted the Villa de Colima the rights over the fisheries of the Cuyutlán lagoon. This caused untold conflict between the owners of haciendas and salinas of Cuyutlán for three centuries. The resolution to this, the largest litigation in the history of Colima, ended in 1919. 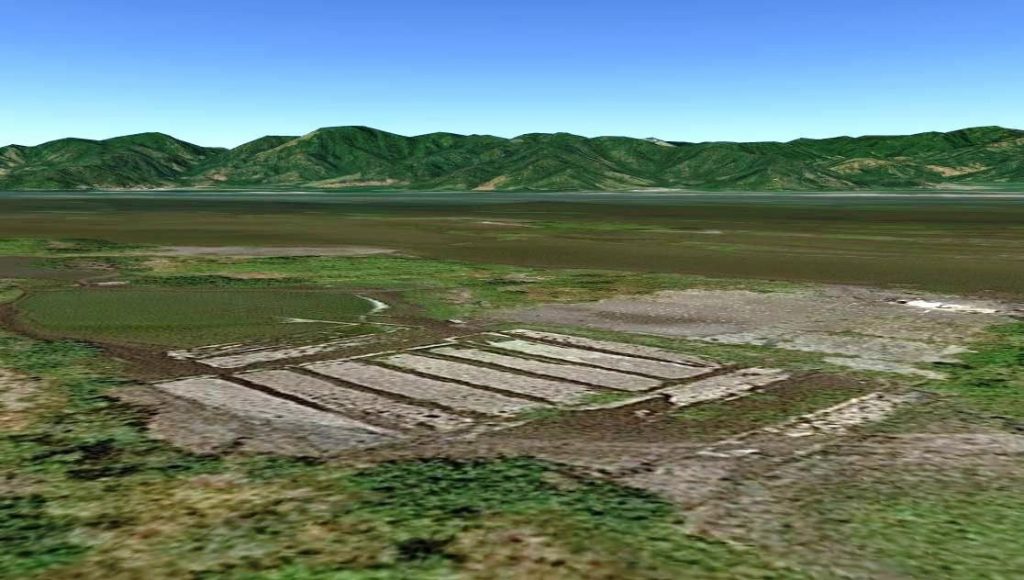 President Venustiano Carranza declared the salt flats and the Cuyutlán Lagoon as property of the nation.
The cooperatives of salineros (person who manufactures, extracts or transports salt or trades with it) were granted exploitation permits. In 1925, the Sociedad Cooperativa de Salineros de Colima S.C.L. was founded, which, in 1928, obtained the first definitive concession. 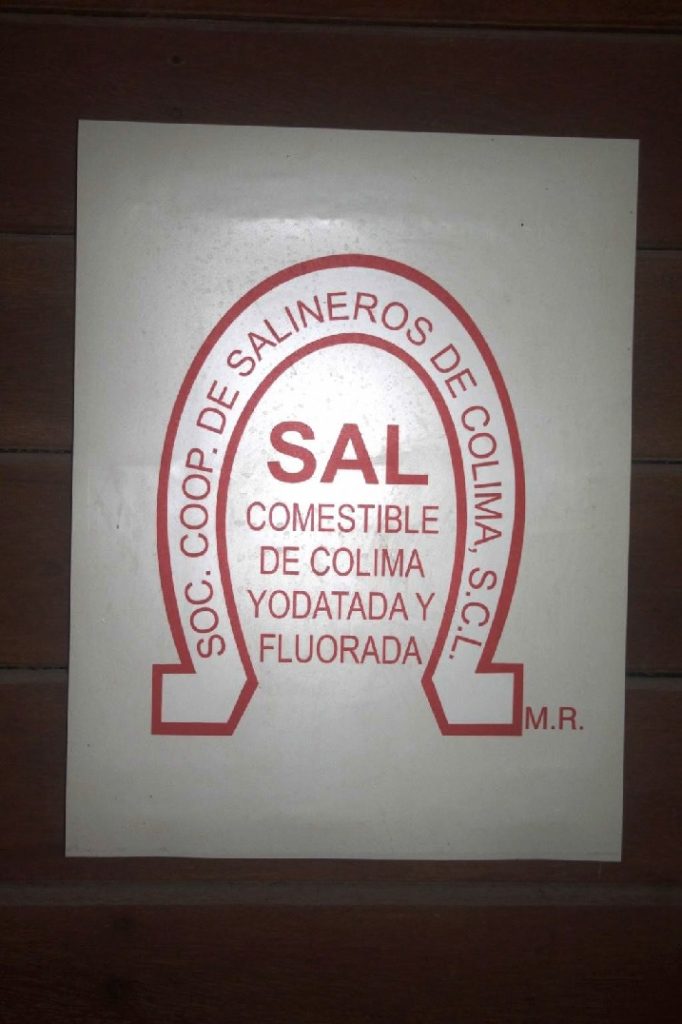 During the spring in late 19th century, the local population would swell, with many coming to make salt, harvest, and bring mule teams and merchants. Folks came from local states, Jalisco and Michoacán, but also from far-away areas such as Mexico City, Querétaro and Guanajuato. In preSpanish times, the salt was made by boiling brine, using sea water or water from saline wells. It was boiled to produce crystallized salt by evaporation. The collection and boiling were effective but made it hard to produce great volumes of salt. As demand grew, new ways had to be found.

Close to the end of the 16th century, the tapeixtle appeared in Colima. The Tapextle / tapeixtle is a construction of two levels. In the upper level is the filter or bowl and, in the lower, the cup or brine pile. This innovation allowed leaching earth to gather huge amounts of high-quality brine. It was no longer boiled. It evaporated under the rays of the hot sun. This technique is still used today in Colima. Perhaps it was not developed here and could have been introduced from the Philippines since it’s use is limited to the Pacific coast. 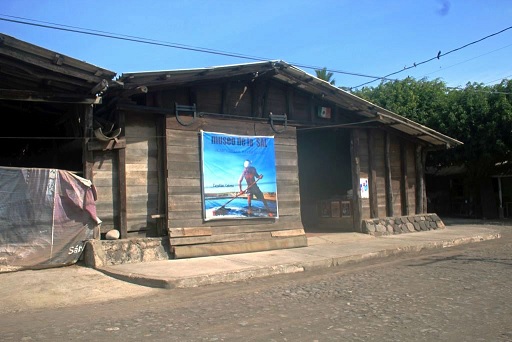 As the well and its parts were built on the bottom of the la-goon during the dry season, when the water rose, these were partially or totally destroyed, so it was necessary to rebuild it annually. The construction is made with round wood, palapas and a mortar prepared with sand, lime and brackish water.

What kind of tools were / are used?
• Tapextle / tapeixtle: A construction of two levels, in the up-per the filter or bowl and in the lower the cup or brine pile
• Panino: Surface crust of earth saturated with salts that re-main exposed when the waters of the lagoon are removed
• (Comederos) Feeders: Adjacent land where the panino is collected
• (Gato) Jack: Triangular wooden harrow with large protruding nails, used to break the panino
• Cajete: Top of the tapextle in which the panino, or saturated earth, is deposited to remove the brine through the process of leaching or filtering
• (Tajo) Tag: Small well from where the brackish water used in the filtrate is obtained
• Cayaco: Wild palm and its fruit
• (Salmuera) Brine: Water with high salt content in solution.
• (Taza) Cup: Stack located in the lower level of the tapextle, which receives and stores the brine.
• (Era) Solar evaporation pans: A small pond, with depth of 12 to 15 centimeters (4.72” – 6”), where the brine is poured and the salt crystallizes.
• (Pizcar) Pick: Pick up, collect
• Asoleadero: Space close to the workplaces where the salt is piled to eliminate humidity 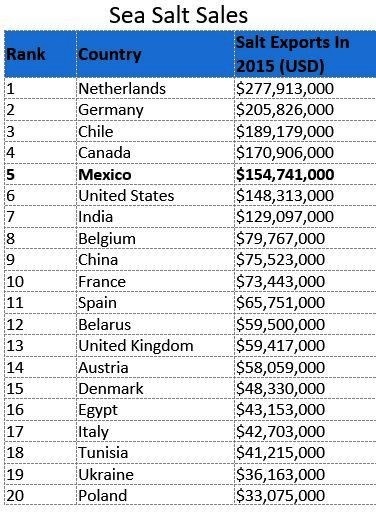 Sea Salt Sales
Mexico seems to be consistently about #5 on every site I checked. This ranking is from 2015. Mexico has the largest sea salt plant in the world. It sits on the Baja California Peninsula where ownership is shared by the Mexican government and Mitsubishi, the Japanese company. Most Mexican exports go to Japan, the US, Canada, Taiwan, Central America and Korea. 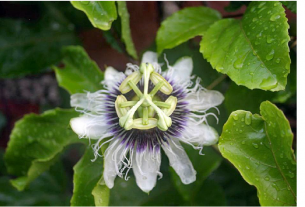