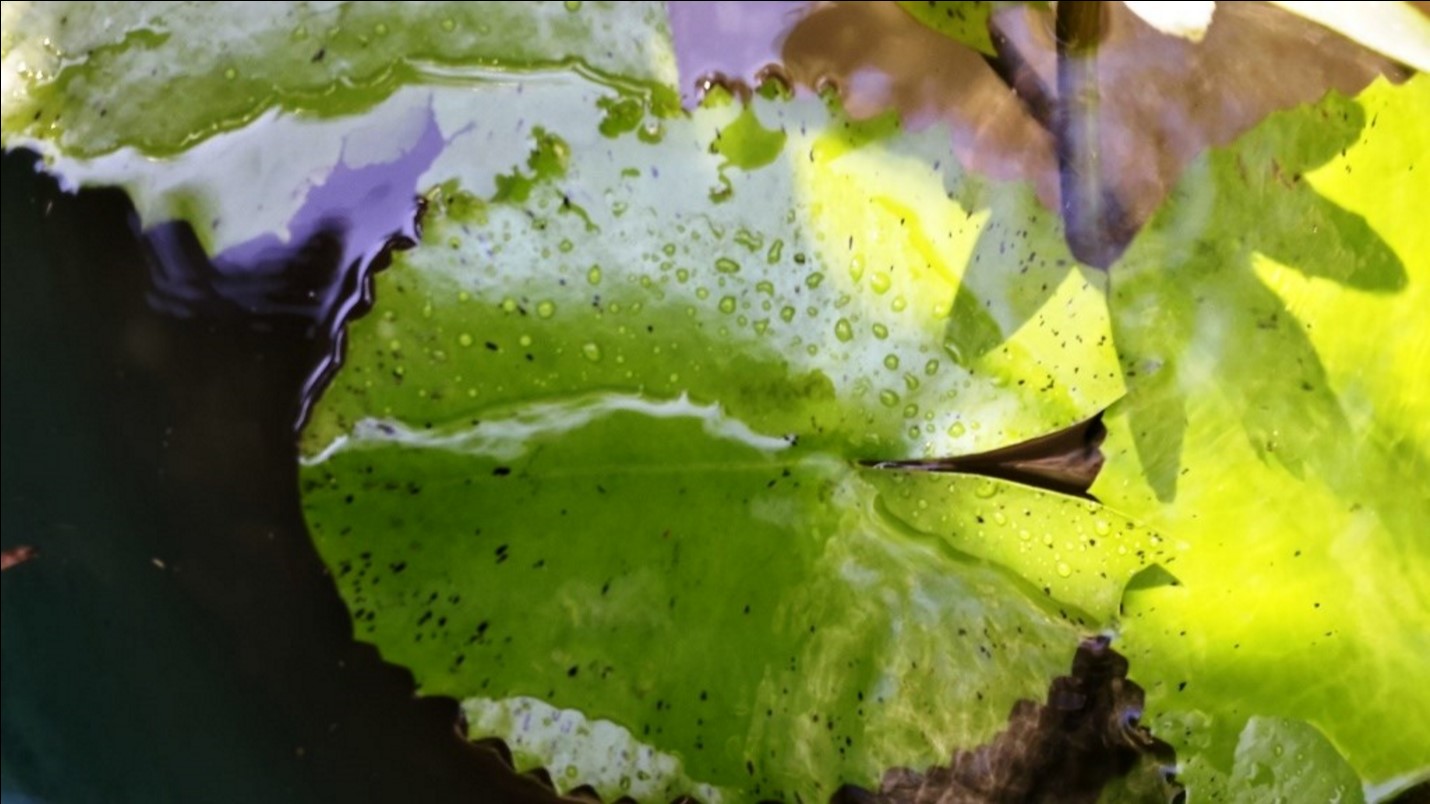 By Tommy Clarkson from the March 2019 Edition

Family Nymphaeaceae
Also known as Fragrant White Waterlily, Fragrant Waterlily, White Water lily, Sweet scented White Water lily, Sweet scented Water lily or Beaver Root (Lacking a PhD in tropical botany is sometimes frustrating. This, exacerbated by not being but self taught, has even more drawbacks! Yet, strive to persevere, I endeavor! However, when even my highly degreed, greatly more experienced and much more knowledgeable professional pals in this area of expertise are unsure, I sometimes find myself a bit sleepless at night! Such as this, this plant is an exemplary case of such mental turmoil!)

Before more fully discussing this intriguing character, allow me to mention a highly similar species (and, probably what this character is supposed to be!) the Mexican Water Lily. It (Nymphaea Mexicana) is a species of aquatic plant that is native to the Southern United States and Mexico, as far south as Michoacán. Hence, at first, I was of the thought that this was, indeed, the species I’d found. Its other common names include Yellow.

Waterlily and Banana Waterlily. However, after scrutiny and more careful study, I came to the opinion that my first assumption was, quite possibly incorrect.(But, please allow me to digress. Several years back, a Mexican friend and I went fishing for tilapia in a local marsh near one of the scores of small Mexican villages called Emiliano Zapata, named after the famous Mexican Revolution hero. As we putted along, from our small boat I noted [and coveted] several varieties of aquatic plants. One I took home; and it did well for several months in no more than a large glass bowl. Often, I wondered how they would do in more home like environs. Voilà! Upon completion of our cascading aquatic feature of “Four Forms of Water” (creeping, crawling, falling and sleeping), such was available. So, recently, José and I returned to the earlier mentioned area. With me on crocodile watch, he waded in and collected some specimens for us, which we then brought to their new home here in Ola Brisa Gardens.)

So, what species is it, actually? Extensive perusal of my resource books (and even, perusal of scholarly articles and internet aquatic plant sites) divulged a great deal about the locally indigenous and aforementioned Mexican Waterlily (Nymphaea Mexicana). It looks rather like the one that we “captured” and brought home, with one rather major problem all of my sources say this species sports yellow flora. Such as follows is an amalgamated, yet apt, description of these.

“The Mexican Waterlily is a native of Mexico and the South Eastern part of the United States. It is used, extensively, as an aquatic ornamental, but left to its own designs has become a common invader of still or slow moving water bodies particularly so where nutrients are high. It can spread vegetatively from stolons into water over six feet (1.83 meters) deep. It is an attached, aquatic perennial, with emergent, waxy, elliptical leaves, that can become erect when crowded and has yellow flowers that open during the day and close at night.”

However, upon further study of these books, the species which appeared to look most like our new resident was the American Water Lily (Nymphaea odorata). It is said to be most easily recognized by its radially symmetrical, attractive flower displaying either white or pink petals.

These flowers have broad, tapering petals that narrow toward the bloom’s center. Its petals are curved length-wise and forming what might be called a slight channel. The flora’s center has one pistil and is densely packed with bright yellow stamens. Its heart shaped, rounded leaves range from just under four to over eleven and three
quarters inches (10-30 cm) wide. The upper side is water repellant and glossy green in coloration. The underside is purplish red. (Ours, however, appears more brownish.) Some sources state that the

Nymphaea odorata is an invasive weed.The rather substantive and “elephant in the room” problem I have encountered is that it is said to be native to the eastern portion of North America! Did these come down on vacation and like us decide to permanently (as much as a floating plant is able) “Plant Roots in Mexico?”