Just where does one start on a story about this gentleman. With an initial demeanour that says “shy”, don’t believe it. This man is a mover and shaker in Manzanillo. Educated as a Biologist at the Universidad Autonoma de Guadalajara, he is General manager for ‘Tema Nissan’ in Fondeport, Manzanillo. Guillermo is a relative of many political and prominent families in the State of Colima, as well as good friends with almost everyone else in town. Married to Patty since November 1990, they have three very active teenagers which means a bustling household to come home to each day.

We first met Guillermo about 11 years ago, when my husband was invited, to become a representative for Canadians in Manzanillo in a new association about to be formed. We both turned up at City Hall and to our surprise, along with about 20 other people we were ushered into the Mayor’s office.

At that time, the Mayor was Rogelio Rueda (now in National politics). This was the initial meeting of “Manzamigos”, an association dreamed of and initiated by Guillermo & his friend the late William Zeiner, U.S. consular warden for the Costa Alegre at that time. They had invited top ranking officials of all departments in the city who would or could have contact with tourists and the foreign community. (Tourism, Immigration, Customs, Bank, Police federal and local, Harbour Master and so on and so on.) Guillermo was unanimously elected as the first President of Manzamigos with Rogelio Rueda Chairman of the initiation meeting.

We met several more times over the coming year but the next meeting of importance was when, as a fledgling reporter, Guillermo introduced me to the Sports Fishing Association of Manzanillo, an organisation of which he was also about to become President. He is still involved with the Sports Fishing Association today and talks of the continuing problems with long lines in the day time and gill nets at night, all of which are a threat to marine life as they catch everything indiscriminately. Even whales have become entangled in the gill nets. The other major problem they had recently was a fire at the Association offices in San Pedrito, which fortunately did not touch the expensive new palapa.

At the time of our meeting, the Sports Fishing Association was about to challenge the Guinness book of Records for the most children between 6 and 11 years of age fishing at one time. Since then, they have broken all records at the Children’s Day Fishing tournament on April 25th. Not with the 1000 children hoped for but with 798. Manzanillo Sports Fishing Association will now be in the Guinness Book of Records. This was a healthy number of children to watch over and to keep safe on the harbour wall as they fished to their hearts content.

When Guillermo became President of the Sports fishing Association, he handed the reins of “Manzamigos” over to Nigel Rumford, as by then he was also heavily involved as founder member and Treasurer of the “Bomberos”, an Association of Fire Fighters, all volunteers, who have their base in Las Garzas on a strip of  land donated to them by the city. The land given them was completely useless for any permanent structure but ideal for the few broken down vehicles that the volunteers were in the midst of attempting to repair to a halfway decent running condition. They transformed a shipping container into a warehouse, come office, come dormitory and were desperately trying to form themselves into a viable and professional Fire Brigade. Among their vehicles which they proudly showed us, was a very old Coca Cola truck, whose only pretence to being a fire truck was that it was red. Since that time they have been given a real fire truck by Manzanillo’s sister city, St. Pauls Minnesota, as well as several other vehicles which are gradually being transformed into a respectable fleet.

The monthly stipend which the Bomberos receive from the City of Manzanillo for being available 24/7 and for saving lives, homes and businesses as well as quelling the many forest fires is 10,000 pesos per month. All else they have to beg, borrow or inherit to be able to continue in giving Manzanillo their services. Fortunately with most of the local buildings being cement it is not as deadly as dealing with the wooden framed structures up north but this does not diminish their importance or the fact that they donate hours every week. The volunteers are mostly from the Port authority, the Electric plant or Marines and retirees from other forces.

At about the same time as the “Bomberos” were formed, there was also talk going around town that Guillermo was to run as mayor of Manzanillo, a rumour which he hastily dispelled because he really had no time to propel himself into public life.

During our meeting, we were told of the latest plans for the current expansion of the Port as they affected his business by moving the rail line up the centre of Blvd. Miguel de la Madrid (de la Madrid is a relative), the numerous happenings around the area that are also affected such as the old Folks home which has to be moved elsewhere to make way for progress, proper access roads being paved to the bus station as well as several over-passes which have to be built by the Port authorities in exchange for roadway access for the rail road. Avenida Lazaro Cardenas has also to be completed by the port as access to the northern end of the Port boundaries has been expanded into Las Brisas. The Lagoon on the opposite site of the Boulevard M. de la Madrid is to be turned into a properly developed ecological park for Manzanillenses to enjoy.

Along with all the trappings which come with building a business, . Guillermo has also found time to become Vice President of the Colima Auto Dealership, which association is lamenting the bypassing of Mexico as a favoured builder as India is becoming a major, if very unreliablemanufacturer of vehicles. He is also Vice President of COPAMEX the Union of Company Directors.

As if this were not enough, recently he became Head Scout of the newly formed Sea Scouts of Manzanillo “Poseidon” which received their charter in April and he spends as much time as possible with the boys and girls who are training in a lifestyle started by Lord Baden Powell nearly 100 years ago. They have been given 3 boats in various stages of repair and arelearning navigation, sailing, fishing, diving as well as how to maintain a boat. In return for the kids cleaning the marina, the troop receives free mooring for their boats at Las Hadas.

I am absolutely amazed that I have been able to cram into just over 1000 words the enormously busy life of this dynamic man I am proud to call a friend, who can still take time to sit and chat for a while. And – just where does he go from here? His dream for Manzanillo is as a bustling busy Port City with tourism the minor industry and families or retirees staying in pensions rather than the big giants of the Hotels of the ritzy world. There would be sufficient work to employ those who want to be employed and no smoke from the energy plant. Guillermo, sees himself, building nice family houses and accommodations for people who love to live by the sea
and wishes to become involved in the development of the importance of the Port in Mexico. No small dreams but then he is not a small man.

Why live the Ex-pat life?? 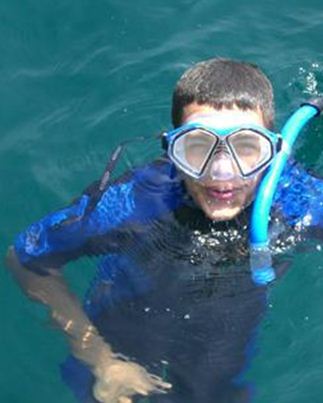 How to Snorkel Dive 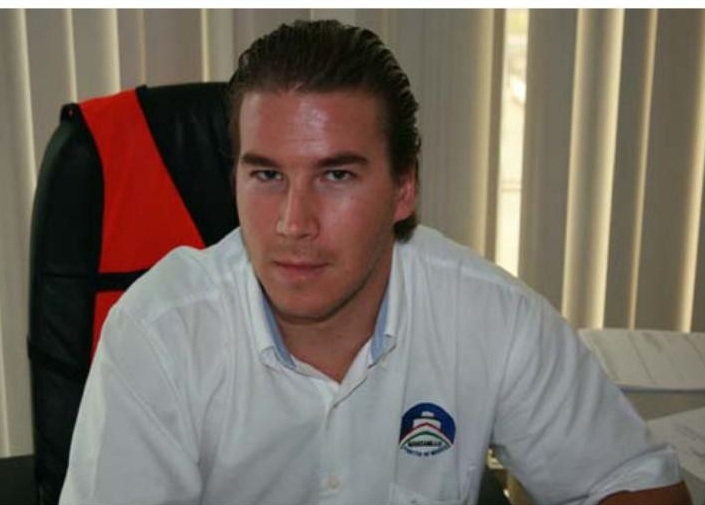