I usually don’t get excited about a trip out shopping. I mean how many times does the average person go out for fresh veggies and the like? In all fairness to the shopping experience I should mention that there are subtle differences in the products which take place over time. For example, my American six to eight inch cucumbers have expanded to having stores in the U.S. offer the very long, plastic wrapped, skinny cucumbers which are labeled as ‘English Cucumbers’. I haven’t noticed a taste difference in any of it yet. The ones that do get to me are the apples that taste like grapes and other vegetables that you see in the States and in Canada that look like one fruit and taste like another. Other marketing delights include bunches of green and darker grapes which are the size of golf balls. Can you imagine teeing one of those up on a par five hole?

In Mexico, you can get the little pineapples which I first found in Tahiti during another life. Most of their production goes into making a wonderful but very strong alcoholic drink. Here in Mexico, you can get all sizes and varied levels of sweetness. I simply love the two sizes of bananas and the way these people grow them. I’ve noticed that, when you see a field of bananas, you find them growing under a field of coconut trees which are much higher. It was explained to me that the coconuts keep the sun off the bananas which, otherwise, have a tendency to mature and ripen too fast for marketing and shipping. 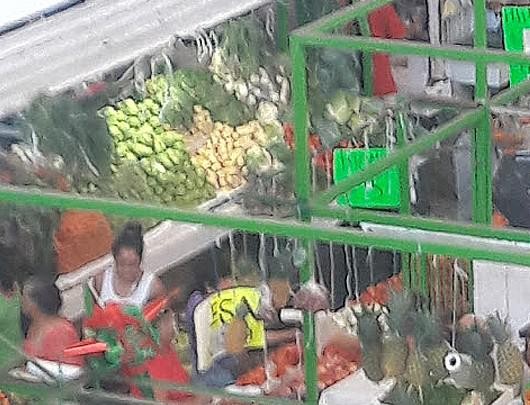 I have been to that traveling market in Manzanillo which has a small veggie and other food section in addition to a larger trinket and electronics variety of products available. In that one, most of the vendors speak a little English and cater to the tourist. There are a few booths of food at the back side of that market and a diner, which is labeled as being from Baja, that sells the best fish tacos in the world. So, one would go to it depending on the day of the week and where it was set up for that day.

Although I have been coming down to Manzanillo for several years or so, I’m still not caught up in all the little barrios and their names. Suffice it to say we live on one side of the bay and on a nice, clear day, we can spot the giant sailfish on the other side. Nestled in behind that fish is a permanent market that re-minds me of a very opulent food souk I used to find in Damascus or the Market in Glyfada, Greece, which only appeared on Thursdays.

Here in Manzanillo they have a large city block set up, ringed in small curio and snack/lunch shops for two stories. It’s covered and has a small parking lot on the second floor from a drive-up ramp. The 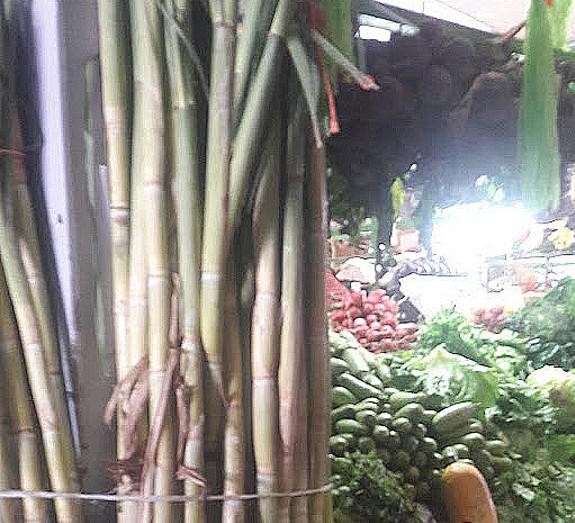 inside is open for three stories and the bottom is loaded with tiny shops of all sorts. Each specializes in whatever they specialize in and there are narrow passage ways running all through it in different directions. Most sell veggies, beans, grains, and chilies. They are stacked to the hilt sometimes with fresh corn getting into the bin that black beans are displayed with a scoop and plastic bags to fill. Fruit can be purchased whole, or by the slice, or even diced into a mixed cocktail with ice cream and mixed nuts, ‘con crema’ offered in the mix.

Occasionally, one will run into a butcher shop. There are three kinds and they all are small but everyone does a brisk business. First of all, there are the butchers that sell cow, pig, and chicken. Then there is the one or two that serve up anything and everything from the sea. The third kind is still rarer yet. They will hand over any type of meat from anywhere. We even found fresh oysters for my Christmas dinner stuffing. While it is true that these oysters were small, a little on the tough side, and definitely not from Chesapeake Bay, they did have the flavor I was looking for and I will just have to cut them up a little finer next year.

A few years ago, I went into Sam’s Club looking for some ground round. We selected a package with the current date on it and it looked like fresh, red, ground, meat. When we got it home, we sliced into the mound of hamburger to find that old, brown, meat had been wrapped in a thin layer of fresh stuff. I wrote a letter to the company after taking a picture but nothing ever came of that other than the Sam’s Club in the States told me that the Mexican company was a different company and that they had nothing to do with it. Please remember that happened before the Manzanillo store was opened. In that market downtown in Manzanillo, you can stand there and watch that butcher place fresh meat in the grinder for you and hand it over all ready to cook or freeze. It’s all good stuff Maynard, good stuff. 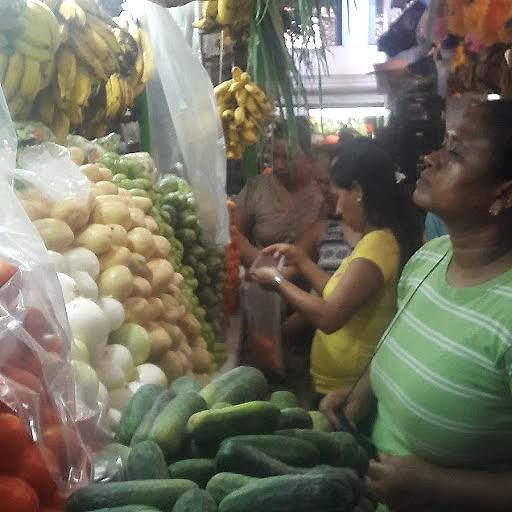 Normally I avoid crowds because I just don’t like to be pushed about by uncaring people. In this market, although it was crowded and people were always turning sideways to let some-one by, people were conscious and respectful of each other. I only made one person mad at me with my bulk in the wrong place at the wrong time. She told me in passable English that if I didn’t stop pushing I would have to walk home.

We both like russet potatoes with the thick, brown skins. This was the reason, or one of the main reasons, for going to this market and, as it turned out, our only disappointment. The guy just didn’t have any. Apparently having those potatoes is an iffy thing. I am here to tell you that I wouldn’t mind going down and trying him out every week. “Ah, Señor! You are out again? That’s just terrible. I suppose we will have to see you next week then. ¡Hasta pronto!”

Let’s Do It Over Again