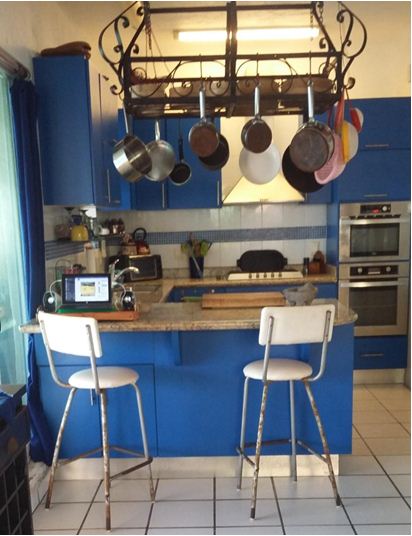 By Kirby Vickery from the August 2017 Edition 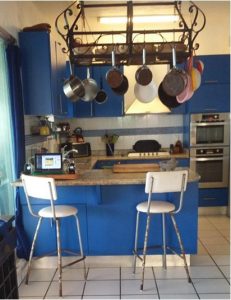 of thing here in Manzanillo. I understand that Mexico has standards for the building, utilities installation and maintenance. The problem I’ve run across is that the workmanship of individual workmen sometimes doesn’t meet those standards. So, when I get into something and play “Do-It-Yourself” (DIY) Home Improvement Guru [HIG] mode, either in my own place or for a friend, I sometimes end up crying with what I find.

When I lived out on the Santiago Peninsula, I discovered one kitchen had a gas stove with an extra gas regulator installed in-line from the source. Apparently, whoever installed it wasn’t aware that the gas company had already installed one closer to that source and didn’t bother to check the operation after they completed theirs.

This was the reason that family did most of their cooking by electricity because you couldn’t turn on any burner higher than ‘barely’ and it took forever to boil water. On the electrical side, they had to turn off the refrigerator any time they wanted to cook because all the outlets in that kitchen were wired through one 15Amp breaker. Someone called it “Reset Heaven.” Since then, while helping out in different areas, I have found completely different sets of problems.

Here, I have discovered a new theory for up-keep. We can call it Accomplish by Rule of Convenience. ‘ARC’ for short. (I was going to call it ‘AROC’ until I discovered that acronym is really over used and I don’t have to help it along.)

First of all, our condo, among others, sits four and five floors off the ocean, on the beach. It is concrete and there is some-thing to be said for its stability and strength, although we do feel the pounding of the surf from time to time. I mean to tell you that Colima’s active volcano can spit and spew, rock and

roll, quake and shake and we’ll just be grabbing our surf boards thinking the surf’s up. So, we’re not worried about finding ourselves in a crumbled mess of broken building. However, the building was put up in 1990 and has gone through some upgrades and modernization, as have others in this particular area of Manzanillo.

I suppose the most visible thing is the view of some of these buildings from the outside. It is readily apparent that some of the people in charge of area beautification and upkeep have different opinions of ‘standards’ than the builders. But, when you talk to these building managers, it’s all a case of financing or the lack of it.

Ewa has asked me not to mention that I found all the outlet covers stuck in a paper bag in the storage room because she forgot to enforce their replacement when she had the unit re-painted a few years ago. So, I will make sure in this article that I won’t.

In a friend’s condo down the street, the breaker panel is wired for 110 and 220 volts into it. Normally there is 110 and 220 access to the utility room and kitchen should the occupant want to dry or cook with electricity. Originally, it was a gas kitchen requiring only 110-volts. When he had it revamped, he had an oven and microwave installed. This set was built for a 220-volt source.

The problem was the building wasn’t wired for that voltage to the kitchen. No problem for our ARC guy. He rewired the kitchen by using the return wire as the second 110 source to make 220, then accessed earth ground for the return. I told my friend that he no longer had 220 volt power into his kitchen. Then I found where there was an electrical outlet in one of his bedrooms which was similarly miswired and had caught fire some time in the past. Thank goodness for concrete being the prime building medium here.

The fire didn’t go anywhere but had just fried the insulation on the wires for a few inches. I can’t bring myself to ask if he or his wife had ever smelled anything wrong in that room. I had to tie everything back and now they have a dummy outlet which isn’t wired at all.

I bought two new room air conditioners that were on sale at Home Depot, along with free installation. These are the kind where the fan, filter and controls are mounted in a wall while the compressor sits out of sight and hearing (ostensibly). The first one was installed by some local Home Depot contractor. Although they had to call in a third person to effect the install, they did an outstanding job and only charged me an additional two hundred and fifty pesos for some unexpected (expected) wiring they had to do.

The second unit was put in by a crew that had to be scheduled in from Guadalajara. This team was the standard example of a Master teaching an Apprentice. They also did a fantastic job. I found both teams to be a delight in courtesy, knowledge and professionalism. The only negative to the whole thing was that I had to hire the removal of the old units as they were just too heavy for me to carry down. But I just love that cold air in my ‘office.’

I also changed out the old kitchen faucet from an install that Ewa had put in when she expanded our kitchen several years ago. Again, rather than take the time and modify the existing equipment properly to allow for the fit of the new faucet; who-ever did the retrofit just slammed everything together causing the sink support to allow a slow leak at the mount which made it expand to the point where we were almost toppling over every time we tried to used it.

I applied perseverance and elbow grease on that one and, be-sides, I think everyone really likes the new style we got. You can just see the old faucet in Ewa’s “After” picture.

These kitchen modifications seem popular all over the city as, I think, we imports like larger and more varied and modern kitchens and the establishment hasn’t yet been able to keep up with us. I’m not saying that it’s all like that.

Ian Rumford moved into a hall-like place when Freda and I went back to Canada. His place had a wonderful kitchen and the place next door was a dream.

My advice to newcomers, if you have the time, is to move into a starter unit somewhere until you get the lay of the land. Then, when you get to know the area and what to expect, go out and pick and choose. I mean, this is Mexico, the land of the laidback living.