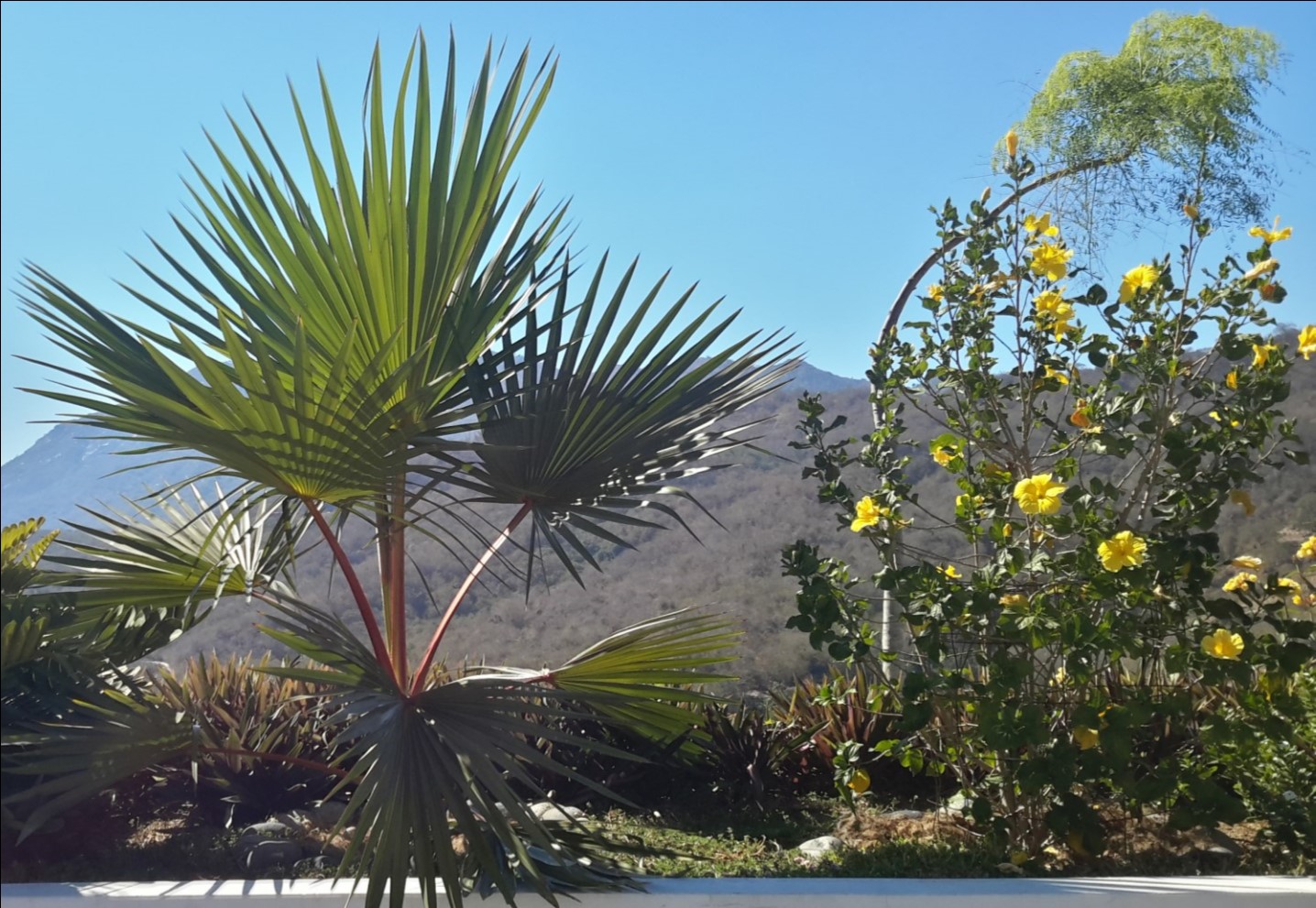 By Tommy Clarkson on the May 2019 Edition

(I feel in the smallest of childish, self-satisfied ways a bit vindicated from my sometimes emergent feelings of botanical inadequacy! You see, my specimen of Latania lontaroides is but a small though beautiful and healthy -youngster palm. But, when I commenced to check through my palm tomes (lo and behold), the very first two of my primary “go-to” books “An Encyclopedia of Cultivated Palms”, by Robert Lee Riffle and Paul Craft, and “Palms Throughout the World” by David L. Jones, pictured palms of virtually the same age and size as mine. I want-ed, so badly, to say “nana nana boo boo” to someone!)

These are wonderful, palmate palms that rather closely resemble the Bismark Palm (Bismarckia noblis). No few of my garden tour guests get these two species confused. However, the Bismark has less costapalmate leaves, a less flared trunk base and a stouter, taller trunk. But, regarding our subject palm, there are three species of Latania in the genus Red Latan, Blue Latan and Yellow Latan. All originated on one or another of the three islands of Réunion, Mauritius and Rodrigues, which constitute the Mascarene Islands northeast of southern Madagascar in the western Indian Ocean. (And that’s your geography lesson for the day!)

These strikingly beautiful, but somewhat slow-growing, palms, once flourished in great proliferation in these isles but, as a result of land clearing and animal grazing, specimens previously thriving in their natural state are, increasingly, a rarity.

The fronds, trunks and inflorescences are common between the three species, with specific identification done simply by perusal of the petioles and to a lesser degree the fronds themselves, as well as to study of the shape of the hastula. (That’s the collar-like extension on each four to six foot (1.22 –1.83 meters) long petiole.

Older Red Latans have greyish-green leaves with red-streaked veins as well as on the petiole. (Apply this species-specific, coloration trait to the Yellow and Blue Latans as well.) In mature plants, the trunk is grey. Sometimes short and concise is best

Accordingly, I quote from Darla Wotherspoon’s writings in her “Your Ultimate Palm Tree Handbook” where, by the way, her picture of a Red Latan was also of a very young one! She states, “(Their) leaves are segmented half of the way toward the center of the leaf (costapalmate). They are quite stiff so (they) usually appear to stand straight up without hanging tips.” These fan-shaped fronds may grow to be five to seven feet (1.52 –2.13 meters) wide. They consist of around thirty unsplit segments with finely toothed margins. These beauties can grow up to thirty feet (9.14 meters) in height with twelve to twenty-four magnificent fronds.

In “A Guide to Palms and Cycads of the World,” Lynette Stewart discussed the palm “boy/girl/babies thing” thusly: “male inflorescences have a thick peduncle (inflorescence primary stem) and up to fourteen spike-like flowering branches, each the thickness of a finger. Female inflorescences have fewer, but thicker, spike-like branches and fewer flowers than the male. Fruits are large, oblong to egg-shaped, smooth-skinned and usually have three seeds, though sometimes they have only one or two.”

While the red foliar highlights of the Red Latan will fade, in maturity it can be distinguished from the Blue Latan by the pointed and upraised hastulas on the upper leaf surfaces. It’ll also have less waxy scurf on the underside of the fronds and wider leaf scars on the trunk. (And now we’ve completed our biology and ecology classwork.

Latania lontaroides come, solely, from Réunion Island. They, like their other colored kin, are hardy and adaptable palms. They need a bright, sunny location with yep, you’ve often heard this from me before, when I “talk dirty” well draining soil. But remember, male and female palms (dioecious) are necessary for seed fertilization. As noted in the accompanying picture, hybridization between the three species is frequent. Fresh seeds will germinate within six to ten weeks.

They have a moderate salt tolerance and can handle drought rather well (but, prefer regular waterings). They are appreciative of a general purpose fertilizer if one seeks a fully attractive and healthy palm . . . and who wouldn’t? As to Nature’s bad things: Keep a sharp look out for Palmetto Weevils and don’t overlook their slight susceptibility to Lethal Yellowing.

Let’s close with Riffle and Craft’s observation that “These palms are spectacular . . . and are amenable to almost any landscape situation.” 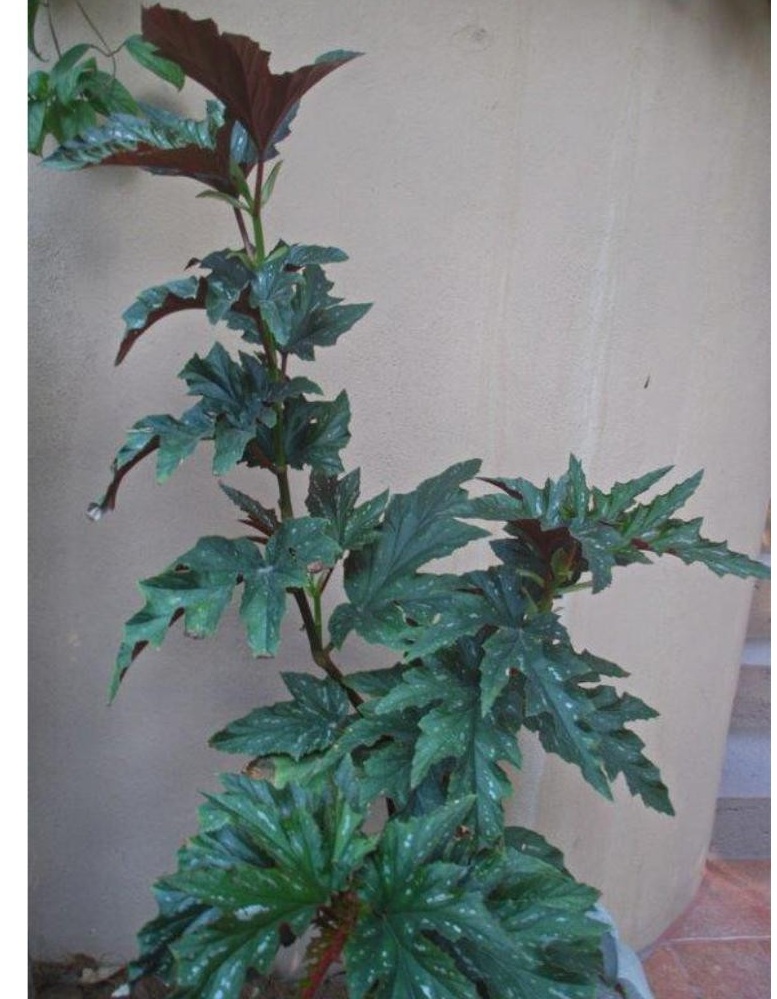 Begonias- I Planted Roots in Mexico 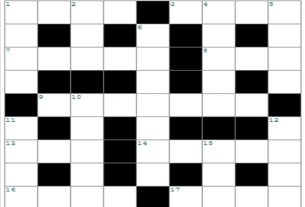