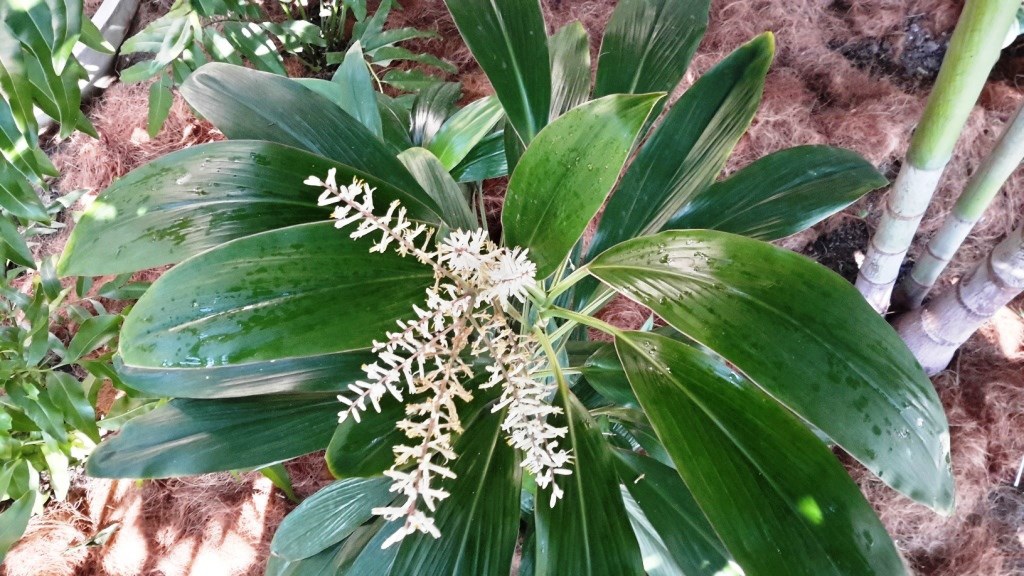 By Tommy Clarkson on the July 2019 Edition

Since writing about the more commonly seen, magenta colored and often simply called a Cordyline featured in Volume I of our “The Civilized Jungle” book series no few have been the questions asked by visitors touring the gardens, or weekly readers of my “Planting Roots in Mexico” column, about its numerous, attractive “look-alikes.” Hence, let’s endeavor to address them here and now.

So, where to start? How about at a lunch featuring our topic plant? You see, in its original realm as a result of its edible rhizomes being high in starch – these plants are used for food . . . among a variety of other applications.

Nowadays, Ti Plants, original and cultivars, have spread throughout the world as houseplants and garden features, but few are my acquaintances if any who dine upon them! How-ever, noted tropical plant botanist (as well as being a rather prolific author on the topic), Dr. Arthur Whistler, has written that in Hawaii “a brandy-like drink called okolehau was once fermented from (its) mashed roots (and) the leaves have long been used for fibers, clothing, food wrappers and folk medicines (as well as being) currently braided into leis.”

Furthermore, and wholly germane to this piece, he continues that, “A bewildering number of cultivars have been named, with variously colored (and) differently shaped leaves,”

As to from whence these came, presumably, they originated in Southeast Asia and Papua New Guinea. It is thought that they, then, were brought to an array of the many Pacific islands by the early Polynesians. Various botanists have also noted that they occur in eastern Australia and a few other islands of the Indian Ocean.

As a result of their striking color, this is one of those ornamental plants sometimes used in water applications particularly, the one sometimes called Dracaena ‘Firebrand’. However, this seems, to me, to be, simply silly and wasteful deportment as, before long, they will die, in that they are not marsh plants, but rather terrestrial ones. This is yet another case where we need to believe and trust some online advisors but, very cautiously, and I strongly encourage that we do our full and complete re-search before placing all of our new plant pets in our home or one’s environs!

(Oh my! I really shouldn’t try to multitask. I am still struggling to handle the multiplicity of activities that encompasses a full life, without my Patty. As I am writing this, on a Sunday afternoon and Ana, Jose and Felix are off, I’m here alone. Nonetheless, striving to be the domestic sort, I thought I’d boil some eggs for inclusion in a fresh vegetable salad that I made a bit ago. Good idea bad follow-up! My olfactory lobe just very clearly notified me that I’d allowed the water to completely boil away! Increasingly of late, methinks that I may be in need of a fulltime “keeper, overseer, or assistant”!)

But, while the aforementioned very well cooked huevos cool off, let’s get back to plant reality. These different Cordyline fruticosa cultivars grow upright, to just under ten to over thirteen feet (3.50 to 3.96 meters) on sturdy, slender trunks.

Sprouting from these are shining, lanceolate leaves on slender leafstalks. But, as alluded to at the outset, there are many cultivars of this plant having an array of beautiful colors and patterns, as well as varying leaf length and width. (And yes, you can safely trim back its stems to about a foot (30.46 cm) from the soil in which it grows. New shoots will grow back from the cut points.

These cultivars like a degree of lightness but not full sun – and high humidity, as well as having their soil kept constantly rather moist, but not waterlogged. Propagation of them is best accomplished through approximately two and three quarters to four and three quarters inches (7 to 12 cm) long stem cuttings that have been laid on a slightly sandy substrate and kept warm.

In such environs, before long, new shoots will sprout which can be separated from the initial stem piece and, once they have developed four to five leaves, planted into pot homes of their own.

Here in Ola Brisa Gardens, ours are interspersed along the pathway adding color and texture to the plethora of complementary tropical palms, vines and bushes and flowers. I believe you’ll enjoy these characters! 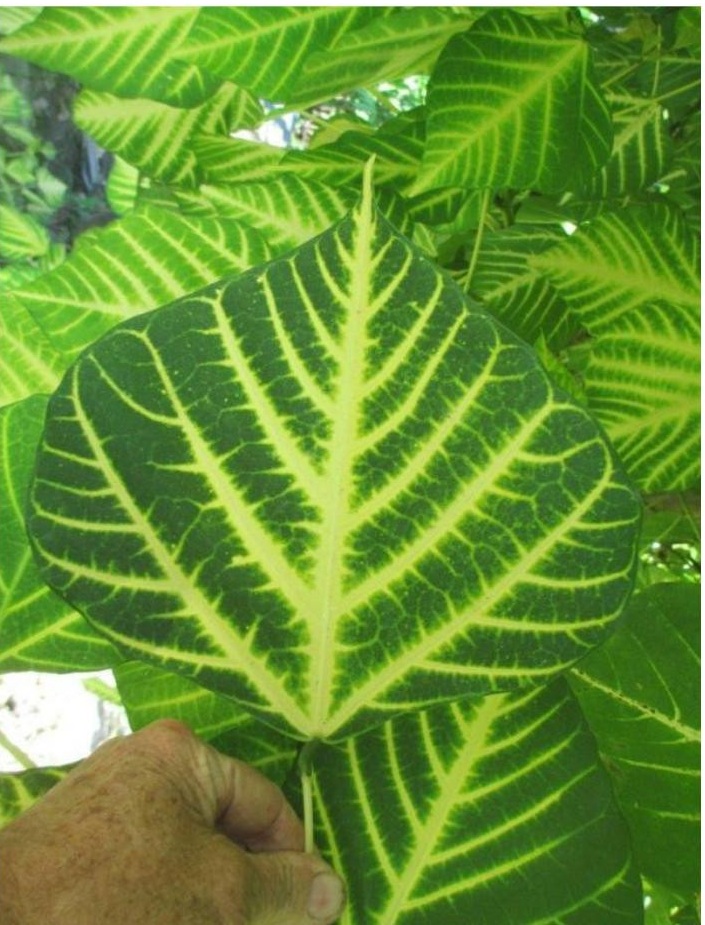