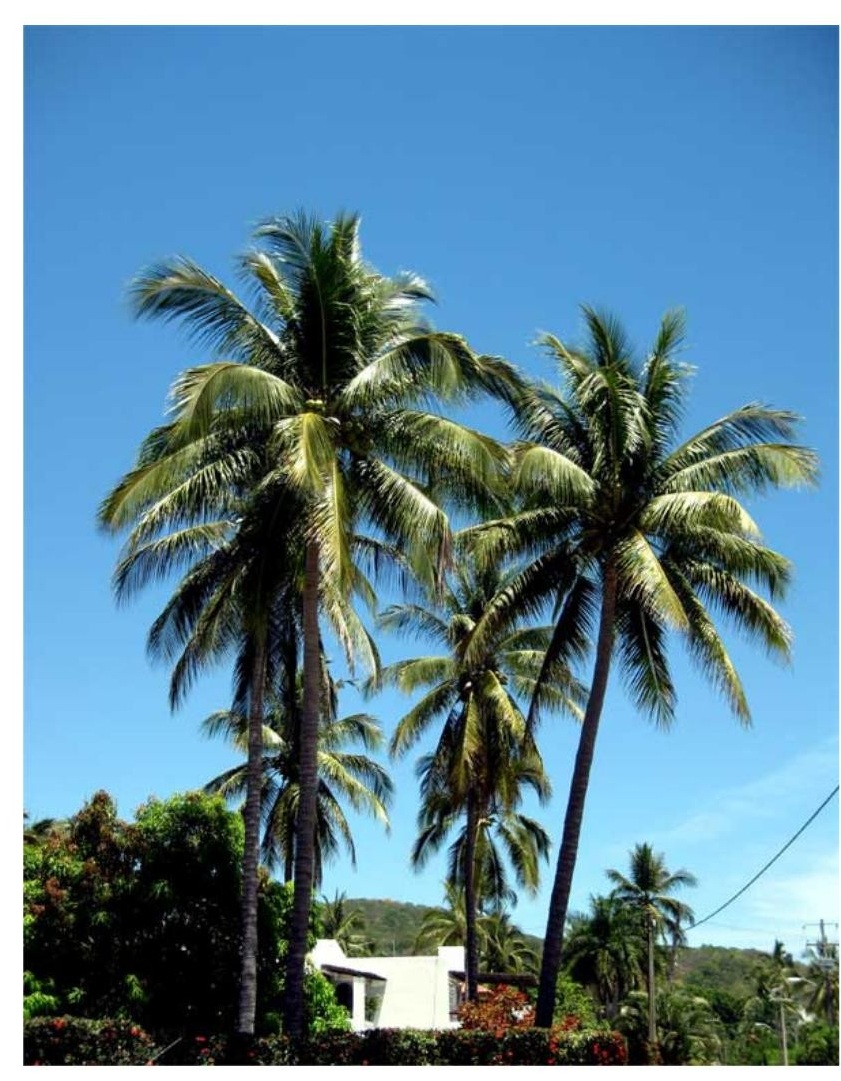 By Tomy Clakson from the July 2012 Edition

Welcome back to our two-part discussion of the best known of all palm trees – the Coconut. Last week we discussed a bit of its history and a few of its very many uses. If one seeks a palm which captures the essence of all that palms both are and symbolize, this is it!

Basically, there are two types of Coconut Palms, tall and dwarf. All told, coconuts grow in more than 80 countries and are extremely important to many people around the world. The coconut provides a nutritious source of meat, juice, milk, and oil that has fed and nourished populations around the world for generations. On many islands the coconut is a diet staple providing the majority of food eaten. Amazingly, nearly one third of the world’s population depends on coconut to some degree for their food and economy. It’s sorta’ Super Palm!

Highly tolerant of salinity, the coconut palm thrives on sandy soils and much prefers sustained sunlight and regular watering or consistent rainfall. For optimum growth they need high humidity. The tall ones are the most common type. Inasmuch as they can cross-pollinate their shared genetic material leads to no few variations in the fruit characteristics. Many are named according to the locale in which they are grown such as the West African Tall and the Tampakan Tall.

Dwarf coconuts mostly self-pollinate, which, of course, means fewer different types. As the name indicates, they are smaller than the tall ones – well, duh! This leads them to be more often used in home gardens, landscaping and parks. However, dwarf coconut trees produce more fruit (though smaller in size) than do their taller kin. They, too, generally derive their names from the country or area of their origin. One difference, however, is that the color of the young fruit is often included as part of its name. Three excellent examples of this are the Cameroon Red, the Malayan Yellow, and the Nias Green.

How many coconuts, on average, come from one tree? Varying, of course, on the variety, generally speaking a Coconut Palm will yield up to 75 fruits per year. And, though high in calories, each nut has as much protein as 1/4 lb. of beefsteak. And if you didn’t wish to shimmy up the tall trunk for your tasty snack, you might do as some Thais and Malaysians do, train a Pig-Tailed Macaques to get them for you!

Though rare, there exists the Double Coconut (Lodoicoa maldivica) which is said to be the largest seed in the world weighing between forty and forty-five pounds
each!

Generally speaking, both the tall and dwarf varieties are hardy and easy to grow. The exception – for the tall species – is that plant scourge of the Tropics, the disease called Lethal Yellowing. The dwarf varieties seem
immune. However the tall ones, like nearly thirty other palms, including the Christmas palm (Veitchia merrilli),
Fiji fan palm (Pritchardia pacifica), and Canary Island Date palm (Phoenix canariensis), are susceptible with little still known as a cure or preventative.

The flowers are monecious (both male and female flowers on the same inflorescence). And – I’m almost embarrassed to describe them as who among us isn’t familiar with a Coconut Palm – with fiber matting around the base of the fronds, each palm has somewhere between 20-30 drooping pinnate leaves with150-200 leaflets atop a grayish brown trunk marked with crescent leaf scars. Hardy, functional, beautiful and easy to grow in a wide array of sub-tropic and tropical environs. . . plant and enjoy the world traveling, tree of life – the Coconut Palm! 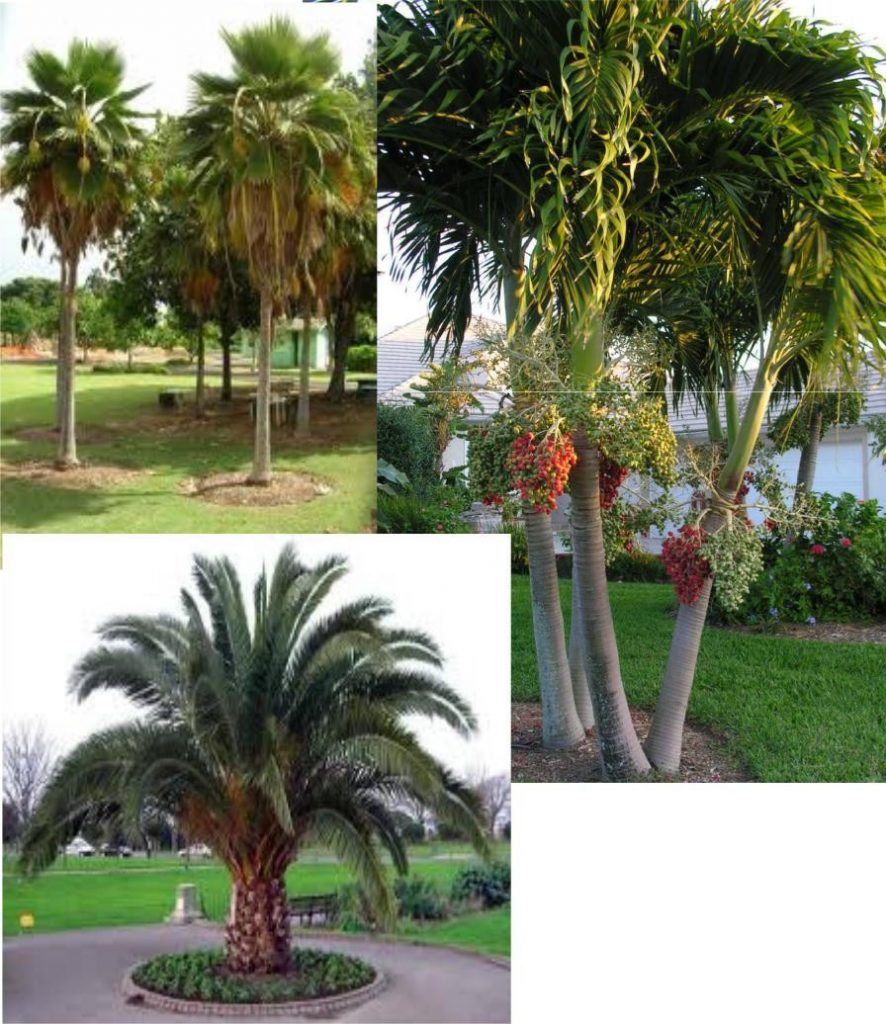 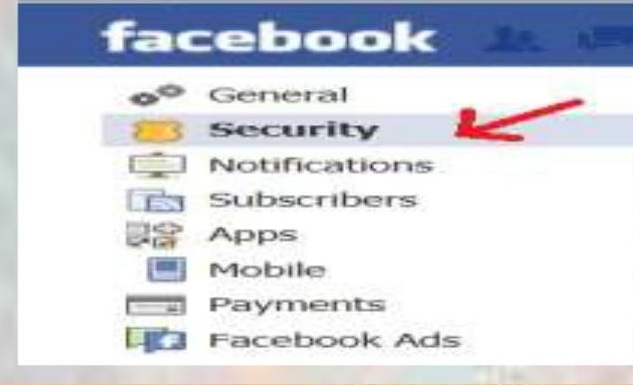