By Tommy Clarkson from the March 2017 Edition 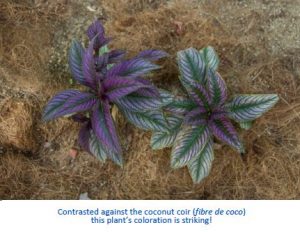 Also known as: Purple Strobilanthes or Burmuda Conehead
All originating in Asia, the Strobilanthes genus consists of around 250 different species of perennial herbs and subshrubs obviously, small to medium-sized shrubs. The genus name comes from the Greek words strobilos (cone) and anthos (flower).

Both indoors and out, the Persian Shield has been grown since Queen Victoria reigned, for its ornamental foliage. This beauty proudly boasts leaves of an almost-metallic sheen that easily calls to mind those spectacular, intricate mosaics of ancient Persia. This stunning plant, however, originates a bit south and east of there, in Burma. (Now called, I believe, Myanmar.) 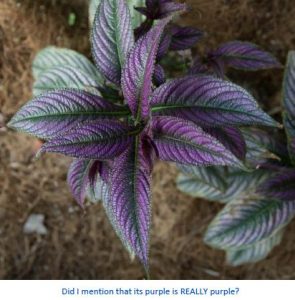 With its long, narrow, iridescent leaves of pink to purple with silver markings on the top and purple undersides, this is one very attractive, herbaceous, small shrub! Though not that large, it inevitably catches and holds the eye of visitors who stroll the paths of Ola Brisa Gardens. Bonnie L. Grant, in Gardening Know How, correctly noted that it’s, “almost better than a flowering specimen since they provide stunning color year around.”

Its elliptically-shaped, acuminate (tapering gradually to a point) leaves oppose each other in unequally-sized pairs and range in length from one and five eighths to eight inches (4.13 – 20.32 cm). Its veins are dark green and its margins (edges) are finely toothed.

Though infrequently, it can flower. These small, white or blue blossoms stands atop round, pubescent bracts are borne on terminal spike. They emerge from those sticky bracts which open sequentially along that spike. This allows the plant to remain in bloom for a long time. These blooms appear in short funnel or coneshaped inflorescences which as a result of their appearance gave rise to that lesser used name of Bermuda Conehead.

It wants warm, rather moist but (you know the drill), in well draining soil with filtered sunlight. (This is 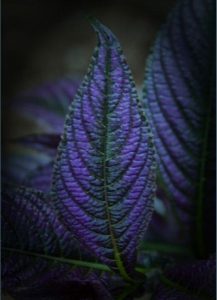 another of those tropical plants that is neither drought tolerant nor does it want to be kept in wet soil.) But, select your planting location care-fully as their colors will not be a brilliant as possible if in total shade. It seeks the same, be it in the soil of your garden or in a potted venue. I’d encourage that you mulch around it with an organic material up to, perhaps, two inches (5.08 cm). Though ours has yet to reach such lofty heights, I understand that the Persian Shield can, potentially, grow to six feet (1.83 meters) tall.

It will tend to become leggy, requiring pruning or pinching back of leaves. During its active growing season, feed it one half strength general plant/flower fertilizer every other week. It’ll grow anew, quite easily, from cuttings.

For all intents and purposes, it has no serious insect or disease problems. However, if used as an indoor plant, keep a watchful eye out for spider mites, aphids or mealy bugs. Of course, if left in too wet of soil, root rot can be a problem.

In cooler climates, the Strobilanthes dyerianus is sometimes en-joyed indoors. But with winter’s coolness may come an in-creased lack of humidity. If seeking to enjoy this beauty year-round and “up north” here’s a simple way you can provide ex-tra humidity. Merely place a thin layer of rocks in a saucer that is kept full of water and balance the pot on top. This will keep the roots out of the water but its evaporation provides the necessary higher humidity to the air around the plant. Both you and the plant will be happier for it!

For alternatives or additional “lookers”, attractive kin of the Persian Shield is the shrubby-appearing Goldfussia (S. anisophyllus) which sports thin purple leaves and bell-shaped, pinkish flowers. Two other good-looking ones though often hard to find are the S. maculates that comes from the Himalayas and has beautiful silver-splotched leaves and the S. lactates from Brazil with its leaves of white blotches.

Nellie Neal, author of Gardener’s Guide to Tropical Plants, is always good at finding the right words to describe plants such as this.

She writes, “One clump of Persian Shield puts a dazzling, irides-cent exclamation point on any mixed planting. A group of them creates a stained-glass window in a garden with deep purple green leaves painted in feathery patterns of rosy lavender with silver tones. The lead surface and its dark veins shine through the lighter colors to create a show stopping, glistening, faceted look.”

(Well put, and thanks, Nellie!) 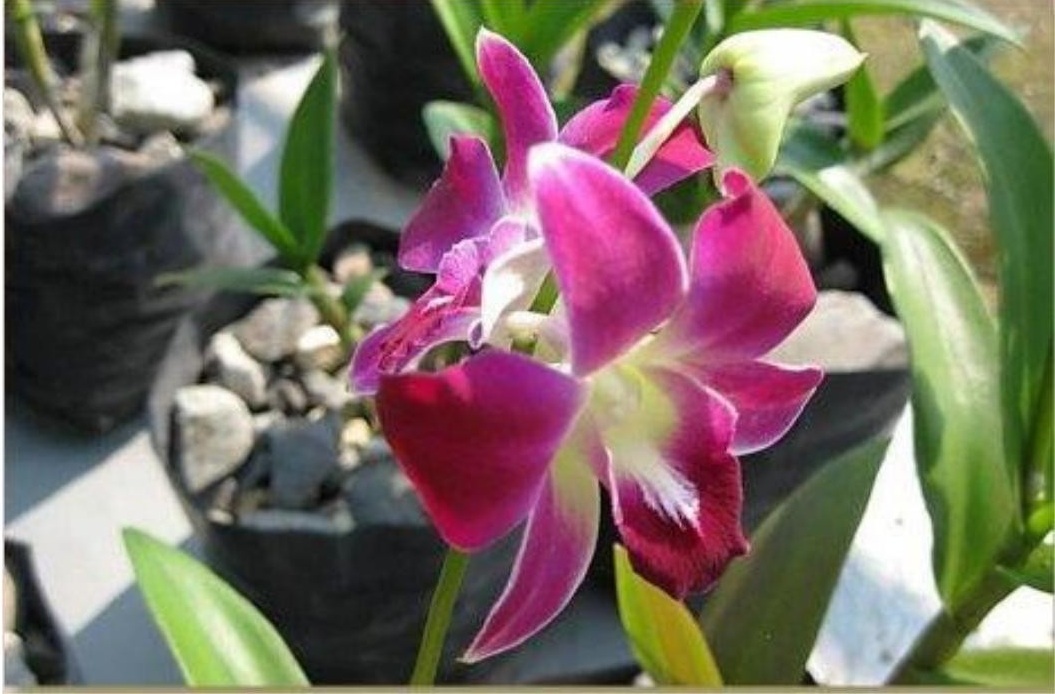 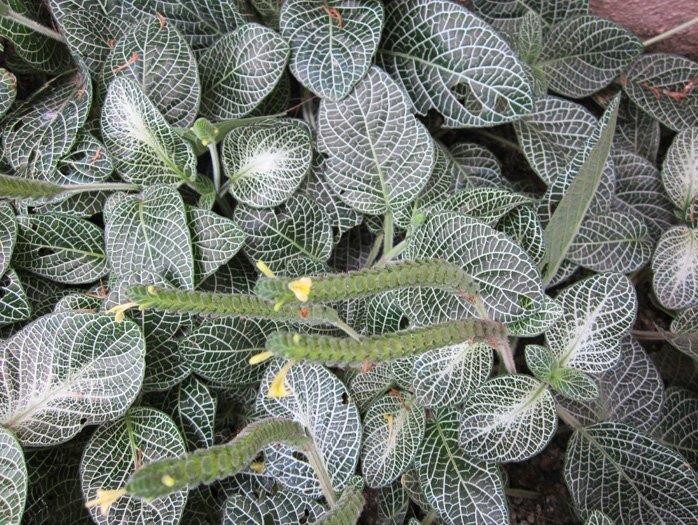