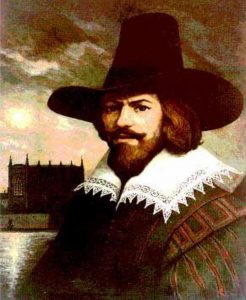 Hombres. If we didn’t like that then we could either tell him to “Smile when you say that partner.” Or get up and run because . . . well just because. Isn’t that what they do in all the westerns?

Ever think about the word “Hombre”? How about its equivalent in English? Stumped? Try “Guy.” You know. The waiter dude, four day need-a-shave, over weight and a shirt that last saw water was when it rained three months ago says, “Whad youse Guys want?” (I know wrong accent but it fits my story.) Oh yeah, I can’t forget the cigarette hanging out of his mouth and a bar towel that has a green something green growing on it partially covering the word ‘Lusitania.’ Well, that’s better than ‘The Plaza Hotel.’

It happens all over America and in spots in Canada. I haven’t heard it used in Mexico yet but they use a different language and the use of their ‘Guy’ is known to be aggressively insulting. So we probably won’t get insulted that way any time soon where we understand the insult.

I’ve heard it in several different mid priced restaurants now, even the better ones. Both waiters and waitresses use it to be friendly toward their customer. “Hi Guys.” “What would you Guys like to drink?” “Have you Guys decided on what you want yet?” We, the customers and the cash paying public to be catered to are being insulted across the entire continent by being called the English equivalent of the Spanish ‘Hombre;’ in a word: ‘GUY.’

Why is this? I don’t think my nose is that crooked or overly large and my ears don’t stick out. Why are they insulting me? And why are they insulting my lady who obviously isn’t a ‘Guy?’ After questioning several of them I’ve discovered that they are just trying to be friendly in conversing with their customers in what they think is a bright and cheerful manner. They actually didn’t know that the term they were using was detrimental. When informed of their verbal indiscretion, most of them swore to never use it again. The others went into the back room and just swore because we would cut their tips in half for repeat offenders.

Many of you may not know why the use of the word ‘Guy’ is so bad. All you have to do is to look into the word’s history. It was the first name of arguably the ugliest man in English history. Guy Fawkes was an English national hero until his involvement with the Gunpowder Plot in 1505 which was an assassination plot to kill James I. He was arrested while sitting with 36 barrels of gunpowder stacked up beneath the House of Lords where the King was to be seated that morning.

Overnight he became the national scourge of England and was convicted after several days of torture (also illegal in those days but James gave his personal blessing that would attempt to get the names of the rest of the conspirators from him) before he was to face a gruesome death which started by being pulled off the hanging scaffolds before he died to endure being drawn and quartered after having certain body parts cut off. Actually he got loose and jumped from the scaffold and broke his neck thus cheating the King and country of that terrible death thus becoming a national icon for evil and ugliness.

What most histories don’t tell you is that he was incredibly ugly. Other histories tell of his ugliness as being not in his face but his personality although that’s refuted by accounts from people who knew him. His nose was overly large and his ears stuck out. He also had a very sharp chin which sported a goatee and a long mustache in an attempt to fatten his very thin lips.

In England masks of his face started to appear worn by protesters, partiers, and children on Guy Fawkes Day (November 5th). This practice spread across the pond and is the reason New World children wear masks of fright and ugliness on Halloween. Back in England, when you wanted to insult someone you called him or her a ‘Guy.’ The term sorta died out for awhile but was picked up by gangsters in the 1920’s as a term of ‘brotherhood.’ This was exemplified by James Cagney’s famous line: “All right you Guys!” in some gangster movie about organized crime’s early days under prohibition. There it meant a mark of respect as they were all real tough ‘guys’ with Tommy guns and bathtub booze fighting Eliot Ness and his FBI Untouchables.

The use of ‘guys’ died out again until it was picked up in the sixties by the new feminist’s organizations as a term of endearment among the organized ranks of equal opportunity seekers. You know, ‘just one of the boys.’ This time the word made the gender gap jump and from there slowly became a friendly term for friends and family in social greeting. “Hi guys!”

I remember telling this story to a History Professor friend of mine at Arizona State. Her only comment with a smile to me was: “Get over it Kirby or I’ll get my wife’s permission to beat on you.” Damn, I didn’t know she was married. 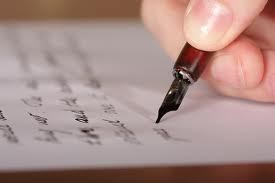