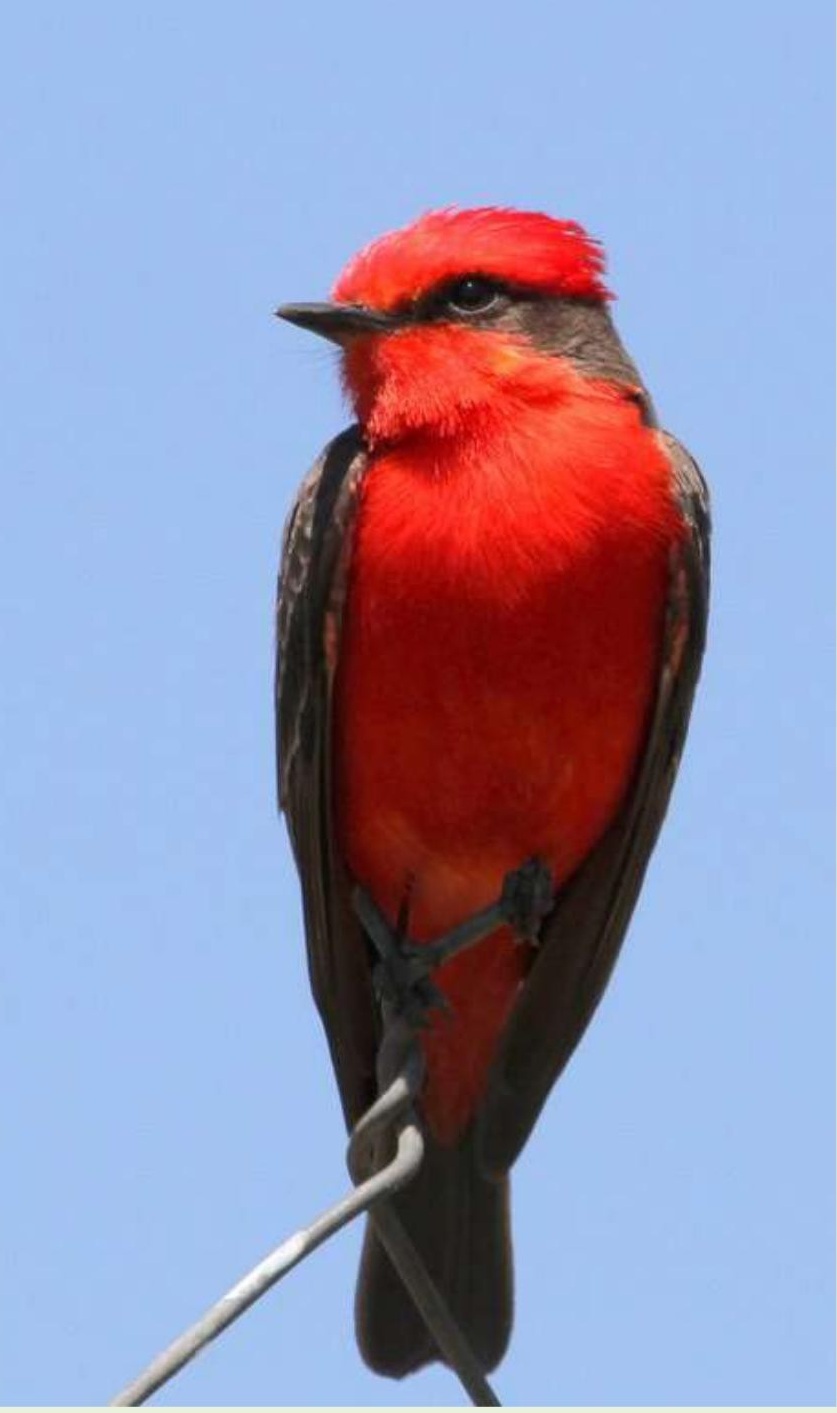 By Howard Platt from the February 2011 Edition 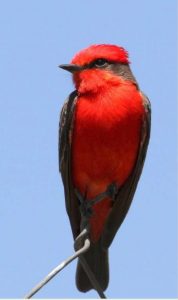 The common habit of assuming a type of behaviour from a name can be misleading. The official name for the vermillion flycatcher is pyrocephalus rubinus. “Pyro” comes from the Greek meaning fire and “cephalus” means head. When you see one you are likely to be impressed by the descriptive accuracy of the name. The male is mostly dark brown, or even black, but the front of the body and top of the head are a flame red.

These are small perching birds and are just one of the species in the tyrant flycatcher family. The family contains around 400 species and is the largest family of birds in the world. They are found throughout the Americas, but the greatest variety is from Mexico south. As the name suggests, flycatchers feed mostly on insects such as flies, grasshoppers and beetles which they usually snatch from mid-air.

Vermilion flycatchers prefer open arid or semiarid habitats with scattered trees or bushes, and they are frequently found along river courses and similar sources of water 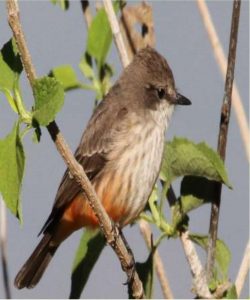 such as irrigation canals. You may see them on the coast but they are more numerous in the fields a little more inland and are quite common on the lower slopes of the volcano above Colimaeye recognizes one you will probably see many.

The male does little to live up to the image of a fiery redhead. He can show off, flying high into the sky and singing to attract a mate, and will even sing at night. He will often offer the female of his choice a butterfly as part of courtship.

Once in a relationship the birds remain monogamous and both work to raise the young. The male may spend as much as 90 percent of the day on one of his favorite perches waiting for some insect to fly past so he can capture it and take it back to the brood. Quite the well behaved family man.

So when you see the red head of a vermillion flycatcher, perhaps think of it more as a beacon of good behaviour rather than a fiery tempered tyrant.