By Vivian Molick from the February 2011 Edition

If in your mind you root around and through your past do look you’ll find so many memories that you could fill a book!
We weren’t aware that we were learning, but we were, in those Truman/Eisenhower days as Kansas kids. We were the children of two sisters – Delilah and Zola Mae – and their recently returned from World War II husbands, Roy and Dale. And, in those days before – during and after the Korean War – our whole lives lay before us, waiting to be found, explored and experienced.

Now in point of fact, I don’t ever recall a single, specific incident, spent with my cousins, where I intentionally set out, planning to learn something – but, inevitably, almost every day, I did. Sometimes it was one of those “Eureka” type discoveries that we’d share. Others, it was a talked about observation of farmyard fact or incident. Occasionally, it was the cold, stark, gnawing fringes of realization that – though we did not yet fully understand it – life was vulnerable, fragile and fleeting.

It might have been in coming to understand which plants – wild and domestic – monarch butterflies preferred. At other times it was the youthful recognition of fact – mentally grappled with and finally grasped – that hardly twenty years or so before, most of the farmers in the area had plowed and farmed with horses!

Sometimes we’d head out into the fields and pastures in simple search of adventure – and normally we would find one, even if it was of our own making! Other times it was in viewing life around us. Like in watching my cousin’s cat – Tiger. often, either while springtime trekking among the milkweed and cow paddies in the pasture, early fall walking between the rows of wheat or maize stubble in the field or year ’round climbing on a hay bale stack, we’d find her silently crouching, waiting for a mouse to unwisely show its head.

And then, when she had kittens, how she would catch a mouse alive, take it back to her litter to let it loose, capture it and then repeat the process again and again in front of them so they could learn to hunt like she. Or coming to face, the hard way, with reality. Like the fact that one simply can not raise orphaned baby rabbits only to – once grown – release them into the wild. They fast became easy prey for coyotes or other predators still stalking not far away.

Lurking in memory are those initial, impactful, impressions on our senses. Like the musty stale wheat straw scent that remained in an antique combine not used for many years.

Or the feel and neatly organized look of a small, cardboard box of .22 caliber hollow-point rifle rounds. And, in turn, knowing the difference between .22 longs and shorts.

Then there was the mysterious machinery of the old grain mill in the barn, about which we puzzled but never came to understand. And the lingering smell of propane, around the large tank on which we climbed. And – in the back of our minds – always, the question as to whether or not it might explode!

There was, of course, the front porch on the roadside of the farmhouse onto which no one ever came. As in most farmsteads, all visitors understood that one came to the back door which, of course, led directly into the kitchen – the heart and soul of a farm home!

And the living room, into which no one generally went other than to possible try to play on – or with – the piano. Around the kitchen, in various states of use was my Aunt’s multi-colored, everyday fiestaware – off which we ate – and, now, which is such a collectable!

How about the tap water, from the well, that had a light brown look and smell of sulfur? No thought was given to – yet unheard of – bottled or even chlorinated, filtered city water, it was what we had and used. We washed in it, cooked with it and drank it when thirsty and seem to have well survived!

Also, I can but smile in remembering the time we got the giggles over one particular drawn frame of the Wile E. Coyote in a “Roadrunner” comic book and how we laughed ourselves silly for nearly an hour! It was forgone that we’d save every possible cent to buy fireworks for the easy, simple joy of buying and shooting off something you’d earned yourself.

My cousins were my family, my enjoyment and so much a part of my life. Kind and gentle Jeanette – she and I the oldest – and she plagued by bad asthma, something not good for one who had to live on a farm, Dickie with his floor covered by thousand piece puzzles and little Cindy who was always there with her perpetual cheerful smile and twinkling eyes. Everything – they shared with me.

Once in a while we would go into Rozel – the closest town about five miles away. It had a population that might have been around two hundred or so, but, in those days, years before fast food franchises and shopping malls, it was a hotbed of business.

Rozel had the mandatory farm community co-operative – called a co-op, a grain elevator, railroad station, general hardware store, a grocery store, small restaurant – run by Willard, my cousin’s cousin on the other side, their Dad’s younger brother – a school, a couple of churches and the area switchboard run out of the living room of a lady’s house right on Main Street!

This was a busy, vibrant community that in those days that had pride in itself and even hosted large community events such as the annual Christmas parades. (In fact, Dick and I took first prize one year dressed as “Beetle Bomb” a race horse whose posture was somewhat strange – I, then taller, in front and he the, well, horse’s tail!)

Back at Uncle Dale’s and Aunt Zola Mae’s, after a week of long, busy working days, there were the Friday or Saturday – late into the evening – games of pitch our parents played while drinking strong, dark, coffee – made the German way – while we played endless games of hide and seek.

Days into nights into days. Summer night sleeping out on the second story, outdoor, screened-in porch and then, too soon, waking to the crows of roosters and cattle’s early morning mooo’s after a night of giggles and ghost stories.

But then the reality of facts became all too real with Uncle Dale’s heart attacks. His first, of course, scared us all but we believed he’d soon heal and life, as we knew it would return. But when one is the primary breadwinner on a small farm, who else can do all of those hard, grueling and necessary, daily tasks?

Jeanette and Cindy labored hard and long to help their parents. Dick, the only boy and then in early high school took on many of the “manly” chores as did our Grampa who’d retired several years before. But pride is man who lives by the sweat from his land. And, despite directions from his doctor, Uncle Dale soon reassumed his arduous, farm labors . . . only to suffer a second, terminal attack.

And life, for us all then changed and with it, a measure of our innocence. 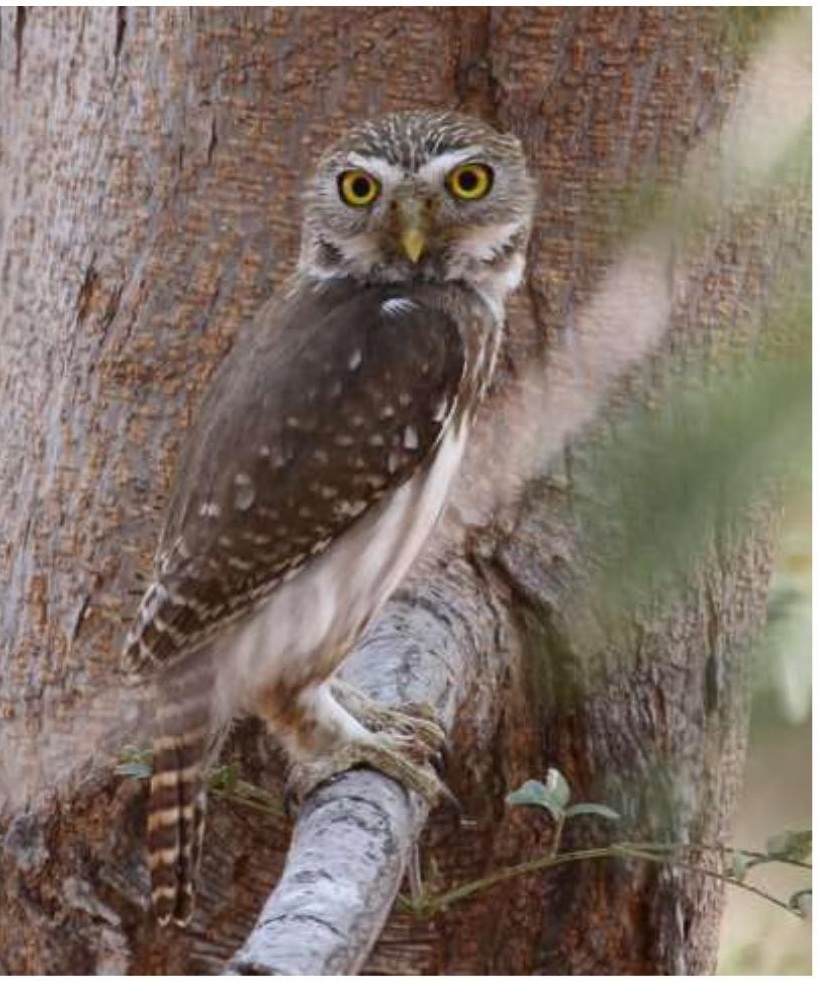 The Twisted Way We Gringos Speak 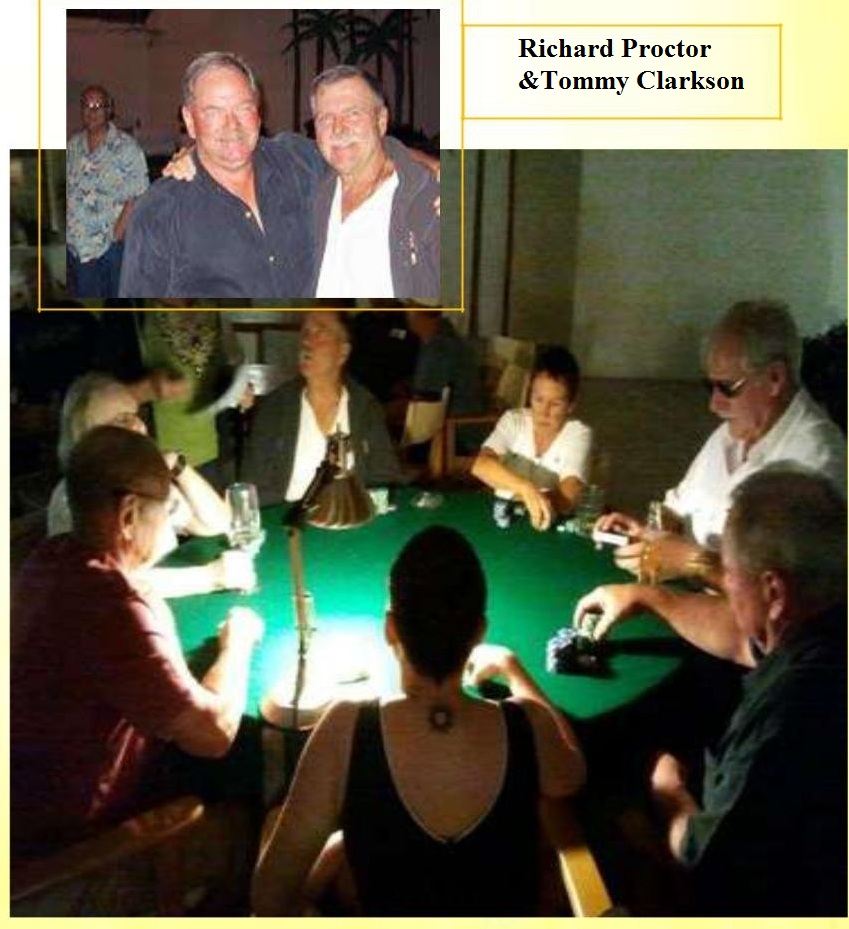