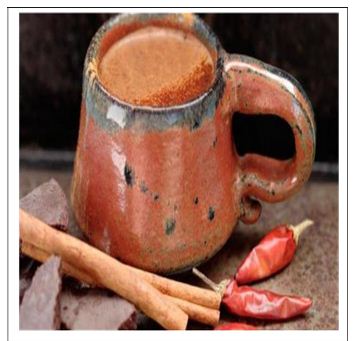 By Manzanillo Sun Writer from the November 2015 Edition 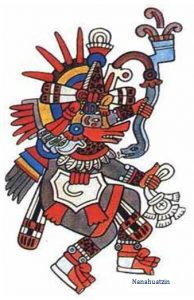 wanted to write about as long as it dealt with Mexico and/or the Mexican people. This was all fine and good while I was down there visiting but after quite a time away from that atmosphere it started to get a little rough. I found myself running out of experiences accumulated during my short stays in Manzanillo and working in Tijuana. Now I have an education in history (albeit American History but still ‘History’) and decided to put the experience to good use and discuss some real early Mexicans; The Aztecs. Yes these folks were late comers as Central American Indian cultures are concerned and they were the ones which Cortez first walked over in his quest for gold and silver. But they had a unique culture which was made richer than any before them because they adopted so much from other earlier cultures such as the Mayan and the Olmec.

Because the Aztecs were in power when the Spanish came in and took over, it is their culture and that of the Mayans that is said to have given the world so much to include gold, silver, corn, the pepper plant and the legume family (that’s potatoes to some of us who aren’t sure what a ‘legume’ is.), the cocktail, tobacco (arguably) and, I feel, most important Chocolate. The story or legend behind chocolate’s discovery and human use is a little on the short side but shows the diversification and richness of the Aztec Mythology. 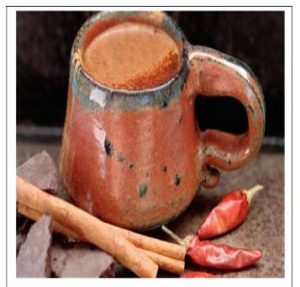 Our story begins with the Sun God Nanahuatzin or Nanahuaztl or just plain Nana. Yes, this is the Aztec God which gave Maize to the humans and was known to be a male as well as a female from time to time. It was because of that he was invited to the ceremony honoring the god who was selected to be the Sun God. Nana was dressed in reeds when he showed up. He was also small, and weak, and sickly, and not really liked among the other gods. But his was a modest bravery and when the other gods backed away from the assignment because they feared the sacrificial jumping into the burning cauldron of the sun, he just jumped right in and won the moment according to Quetzacóatl who among other things like being the god of delight was really up there on the god list of importance.

Every day Nanahuatzin would locate his tree of the Food-of-the-Gods, crack open one or more of the large pods of the cacao tree and scrape out the goodness. One day, quite by accident Quetzacóatl witnessed this ritual and asked about it thinking that this would be good for the humans too. When he approached Nanahuatzin about sharing his secret, the Sun God vehemently refused any idea about sharing because he figured the cacao nut’s meat was so good that it was meant for the gods only.

Quetzacóatl didn’t agree but knew that to argue with the Sun God would be pointless so he changed himself into a small blue frog and watched as Nanahuatzin selected and cut another of the wonderful pods off the cacao tree, cut it open and ate the succulent inner stuff from it. After he had finished and had gone away for the day Quetzacóatl started to sing his froggy song which attracted some children from a nearby village. 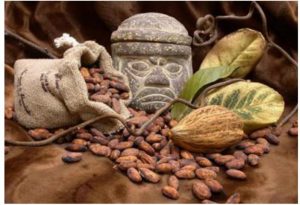 the humans and started to sing his frog song which they understood. Instead of going in and getting the pods themselves, they ran in fear to get their mother’s. The mother’s came to hear the frog song and did the same thing. They ran and got their men folk. When the entire families heard the frog song they went and found a large cacao tree, cut open the pods and discovered the delights of the Food of the Gods.

Nanahuatzin watched all this happening and although he wasn’t happy about any of it there wasn’t anything he could do about it now that his secret was out. Knowledge of this fruit grew rapidly and soon man was able to develop a smooth and very tasty hot drink from it which has become known as ‘cocoa’ or ‘hot chocolate’ which the Aztecs called Xocolatl.

Will Your Rates Move When the Fed Moves?