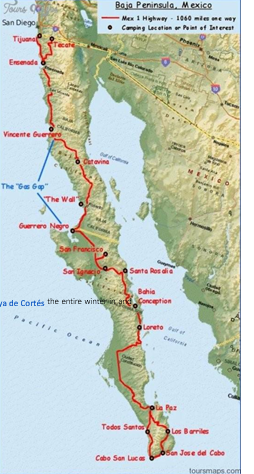 “Baja California is a unique recreational Paradise-in-the Sun, dominated by its 2,000 mile coastline. It pampers the jet set in its cities, hotels and resorts without the high-rise, high-tension setting common in other resort areas. Those craving outdoor adventures find a largely undeveloped, beautiful land where escape to another environment and culture is only a step away. Few visit Baja without knowing they have been in a very special place,  truly  a  magnificent  peninsula.”    Jack  Williams,     Baja author.

Not surprisingly, tens of thousands of snowbirds head south  every winter, the majority to the US, the more adventurous to Mexico, and some even farther south. Baja California and Baja California Sur (collectively known as Baja), Mexico have much to offer for almost every snowbird, even for those not-so-adventurous types. Many Canadians and Americans have experienced Los Cabos (the Cabos or the Capes), Cabo San Lucas and San José del Cabo, very popular destinations for cruise ships and all-inclusive resorts, without even realizing they are on Baja. Even though many Canadians and Americans spend Hotel Playa de Cortés the entire winter in and around Los Cabos, this is only the pre verbal “tip of the iceberg” of Mexico’s frontier.

With great access from Tecate, this can be just a day trip or perhaps an overnighter. Who knew such wonderful Wine Country existed just across the American-Mexican border? Officially referred to as Ruta del Vino de Baja California, this 70 km drive on Highway 3 puts you in the center of almost 100 different wineries. This region enjoys a Mediterranean temperate climate with perfect conditions for growing grapes and making high quality red and white wine.

El Valle de Guadalupe is 13 miles from the coast at an elevation of about 1000ft. The valley benefits from an oceanic condition called “upwelling”. Even though temperatures may reach up to 100º in the day, in the evening moist marine air comes flooding in to cool things off. This Wine Country rivals anything you have experienced in the Okanagan, Napa Valley or Niagara Escarpment.

Locally referred to as La Cenicienta del Pacífico, “The Cinderella of the Pacific”, Ensenada is the 3rd largest city in this northern Baja state and a much more relaxing place to visit than the much larger Tijuana or Mexicali. Ensenada has always been very popular with tourists from the north and, in more recent years, has emerged as a cruise ship destination. The old part of town features Hussong’s Cantina, the oldest in Mexico where the margarita drink was invented.

The establishment has seen many famous patrons such as Bing Crosby, John Wayne, Marilyn Monroe, Steve McQueen and Ronald Reagan. This historic area has dozens of shops and restaurants to enjoy and nearby a great fish market, cultural center and art gallery. South of town is Punta Banda and La Bufadora or Blow Hole. The action of this natural feature and gauntlet of vendors makes this a unique experience, well worth the drive. Spending a couple of days in Ensenada is not a problem as every kind of hotel, motel and RV park is available. 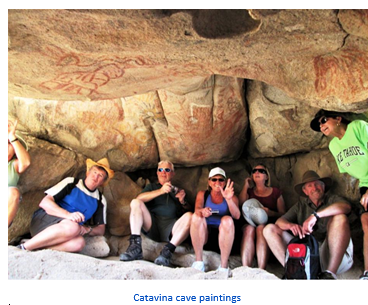 Located in the center of Baja, at over a 1000 feet of altitude, this entire region has much to offer hikers, naturalists, geology buffs and students of cave art alike. The landscape is nothing less than enchanting. It includes boulders, fields and very unique flora, including cactus such as the Cirios or Boojum. Catavina, and much farther south in central Baja, features over 300 cave art (also know pictographs) locations that were added to UNESCO’s list of World Heritage Sites in 1993. Visiting these prehistoric paintings, estimated to be about 9000 years old, can be as easy as a short 15-minute walk from Hwy 1 or as adventurous as a 2-day mule trip sleeping under the stars.

Guerrero Negro (Spanish for Black Warrior) is all about the whales and, to a lesser extent, salt! There are 3 locations on the Baja to see the Pacific Grey Whales in the winter. In our opinion, nothing compares to the experience provided in Guerrero Negro. Beginning in the Bering and Chukchi seas, and ending in the warm water lagoons of Mexico’s Baja peninsula, thousands of California Grey Whales make the round trip journey each year, through 12,500 miles of coastline. 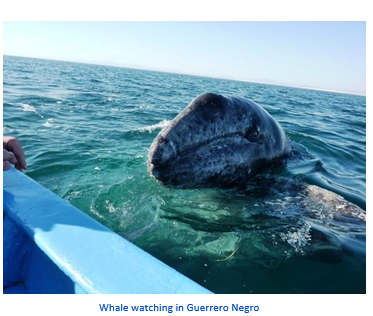 Travelling both night and day, the Gray Whale averages approximately 120 km (80 miles) per day. By mid-December to early January, the majority of the Gray Whales are usually found between Monterey and San Diego, where they are often seen from shore. The animals travel in small groups to the coastal waters of Baja California and the southern Gulf of California, where they breed and the young are born.

Whale watching in the salt lagoons is nothing short of extra ordinary. Some characterize this experience as breathtaking and a true wonder of the world. The mothers often push the calves right to the boats and you can actually touch them, up close and personal, for sure.

You can take your RV, simply drive and motel it or engage a bus tour out of San Diego to see this wondrous event. In March of this year, there were over 2700 whales in Scammon’s Lagoon. Our favourite whale watching company is Malarrimo. They have an RV park, motel, gift shop, convenience store and a great restaurant.

Mulegé, a date palm oasis located on the mouth of the Mulegé

River, on the Sea of Cortez, is the site of the only battle where the Mexicans were successful in preventing the invasion of American troops during the American-Mexican conflict (1846-1848). This sleepy village is very popular with RVers who congregate on the many beaches in the Bay of Conception, a short drive south. Other snowbirds have longer-term residences, both in town and communities in the region.

The Hotel Serenidad is a Baja legend, as was the owner Don Johnson, plenty of clean affordable rooms at reasonable rates and a great Saturday Night Pig Roast, a Mulegé tradition! Back in the day, Ray’s Place was a dinner night out to remember but there is still lots to see and do in this small village, very comfortable with an equal number of snowbirds and locals each winter. 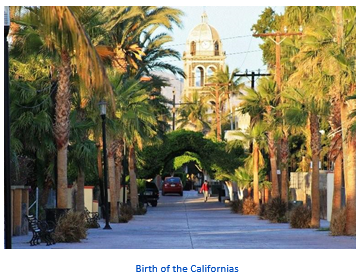 Loreto, Birthplace of the Californians

Founded in 1697, Loreto was the first permanent settlement anywhere in the Californias, including the US state to the north, and was the capital of both Californias for 132 years. Once a sleepy village where summer’s heat made for a laid-back pace for locals and visitors, very little changed until the 1960s, when anglers began to learn about the dorado, yellowtail, marlin, sailfish, grouper, rock seabass, roosterfish and other species being caught there. If you like to fish, this is the place to be, also known for great restaurants, a beautiful malecón (beachfront walk), and friendly people. 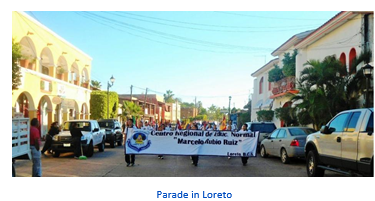 Loreto is also famous for “Nuestra Señora de Loreto” (Our Lady of Loreto) mission which was the first 17th-century development and which began the entire California mission system. The second of these missions is just outside of Loreto called San Javier. Loreto is very outdoorsy, with the centre of town having great shopping for tourists in a kind of market atmosphere. Again, lots of Canadian Snowbirds call Loreto home for the winter, with easy access and an International Airport. 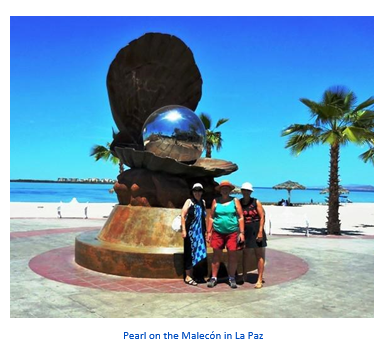 Spanish for “The Peace”, La Paz is the capital of Baja Sur and an important regional commercial center, having a metropolitan population of roughly 350,000 because of surrounding towns like el Centenario, el Zacatal and San Pedro. On May 3, 1535, Hernán Cortés arrived in the bay by La Paz and named it Santa Cruz.

He attempted to start a colony but abandoned his efforts after several years due to logistical problems. In 1596, Sebastián Vizcaino arrived, giving the area its modern name, La Paz. Once noted for its black pearls (metallic gray), they were harvested for over 400 years. In the late 1800s, the beautiful abalone shells themselves were harvested and shipped. By 1861, the population was about 800 people and was named a free port and was able to receive foreign goods. Now, Pichilingue is the principal port and ferry terminal which departs to Topolobampo and Mazatlan on the Mexican mainland. By 1941, the pearling industry had gone entirely, as the pearl oyster disappeared due to overharvesting and disease. Nobel Prize winning writer John Steinbeck visited La Paz and based his book The Pearl on his experience.

La Paz is as close to an old time Mexican City as you can find on Baja and eco tourism is by far the major source of tourism income in La Paz as people come to enjoy its marine wonders, as well as its diverse and often unique terrestrial species endemic to the region. Its diving, snorkelling, swimming with whale sharks and kayaking are considered second to none. 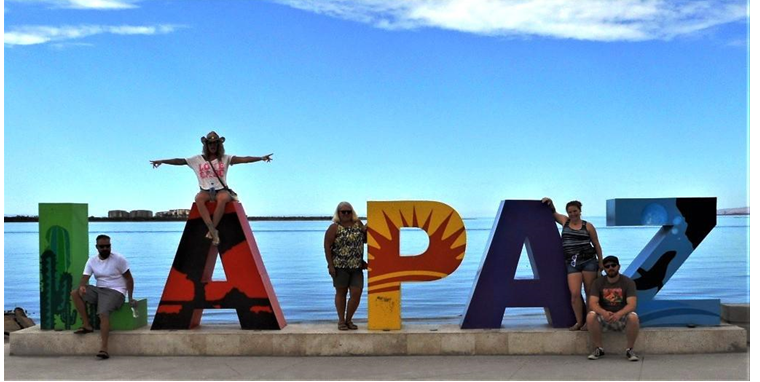 The Malecón (beach boulevard) Álvaro Obregón is five kilometres long where you will find the best restaurants, hotels, night clubs, bars and specialty stores. You can take a relaxing walk on its wide and well-illuminated sidewalks or just simply enjoy its reddish sunsets that include live music on the weekends. The annual Carnival (Carnaval) in La Paz is held mid-February, runs for 5 days and attracts tens of thousands of mostly Mexicans but is lots of fun for everyone who attends. We have had the opportunity to visit La Paz during Carnaval and no one has ever been disappointed with the parade which is held every day!

La Ventana is a small Mexican fishing village, located on the Sea of Cortez, just 35 minutes southeast of La Paz. So abundant is the region’s natural beauty that the explorer Jacques Cousteau referred to it as the “world’s aquarium.” Discovered by windsurfers 15 years ago, La Ventana has become the perfect kiteboarding and windsurfing spot, thanks to its steady winds from November to March and to its L-shaped sandy beach with side shore winds. Every January, enthusiasts and competitors alike gather from around the world for these winds.

Spanish for “All Saints”, this coastal oasis village was initially founded as a Mission in 1724 and emerged as a major sugar cane producer. In addition to The Hotel California, a favorite stop here because of the name associated with the song made famous by “The Eagles,” Todos Santos has long been special by father Jaime Bravo in 1723, theater, cultural center and museum, often open to the public and tourists all year round. This village hosts both an art festival and film festival annually during the winter and there has been a gradual increase in tourist activity and a boom in real estate development. Todos Santos is replete with handicraft shops, owner operated art galleries, upscale restaurants and boutique hotels. A favourite for us is Casa Bentley, a real treasure owned and operated by our friend Robert Bentley. 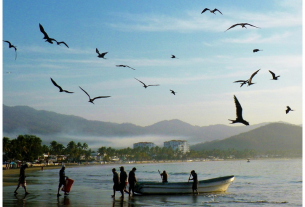 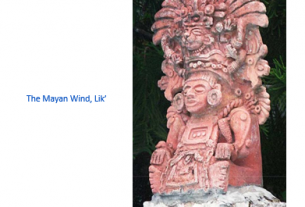 How the Oocho’ Got His Tail 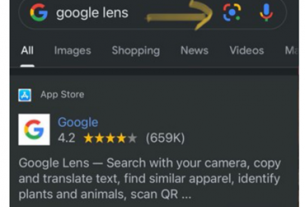 What breed of dog it that? How do I find out?