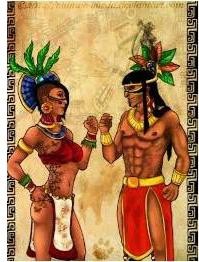 By Kirby Vickery from the December 2016 Edition

Quetzalcoatl gave life to the people of the fifth sun by gathering the bones of a man and woman who had survived the long flood and sprinkling them with his own blood. The gods created the world with blood and required the sacrifice of human blood to keep it intact. Some day, the fifth sun will meet its end in an all-destroying earthquake. [There is the key word: earthquake. Think of lots a falling stones and rocks.

Tezcatlipoca and the Toltecs

Tezcatlipoca was a Toltec god before he was adopted by the Aztecs. He possessed a magical mirror that allowed him to see inside people’s hearts, and the Aztecs considered themselves his slaves. In his animal form, he was a jaguar. His dual nature caused him to bring good fortune sometimes and misery at other times.

Our story begins when he took the form of an Indian of the name of Toueyo (Toveyo) and turned his steps to the palace of Uemac, chief of the Toltecs. King Uemac had a daughter so fair that she was desired in marriage by many of the Toltecs, but all to no purpose, as her father refused her hand to one and all.

The princess, after seeing and literally drinking in the false Toueyo passing her father’s palace, fell deeply in love with him, and she ranted and raved about this young man so much that she became seriously ill because of her longing for him. Uemac, hearing of her continual outburst, came to her apartments and inquired of her servant women as to the cause of her illness.

They told him that it was because of her sudden passion which had seized her for the Indian who had recently come that way. Uemac at once gave orders for the arrest of Toueyo, and he
was brought before him. “Whence come you?” inquired Uemac of his prisoner, who was very scantily attired.

“Lord, I am a stranger, and I have come to these parts to sell green paint,” replied
Tezcatlipoca.

“Why are you dressed in this fashion? Why do you not wear a cloak?” asked the chief.

“My lord, I follow the custom of my country,” replied Tezcatlipoca.

“You have inspired a passion in the breast of my daughter,” said Uemac. “What should be done to you for thus disgracing me?”

“Slay me! I care not,” said the cunning Tezcatlipoca.

“Nay,” replied Uemac, “for if I slay you my daughter will perish. Go to her and say that she may wed you and be happy.”

Now the marriage of Toueyo, to the daughter of Uemac, aroused much discontent among the Toltecs; and they murmured among themselves, and said: “Wherefore did Uemac give his daughter to this Toueyo?”

Uemac, having got wind of these murmurings, resolved to distract the attention of the Toltecs by making war upon the neighbouring state of Coatepec. The Toltecs assembled, armed for battle and, having arrived at the country of the men of Coatepec, they placed Toueyo in ambush with his body-servants, hoping that he would be slain by their adversaries. But Toueyo and his men killed a large number of the enemy and put them to flight.

His triumph was celebrated by Uemac with much ceremony. Knightly plumes of both plants and birds were placed upon his head and his body was painted with red and yellow. This was an honour reserved for those who distinguished themselves in battle.

Tezcatlipoca’s next step was to announce that he was giving a great feast in honour of Toueyo, to which all the people for miles around were invited. Great crowds assembled and danced and sang in the city to the sound of the drums. Tezcatlipoca sang to them and forced them to beat the rhythm of his song with their feet. Faster and faster the people danced, until the pace became so furious that they were driven to madness. At this point in time, they lost their footing and tumbled helterskelter down a deep ravine. At the bottom, they were changed into rocks. Others, in attempting to cross a stone bridge, also lost their balance and found themselves into the water below only to be changed into stones as well.

On another occasion, Tezcatlipoca presented himself as a valiant warrior named Tequiua and invited all the inhabitants of Tollan and its environs to come to the flower garden called Xochitla. When assembled there, he attacked them with a hoe and slew a great number, and others in panic crushed their comrades to death.

Tezcatlipoca and Tlacahuepan (the son of the Aztec emperor Moctezuma II), on another occasion, repaired to the market-place of Tollan, the former holding in the palm of his hand a small infant whom he caused to dance, weave and bob and to frolic in the most humorous manner. This infant was, in reality, Huitzilopochtli, the Nahua god of war.

At this sight, the Toltecs crowded upon one another for the purpose of getting a better view and their eagerness resulted in many being crushed to death. So enraged were the Toltecs at this that, upon the advice of Tlacahuepan, they slew both Tezcatlipoca and Huitzilopochtli.

When this had been done, the bodies of the slain gods gave forth such malevolent stench that thousands the Toltecs died of the pandemic. The god Tlacahuepan then advised them to cast out the bodies before even worse things should befall them, but on their attempting to do so, they discovered their weight to be so great that they could not move.

Hundreds wound cords around the corpses, but the strands broke and those who pulled upon them fell and died suddenly, tumbling one upon the other, and suffocating those upon whom they collapsed. 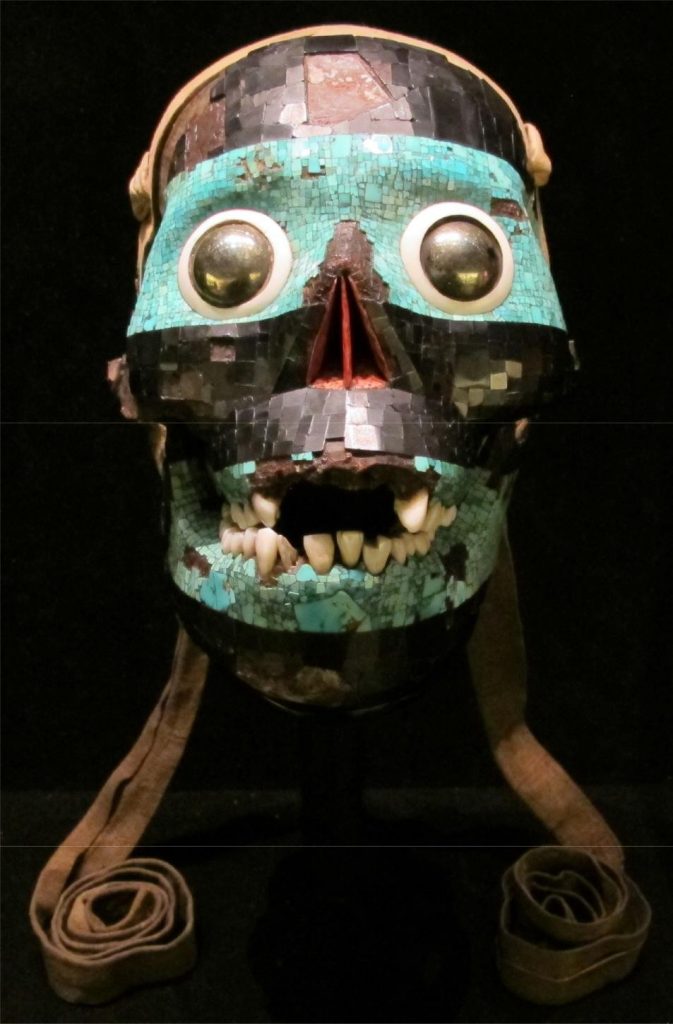 Stock Market Getting You Down? Decide Not to Panic