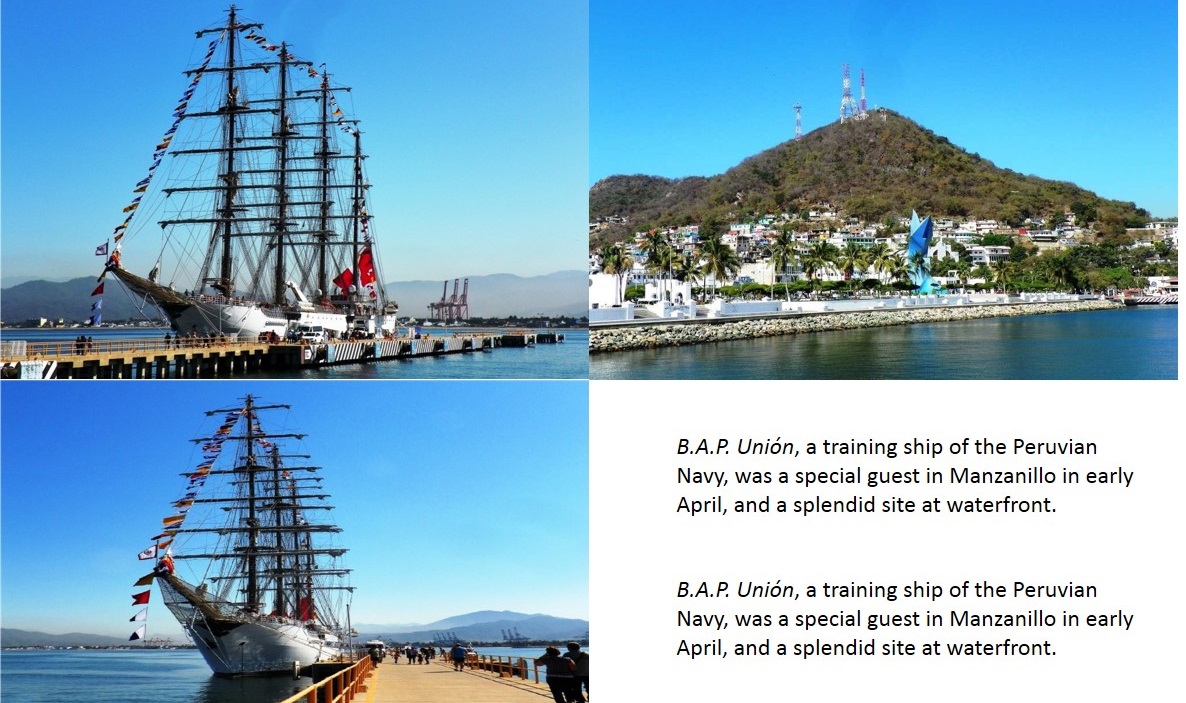 By John Chalmers on the May 2019 Edition

Twenty-four hours a day, all year long, container ships, bulk cargo ships and other vessels transporting commercial goods are seen entering and leaving the port of Manzanillo. Occasionally, an ocean liner carrying passengers on a cruise will arrive early in the morning and leave at evening to continue a vacation voyage at sea. 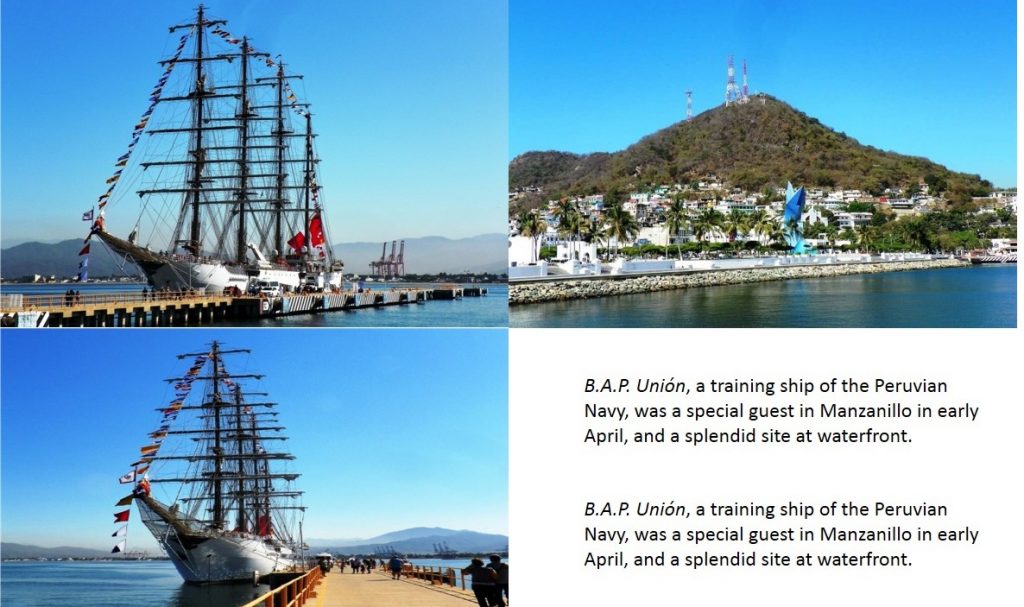 But a rare sight is a four-masted sailing ship, longer than a football field, docked at central Manzanillo! It happened in ear-ly April when B.A.P. Unión arrived from its home port of Callao, Peru, the country’s principal seaport, located near the capital city of Lima. The magnificent ship is both a training ship of the Peruvian Navy and a seafaring goodwill ambassador for its country. Manzanillo was the first foreign port of call for Unión since leaving home on March 16. On April 6-8, while the ship was at Manzanillo, its officers and cadets welcomed the public aboard for a free tour of the upper decks. After a short briefing and after receiving a brochure, visitors were given opportunity to roam the ship and marvel at its stunning appearance. 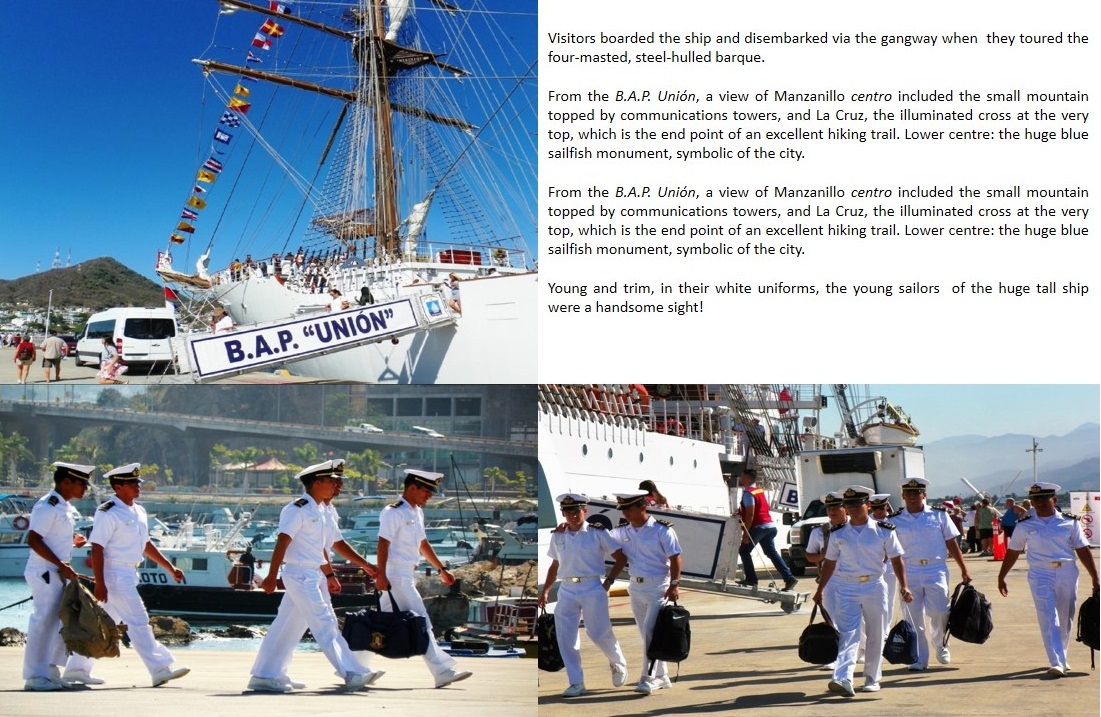 Sales onboard provided visitors a chance to purchase mementoes of their experience. Fridge magnets, key chains and dolls; pens, pins and coffee mugs; t-shirts and caps were available. So was pisco liquor and the syrup needed to make a Pisco Sour. All the purchaser needed to add when returning home to make one was ice and lime juice, which is easily available as there is no shortage of limones in Manzanillo! For anyone not familiar with that traditional Peruvian drink, free samples were offered.

B.A.P. Unión was built in Peru from September 2012-15 and commissioned on January 27, 2016. In July 2017, in an Atlantic voyage, the ship visited Charlottetown, Prince Edward Island, in a Tall Ships Regatta, held as part of the celebrations there of Canada’s sesquicentennial the country’s 150th birthday. Later that month, the ship crossed the Atlantic Ocean for visits to London and Rotterdam. Unión is now sailing the Pacific.

Its journey will take it to San Diego, California, Vancouver, British Columbia, and then Hawaii. Crossing the ocean again, it will stop in Mazatlán and Panamá, then return to home port in Peru on July 26.

B.A.P. Unión is the largest sailing ship in the western hemisphere and the second largest in the world. It is a steel-hulled ship with an overall length of nearly 116 meters and a beam of 13.5 meters. The four masts, over 50 meters high, carry a total of 34 sails. When needed, a single diesel engine powers the ship. As part of their education, among the crew of 250 officers and cadets, naval trainees on board are taught navigation, meteorology, oceanography, and naval operations and maneuvers.

In an age of ships that can carry thousands of containers, battleships, aircraft carriers, and liners that accommodate thousands of passengers, B.A.P. Unión harkens back to the time of sailing ships that explored the Seven Seas, but trains sailors to-day in basic skills still needed in a modern navy. 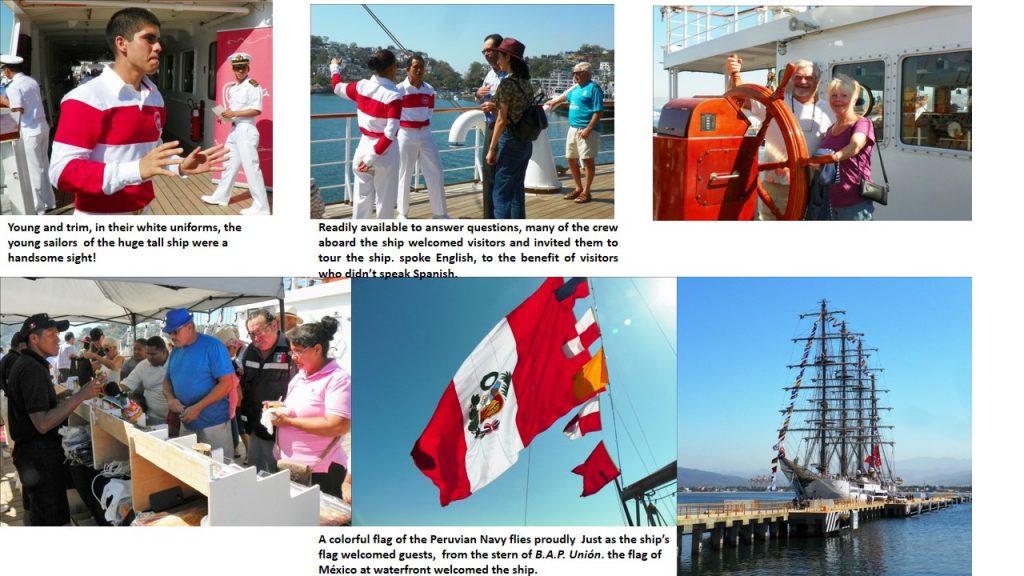 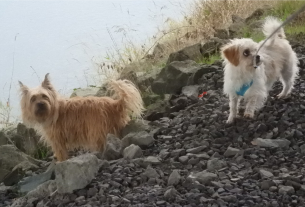 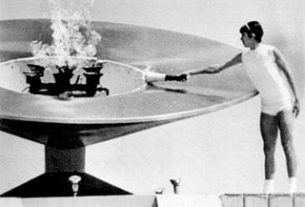 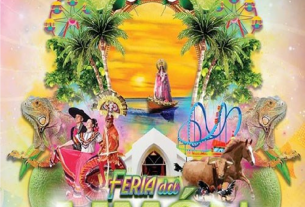